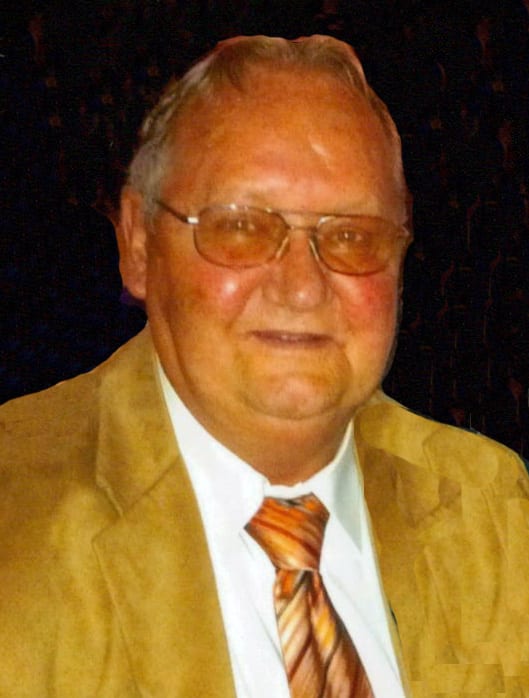 McNEIL, Frank R. Sr., 76, of Wheeling, W.Va., died Saturday, September 5, 2015 at Wheeling Hospital.
He was born June 16, 1939, in Wheeling, a son of the late Thomas A. McNeil and Alice Mae (Dugan) McNeil- Forrester. He was Methodist by Faith and was a retired machine specialist for Wheeling- Pittsburgh Steel. He was a veteran of the U.S. Marine Corp and served as a sergeant and medic in the U.S. Army Reserve. He was a past Monarch at the El Tor Grotto in Wheeling and a 32nd Degree KCCH past Major of the Scottish Rite. He was a Master Mason of the Bates 33 Lodge – Wheeling Lodge 5. He was a member of AARP, SOAR, the Cave Club, the Wheeling Island Community Association, the York Rite Commandry, the Osiris Shrine, the Legion of Honor, and the Master Gardeners Club. He coached wrestling at the YMCA and the Wheeling Island Small Fry League.
In addition to his parents, he was preceded in death by one brother, Thomas McNeil, one sister, Patricia Jacovetty, and two brothers-in-law, William Rine and Charles (Buddy) Jacovetty.
He is survived by his loving wife of 55 years, Rosalie M. (Baker) McNeil; one daughter, Kathleen McNeil (Brian Scott) of Wheeling; three sons, Frank R. (Connie) McNeil Jr. of Tiltonsville, Ohio; Michael P. (Lisa) McNeil of Wheeling; Bruce A. (Pam) McNeil of Bethlehem; one sister, Mary Lou Rine of Wheeling; three brothers, Malcom (Andrea) McNeil of Blaine, Ohio, James E. (Sue) McNeil of Md., and Joe (Sue) Forrester of Wheeling; seven grandchildren, R.J. Myers, Alana Myers, Lacy (Chris) Boughan, Franki Lynn McNeil, Liam McNeil, Haley McNeil, and Brennan McNeil; seven great grandchildren; and several nieces and nephews.
Friends will be received on Tuesday, September 8, 2015 from 2-4 & 6-8 pm and on Wednesday, September 9, 2015 from 10 am until time of funeral service at 11 am at the Altmeyer Funeral Home, Elm Grove Chapel, 154 Kruger Street, Wheeling with Rev. Glen Baker Jr. officiating.
Frank was a hero to his family and a friend to everyone he met.
In lieu of flowers, memorial contributions can be made to the Shriners Hospital for Children, 1645 West 8th St, Erie, Pa. 16505 <http://www.bing.com/maps/default.aspx?cp=42.1143~-80.11981&where1=Shriners%20Hospital%20For%20Children&ss=ypid.YN744x143207711&FORM=SNAPST>
Online condolences may be expressed to the family at www.altmeyer.com <http://www.altmeyer.com>

Frank, so sorry to hear about your father . Your in our prayers. Jason Watson

Tom and Marlene wish to send our Sympathy to Rosalie and her family. We are so so sorry for your loss. Frank was a very good man and friend to many. To us,he will always be our best friend forever.RIP Frank!

Frankie and Connie
We are so sorry for your loss. May God give you the peace and strength to continue your lives. We know the pain of losing a father and our thoughts are with you
Your friends
Sandy and Norm Greenwood

May your memories of Frank R. McNeil, Sr., give you peace, comfort and strength…

So sorry to hear about Frank’s death. My love and sympathy to all the family.

Bruce, Pam, and Family,
We are so sorry to hear of the lose of your father. We are sending prayers and condolences at this time to help comfort your family. May he RIP…

Bruce, Pam, and Family,
We are so sorry to hear of the lose of your father. We are sending prayers and condolences at this time to help comfort your family. May he RIP…

Bruce, Pam, and Family,
So sorry to learn that your father has passed away. In this time of need we are sending prayers and condolences to help comfort the family.

we are so very sorry for your loss. Frank will always be remembered as a great man.

we are so very sorry for your loss. Frank will always be remembered as a great man.