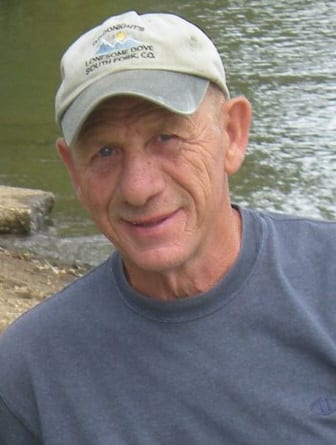 Pierson, Franklin Junior, 69, of Moundsville, W.Va. passed away on Thursday, September 29, 2016, after a courageous battle with cancer at Liza’s Place in Wheeling.

He was born April 16, 1947 in Aleppo, Pa., a son of the late Frank and Lucille (Grinage) Pierson. Frank was a retired employee of American Electric Power. He was a veteran of the United States Army and served our country in the Vietnam War. Frank was Christian by faith. He loved spending time outdoors, was an avid hunter, and enjoyed many yearly trips to Canada and Colorado with his hunting buddies. He cherished family vacations, spending time with those he loved, adored his granddaughter, and loved cheering her on as she played sports.

Friends will be received on Sunday, October 2, 2016 from 2-8 pm at the Altmeyer Funeral Home, Lutes & Kirby-Vance Chapel, 118 Grant Avenue, Moundsville, where funeral services will be held on Monday, October 3, 2016 at 11 am with Rev. Douglas Ondeck officiating. Interment will follow in Mount Calvary Cemetery, Wheeling, with military honors.

Online condolences may be sent to the family at www.altmeyerfuneralhomes.com

My name is Bill Fasbinder and I served with a Frank Pierson in Vietnam. We were with the 101st Airborne. I just came across an address where he lived in Wind Ridge PA. I am just curious if this is the same Frank. Either way I am very sorry for your loss.

May your memories of Franklin J. Pierson, give you peace, comfort and strength…

Arlene Tony Lorri and Tristen, We are so sorry for your loss. May your wonderful memories comfort you at this difficult time. Our thoughts and prayers are with you all. Persinger Family

So sorry to hear of Frank’s passing. We weren’t close, but I always considered the entire family good friends of mine. Sending prayers of sympathy and comfort.

havent seen you all in so long ..i was sorry to hear the sad news from so far away …im sure you are missed from so many close friends and close family ..prayers to all you in this time of loss

We are saddened for your loss. Our love and heartfelt condolences to Arlene, Tony and the rest of his family.

His love for Tristen and his family was special. Prayers to all of you during this loss.

We had a lot of good times going to their house playing ball.