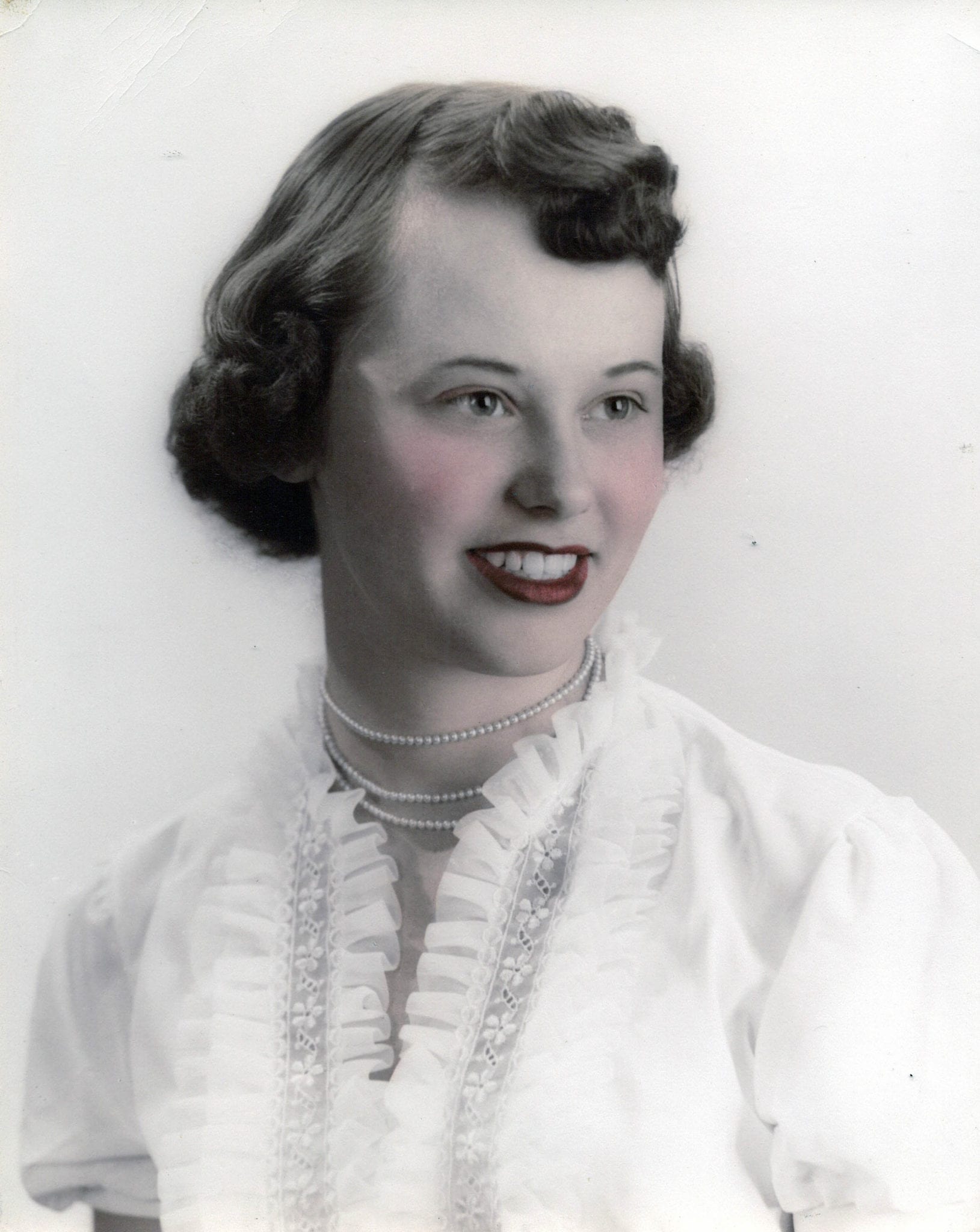 Reinbeau, Frieda “Aileen” Criswell, 79, of Wheeling, died Saturday August 19, 2017 in Liza’s Place, Wheeling.
She was born on September 5, 1937 in Wheeling, the daughter of the late John and Betty Mae Prager Criswell
Aileen was a loving wife to Ron for 62 years and a loving mother and grandmother.
Aileen was a retired Insurance Clerk with Wheeling Hospital and a member of Riverview Bible Church. Bellaire, Ohio.
In addition to her parents, she was also preceded in death by a daughter, Gwen D. Reinbeau, a granddaughter, Jamie Lynn Smith, a brother, Harold Criswell, three sisters, Beulah Stork, Madelyn Criswell and Leona Kirchner.
Surviving are her husband, Ronald W. Reinbeau, a son, David W. Reinbeau (Shelly) of Wheeling, a daughter, Terri Lyn Reinbeau Smith of Wheeling, a brother, John Criswell (Kay) of Wheeling, three grandchildren, Jessica Smith, Cheyanne and Shae Reinbeau, several nieces and nephews.
Family and friends will be received on Tuesday August 22, 2017 from 2-4 pm and 7-9 pm at Altmeyer Funeral Home, 1400 Eoff Street, Wheeling where services will be held on Wednesday, August 23, 2017 at 11 am with Pastor Kevin Rowland officiating. Interment to follow in Greenwood Cemetery, Wheeling.
Memorial contributions may be made to Riverview Bible Church, Ohio, 43906.
Online condolences may be made to the family at www.altmeyerfuneralhomes.com.

Pug, Dave & Terri, I am so sorry to hear that Aileen has passed, but I know she is having a great time with Gwen now. Gwen met her with open arms. I will keep yo all in my prayers!!

Ron, Our condolences to you and your family. When I come up to Ohio to visit my folks and come to church, she was always by your side. She was a sweet lady. God Bless

Poogie and family, I’m so sorry for your loss. I can’t make it over, but you and your family are in my thoughts and prayers.

Sorry to hear of your loss. My thoughts are with you during this difficult time.

Sorry to hear of your loss. My thoughts are with you during this difficult time.

My dear cuz,Aileen will be missed,she was a wonderful lady

My sincere and deepest condolences to the family and friends of Aileen. Denny Albaugh

Dear Ones —
May God’s peace and blessings be yours during this most tender season; and, may He give you many lovely memories, so that you may always have roses in December.