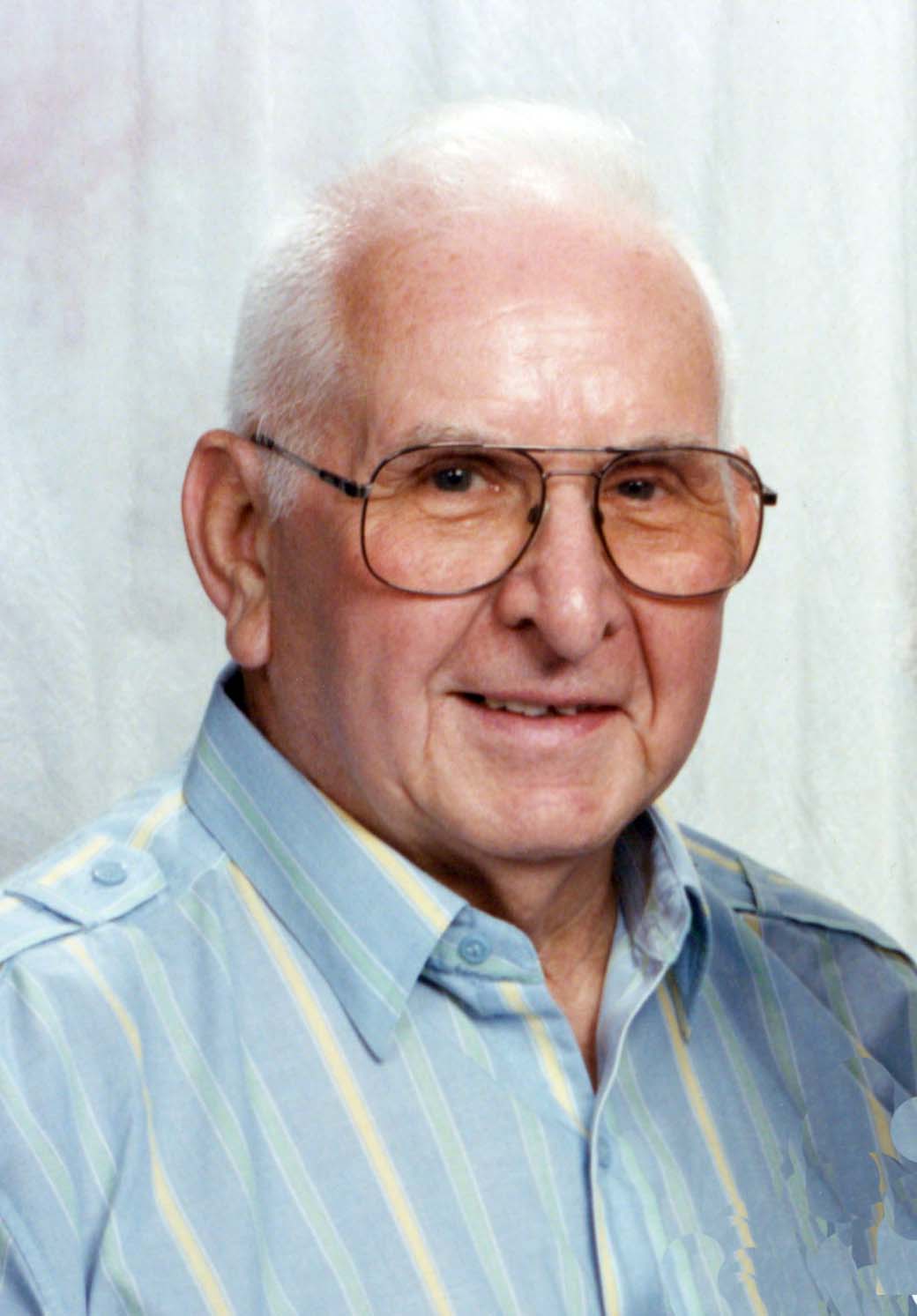 Evans, Friend J.,86, of Wheeling, passed away on August 6, 2015 at Peterson Hospital.
He was born August 19, 1928 in Wheeling, a son of the late Friend and Mary Henry Evans.
Friend was a retired Foreman with the City of Wheeling Street Dept., and a member of St. Alphonsus Catholic Church.
In addition to his parents, he is preceded in death by one son, Joseph Russell Evans, three brothers, Russell, George and Richard Evans, a half-brother, Francis Evans, a half-sister, Bertha Ochsenbein.
He is survived by his loving wife of 66 years, Lois Greenwood Evans, three children, Yvonne M. (Michael) O’Connell, Diane L. Moore, John Wayne Evans, all of Wheeling; 7 grandchildren, 11 great-grandchildren, several nieces and nephews.
Friends received 2-4 and 6-8 p.m. Sunday at the Altmeyer Funeral Home, 1400 Eoff St., Wheeling, where Vigil services will be held at 7:00 p.m.
Mass of Christian Burial will be celebrated at 11:00 a.m. Monday, August 10, 2015 at St. Alphonsus Catholic Church, Wheeling.
Interment in Halcyon Hills Memorial Gardens.
Offer condolences online at www.altmeyer.com

Yvonne and family, I am so sorry for your loss. I have good memories of your dad and he was a good friend and co-worker of my dad.

Mrs. Evans, John, and the family of Mr. Evans. I send to you my sincere thoughts and prayers. Mr. Evans, even though I haven’t seen for quite awhile will always be remembered and a sincere, friendly and loving guy. Alot of conversation when we were all at St. Alphonsus. Sincerely, Robert, Debbie and Frankie Gessler.

sorry for your loss. Yvonne I am here if you need to talk

One of my favorite memories is how I eas scared of you when I first met you but you were just a big ole teddy bear who loved his famuly. Your loved shone through with each of your grandchildren when they were with you. How they always wanted to stay with youand grandma even though they lived aacross the road from you. Your love for them is engraved in our hearts. They and I will never forget you

Pappy, I will always hold in my heart all the memories I have of always coming to your house . You and grandma were my best friends when I was growing up, sometimes I don’t even think you realized how much you impacted my life. You were and always will be my angel who was always there for me and I will greatly miss you more then you will or could know . I know you are resting easy now and are watching and waiting until we meet again. I love you so much PAPPY ,you will be greatly missed and never forgotten love you always Corrin Alta

Many happy memories i will keep in my heart, the love you gave to your family,the kindness you bestowed to others. The world is a better place becausr you were in it. Rest in peace,JACK EVANS. You always treated me like I was one of your children, and when I needed someone to listen you and Lois were who I turned to. You will always be loved by me.