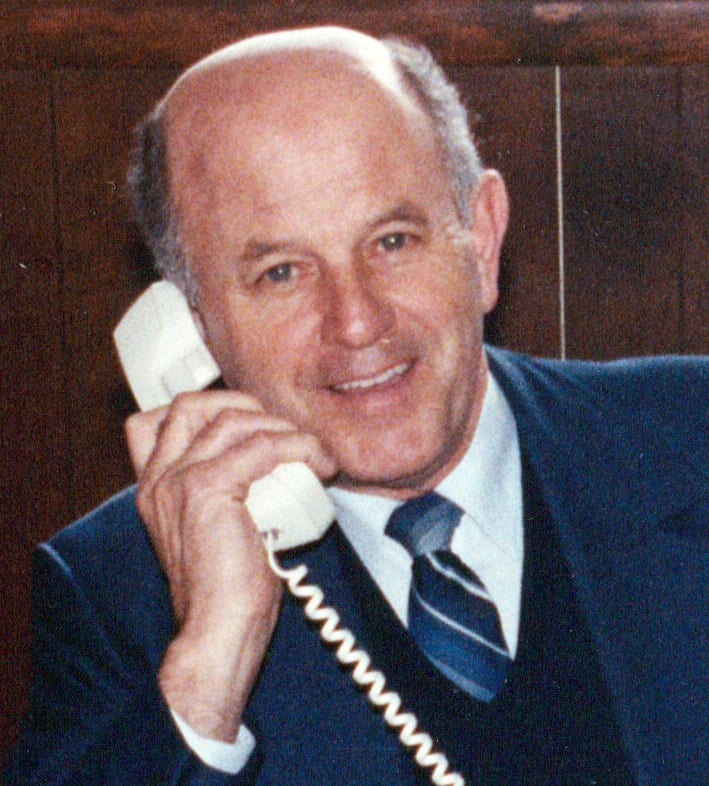 He was born on October 9, 1923 in Wheeling a son of the late George Michael and Blanche Schiffer Fahey.

Friends will be received on Sunday, December 3, 2017 from 3-6pm at Altmeyer Funeral Home, 1400 Eoff Street, Wheeling.

Funeral Liturgy with mass will be celebrated on Monday  December 4, 2017 at St. Alphonsus Catholic Church at 10:00am,  with the Msgr. Joseph Peterson and Msgr. Bakhos Chidiac as celebrants.

Entombment will be held at Mt. Calvary Cemetery Mausoleum, Wheeling.

Memorial contributions may be made to St. Jude Children’s Research Hospital on-line at www.TMCfunding.com

On-line condolences may be expressed to the family at www.altmeyer.com

Deepest condolences to George’s family. It was an honor and priviledge to work with him at the Wheeling Post Office as a carrier, then in supervision. God bless.

Mary Theresa, so sorry for the loss of your father. Such a sad time. Prayers for you and all of your family…

Very sorry for your loss, Mike. I remember your dad as a welcoming, fun guy full of life. It was a always a pleasure being in his company. I recall being invited to your home to celebrate my return from Vietnam while you were still serving there. It’s a special memory.

Mike and Family, I am sorry to hear of the passing of your Father. You and your Family will be in my thoughts and prayers and I will have a Mass said for Him. May He rest in peace.

George was always really interesting to talk to and we’ll miss seeing him at Pat’s. He explained his Thin Blue Line patch to me. We were all lucky to have him around, but I know you will all miss him terribly.

Michael and Jackie, we are so sorry to hear of George’s passing. He was truly a wonderful, kindhearted man who brought joy to everyone he met. His great outlook on life is one we should aspire to achieve. God bless you and your family.

My sincere psympathy in honor and respect to an outstanding patriot.

Mike and Family,
I fondly remember your dear Dad as a very kind, jovial, and downright funny man. My deepest sympathy to you, and yours, at this sad time.
Linda Leinweber Melko

My sincere and deepest condolences to the family and friends of Mr. Fahey. The Fahey Family has always been a big part of my life growing up in South Wheeling.

Truly a “Great” man. Very kind and funny. A monumental example of compassion and love. George was always a shining example of how a real man honored and adored his wife. He made a profound impact on me in numerous ways. Love you George!!!