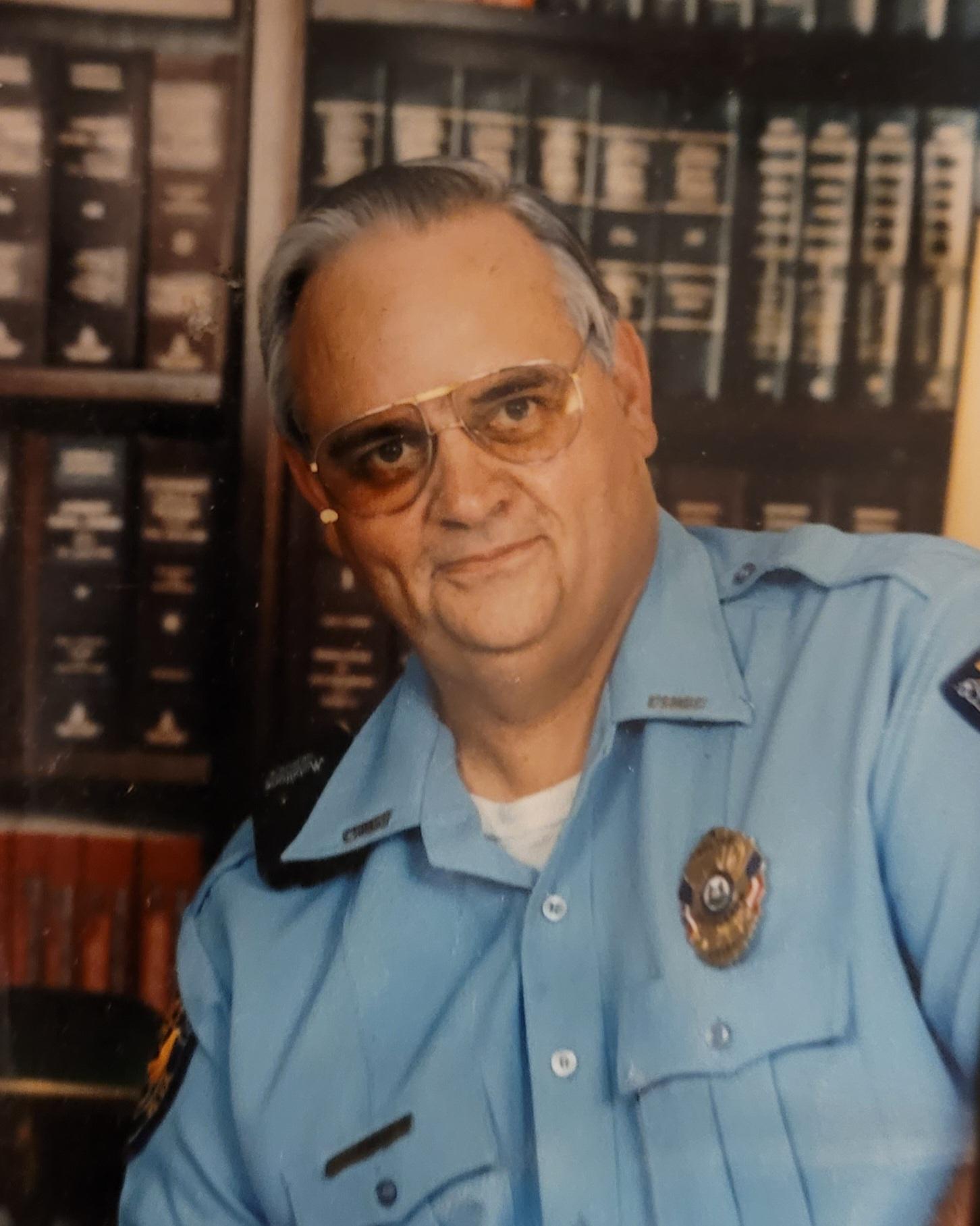 George joined the United States Navy when he was just 17 years old. He and Patricia married
and began their family shortly after. They lived throughout the United States as well as
Germany, Scotland and Guam. Through the years, their family grew, as did his career. He was
proud to be a plank owner of the USS Chilton. He retired from the US Navy after 20 years and
they returned to Benwood, WV.

Retirement meant he could spend more time bowling and playing golf, but he decided to support
the community he loved by working in law enforcement. Throughout his law enforcement career,
he served as Marshall County Deputy Sheriff, Chief of Police in McMechen and Chief of Police
in Bethlehem. He spent over 50 years in uniform and was honored to serve his country,
hometown, friends and neighbors.

George was preceded in death by his son, Gerald Paugh, his parents, George Paugh and
Marcella (Crebs) Paugh Stasel, as well as his brothers, Tommy Paugh and Ronnie Paugh.

The family will receive friends on Sunday, August 14 from 2-4pm and 6-8pm at Altmeyer Funeral
Home in McMechen. The funeral will be held at the same location on Monday. August 15 at
11:00am with burial at Greenwood Cemetary on National Road to follow.

Memorial contributions can be made to The Wounded Warrior Project by visiting www.tmcfunding.com

George was one of the nicest people I have ever met. He was a friend to everyone and he will be missed by all. He devoted his life with helping and protecting his fellow man and woman. Thank you, George, for your service. Rest with the angels in Heaven, my friend. ❤️

The 80’s kids of Bethelem WV

George was A true gentleman in and out of uniform. …….a Cops Cop and a Mans Man. He went above and beyond and gave the kids of Bethlehem 150%
Our parents never had to worry about us when George was on duty.

We never remember a Cop or a Chief of Police for that matter that helped us cross the street after school, gave us candy on patrol and made sure that we all made it home safe. He always kept us in line. He cared much more than he should have. George aleays asked if we needed anything, of our grades were good and if we were staying out of trouble.

The good Lord needed a Saint and a protector so he called Big George. We have no doubt that George is filling that role at 150% or more.

I am so sorry for your great loss! Please accept my deepest sympathy.

We remember George fondly as a kind and gentle man who carried out his duties with dignity and respect for all. Peace to Patty at this time of loss.

I first “met” George when he worked in Bethlehem. Every morning, rain, shine, snow, sleet, whatever, he was directing traffic with a smile on his face and a wave. I really got to know him when I started working at the Marshall County Courthouse. Every time I saw him, he would say “there’s my babydoll” and I was greeted with a hug and a kiss. I remember crying happy tears when he came back to work after his cancer battle. I am so very sorry Miss Patty and his family, for your loss. He will truly be missed.

Remembering Pat and Georges’ family in our prayers. We fondly remember George when he was a police officer in Bethlehem. He always kept an eye on our young drivers.!!! He was love by everyone in the village, young and old. He was a kind and fair cop loved by all.

Patty I am sending you my deepest sympathy and prayers on the death of your husband George. My heart goes out to you and your family. May he rest in peace. God Bless.

I first met George when he was a Marshall County Deputy and I was a Moundsville Police Officer. He was a stocky man always with a cigar. He always seemed pleasant and happy go lucky.
I then had the honor to follow in his footsteps as Chief of Police in McMechen. I can tell you that was hard. The people of McMechen loved him. He left me a great place to work. He would often stop by to check on me.
God Bless George and his family and friends.

My sincere and humble condolences to the family and friends of George. Denny Albaugh