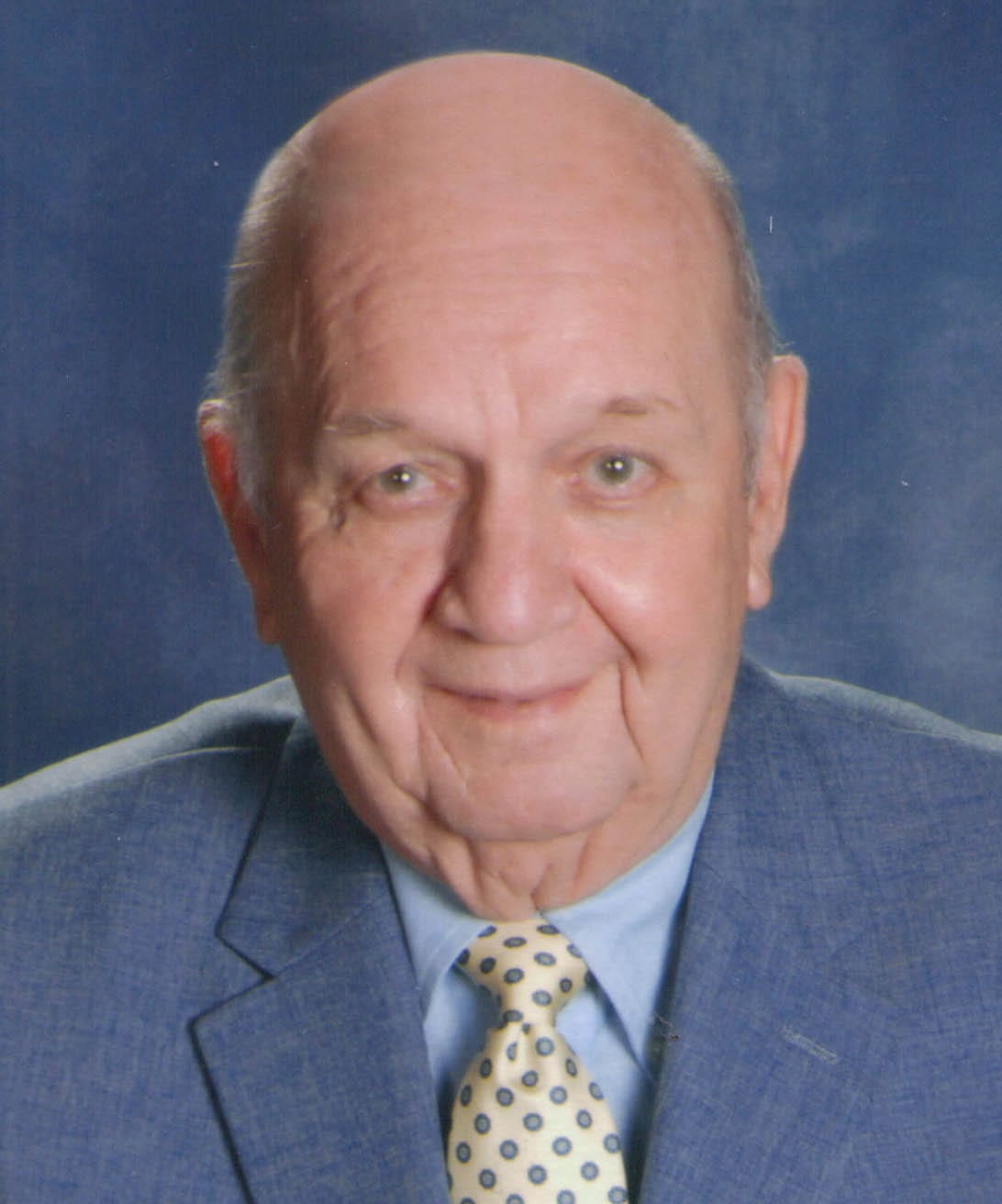 George “Sonny” Edward Janetski, 83, of Glen Dale, WV, passed away on Friday, March 26, 2021 at Wheeling Hospital.
George was born July 8, 1937 in Wheeling, WV, son of the late Edward and Mildred (Visnic) Janetski.
He was a 1955 graduate of Wheeling High School, former employee of Topps For Men Clothing Store, Retired from the former Bernhardt’s Mens Store, Knights of Columbus Carroll Council No. 504, past Grand Knight, Cave Club Honorary member, Wheeling High School Reunion Committee Member since 1960, member of St.Jude Catholic Church, Glen Dale and a US. Army Veteran.
In addition to his parents, he was preceded in death by his brother, James Janetski and infant sister, Martha Janetski.
He is survived by his wife of 52 years, Linda Rose (Vianelli) Janetski of Glen Dale; two sons, Eric Janetski of Cambridge, OH and Jeff Janetski of Pittsburgh, PA; sister, Barbara Janetski of Wheeling, WV; nephews, Brian (Heidi) Janetski and their children, Jackson and Ellie Janetski of Columbus, OH, Doug Williams of Arizona and Tom (Julie) Williams of Alabama; nieces, Martha Jean Janetski, Jodi (Karen) Janetski of Columbus, OH and Shari (Tracey Sapko-Williams ) of PA and Michelle Janetski of Columbus, OH and several other nieces, nephews and cousins.
Friends will be received on Monday, March 29, 2021 from 3-6 pm at Altmeyer Funeral Home, Wheeling Chapel, 1400 Eoff Street, Wheeling.
Mass of Christian Burial will be held on Tuesday, March 30, 2021 at St. Alphonsus Catholic Church at 10am with Msgr. Samuel Sacus & Rev. John Ledford serving as Celebrants.
Entombment will follow at Mt. Calvary Cemetery, Wheeling.
Memorial Donations may be made to St. Jude Catholic Church, St. Alphonsus Catholic Church or the Knights of Columbus Carroll Council no# 504, Wheeling.

Barb, I was very sorry to see that your brother had passed away. You and your family are in my thoughts and prayers at this difficult time. May all of your happy memories of your brother help ease your pain.
Karen Shipley

Linda, I’m so sorry for your loss. Sending sympathy and prayers.
Jennifer Loudermilk

Dear Barb,
So sorry about your brother, Sonny. Sending our sympathy and prayers to you and all his family.
Sincerely,
Marilyn Przelenski Groome

Beautiful video tribute to such a kind man. Don’t remember a time when he didn’t have that smile on his face. Praying for you all.

Sorry to hear of George’s passing. Many good times at Topps in Wheeling. George was a great guy.

Aunt Linda,Eric,and Jeffrey- I send my love and my prayers for all of you.I truly loved Uncle Sonny and will always remember his smile..it was the one thing I thought of,when I thought of him ❤
I wish I could be there,and give each of you a hug,but I haven’t been able to get off work.
I will be praying for you,and hope you find comfort in your memories…you sure have made alot of them together ❤❤ Love You All!

All of my memories of Uncle Sonny,are with a smile on his face..so that’s what I remember the most. May we always feel his smile,looking down on us.❤

May your memories of Charles Edward Janetski, give you peace, comfort and strength…

Dear Linda,Eric, Jeff and Barb, so sorry for your loss. We shared a lot of good times together. He was very special in many ways. Remember the good times . Sorry I cannot be there for his service, but I am there in thoughts and prayers. Love you.
Honey

Dear Linda and family,
My heart goes out to you for the loss of Sonny!! What great neighbors you all were for many many years while growing up!! I will never forget his infectious laughter and kindness! I pray for your strength during this most difficult time! Hugs Linda!