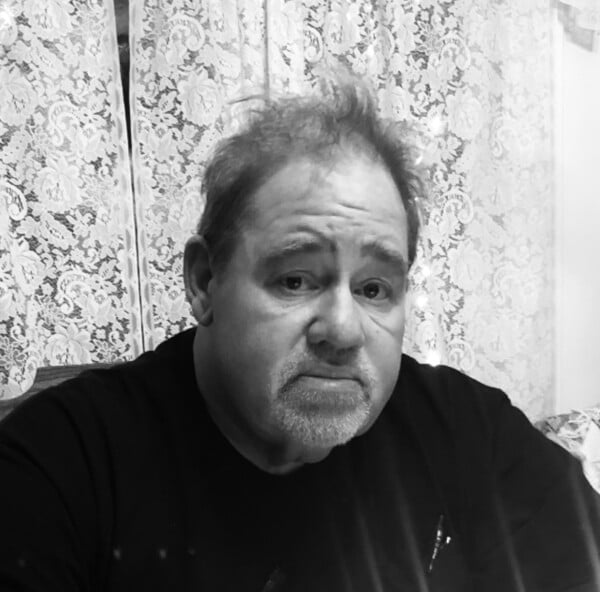 Gerald G. “Jerry” “Jake” Jacovetty, Jr. was called home on Thursday, October 27, 2022, by his Lord and Savior Jesus Christ to live in paradise for eternity with the blessed trinity. He will be welcomed home by many family members, but no meeting will be sweeter than that with his beloved son Tyler Addison.

Jerry was preceded to heaven by his mother, Lolly Jacovetty; his infant sister Marjorie Beth; and son Tyler Addison Jacovetty.

Aside from the birth of his children, if you would ask Jerry what the highlight of his life was, he would talk of meeting his wife, Cathy. They met working at the Capital Music Hall in Wheeling. Their love spanned a 40-year marriage.

Jerry was proud of his roots of being raised on Wheeling Island and the camaraderie that existed within that community. He was a 1976 graduate of Wheeling Central Catholic High School and remained a member of that community until his death. He graduated from West Liberty College with a degree in accounting and became a Certified Public Accountant, and later attended and graduated from WVU Law School in 1989. He was extremely proud to be both a CPA and attorney. He retired from law in 2019.

One can’t help but mention his contribution to the beginnings of Jamboree in the Hills and his love of working at the Capital Music Hall for many years. You were lucky if you ever heard a story of his days as a chauffeur for musical acts who played at the Capital such as Journey and Kansas.

Jerry was one of kind – a stand-up member of the community. He was willing to lend a helping hand no matter what the circumstance. He always was inclined to give anybody a chance.

He will be dearly missed by a large group of friends who were more like brothers and sisters.

The family wishes to thank the doctors and staff of Ruby Memorial Hospital CVICU. With special thanks to Dr. Jalil, Chris, Andrew, and Jessiree.

Sincere thanks are also given to the donor and the family who chose to donate life through organ donation. Jerry was granted 5 ½ extra years in which to make cherished memories with his family and friends with their generous gift.

Friends and family will be received Thursday, November 3, 2022 from 2:30 – 8 pm at the Cathedral of St. Joseph, 1300 Eoff St., where a Mass of Christian burial will be held Saturday, November 5, at 10:30 am with Monsignor Kevin Quirk officiating.

In lieu of flowers the family asks that contributions be to assist during this difficult time and with upcoming expenses by clicking here.

After not seeing “Jake” for several years after High school and Central Baseball our paths crossed again as we shared a floor in Sims Tower. I’m glad I got to spend those years seeing him daily. He had such a great way to tell stories and seemed to remember every detail form High School baseball games and different events. Listening to him tell his stories form his Capital Music Hall days were priceless. From having to pull over because Jerry Lee Lewis was in “Bad Shape” to walking to Colemans with Ted Nugent, to explaining to Billy Gibbons how he was standing in WV near the back of the Capitol but just came through Pennsylvania and was looking at Ohio. Jake was one of a kind. He always made you feel better about yourself after talking. He always spoke highly of everyone he knew. I am going to miss you my friend. May you Rest In Peace

The choirs of heaven are ringing with joy that Jerry has come home. We met as volunteers at the GSNH and in many other places. I think of Jerry’s generosity and love of all.
It is my honor to have known him and count him among my friends. Pray for all of us you will see in the future, Jerry. May God raise up others to help those you used to help.
Bev

Jerry was a good friend

Jerry was a good friend that loved his family, his friends, and helping others. He will be dearly missed. Sending love and prayers to Cathy, Justin, and Laura. I am certain Tyler and his Dad are together again.

RIP my friend. Continue your journey in a better place. Prayers for your family.

Cathy and family; Barbara and send you our deepest sympathies. Jerry was indeed one of a kind and will be sorely missed. It was our privilege to have known him. Lanny.

So sorry to your family and deepest sympathy and prayers.

Condolences to all of the Jacovetty family.

My God grant Jerry’s family and friends peace. Jerry officiated my niece Heather Hollandsworth’s marriage in early September. He was a much beloved figure in our family.

We loved Jerry, and with heavy hearts we say goodbye to our dear friend. Our prayer is of peace for Jerry’s soul and solace and strength for his beloved family in the days to come.