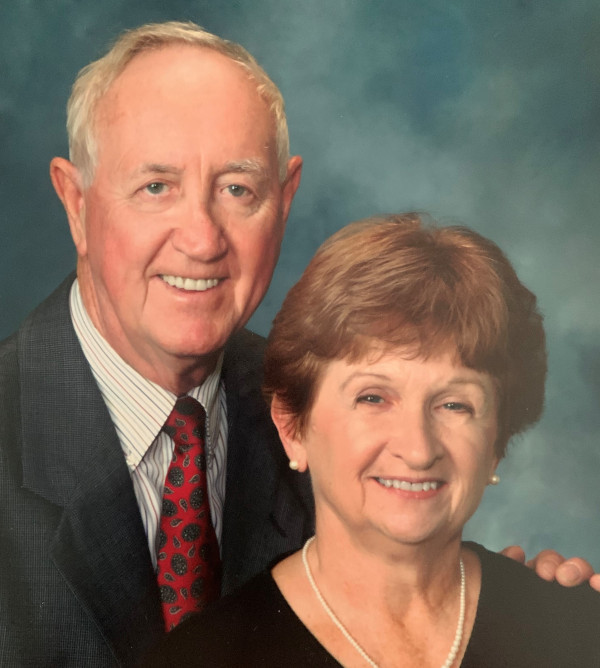 Jerry was born in Homestead, Pa., on August 28, 1933, the sixth child of the late Michael Francis and Anne Gertrude Mulhern. He attended Homestead High School in Pittsburgh, worked as a brick layer, and in 1953, enlisted in the US Army and served two years during the Korean War. In 1956, he studied at the University of Pittsburgh and then went to technical college to become a computer technician. Jerry married Mildred Horvath on September 7, 1957 and settled in Wheeling where they raised two children and became part of the fabric of the city, doing everything together.

Jerry was a devoted husband, father, grandfather, and working man. He spent nearly 30 years in the IT industry working as a computer technician for Sperry Univac/Unisys Corp. in the Ohio Valley, but it was his volunteer work with Wheeling youth that helped define both he and Millie as children of God. They were partial founding members of The Chemical People Task Force, an organization that started Youth Appreciation Week and after-prom parties for area high schools in an effort to keep teens safe in their celebration.

Perhaps their greatest impact came from their love of playing tennis as they championed the sport with area youth for many years through the Wheeling-Oglebay Tennis Club, the Ohio Valley Tennis Academy, and the City of Wheeling Recreation Department. Jerry and Millie spent countless hours on the tennis court together, teaching the game to young people. Even after Millie’s death in 2014, Jerry remained devoted to youth tennis and being the best “Pappy” to his grandchildren.

Jerry leaves behind his daughter, Maureen Denfeld and her husband Paul, and their three children, Michael and his fiancé, Dottie, Jeffrey, and James, and his son Gary Mulhern and his wife, Tricia Richardson, and his twin daughters, Emily and Abigail Mulhern, and her sons Patrick and Gavin Kearns. In addition, Jerry is survived by two sisters-in-law, Marion Mulhern and Clara Mulhern, and several nieces, nephews, and family members that love him dearly.

Jerry was also preceded in death by his five brothers and sisters and their deceased spouses. They include William Mulhern, Robert (Lucille) Mulhern, Mildred (Edward) Pellis, Eileen (George) Gawloski, and Lawrence Mulhern.

The family is grateful to the staff of Elmhurst, House of Friendship; Valley Hospice; Dr. William Mercer; as well as Jerry’s many neighbors, family, and friends for their loving care and support of Jerry.

In lieu of flowers, the family asks for donations to either the Wheeling-Oglebay Tennis Club, for the Millie Mulhern Youth Tennis Program, c/o Zoo/Operations – Oglebay Park, 465 Lodge Drive, Wheeling, WV 26003 or the Wheeling-Ohio County Health Department’s Project HOPE, 1500 Chapline Street, #106, Wheeling, WV 26003. Contributions can also be online by clicking the links above.

Upon my return, I was sorry to hear about the passing of Jerry. He was a hard and dedicated person in everything he did. For me I will remember his, along with Millie, dedication to the Wheeling community for tennis. He always had nice things to say and was such a gentleman. Millie and Jerry are probably playing tennis or organizing tennis as I write this. May you find comfort from your greatest memories, and may you find peace and comfort in the days ahead. With my deepest sympathy. Sue Blevins

RIP Jerry. It’s been years but working with you in Chemical Peoples Task Force brings back many fond memories of you and Millie. You have “run the race faithful servant”. God has a new place for you now. Lu Ward

My prayers and sympathy at the death of your father. Our faith supports us in our loss of loved ones; may St. Joseph share his faith and trust that God’s vision of your family remains clear and loving.

May the hope and peace of this holy season find a home in your heart and in your spirit to sustain you in the new journey in your life.

Sending deepest condolences to the entire Mulhern family a this time. May your fond memories of your father give you comfort and peace during this sad time.

Our thoughts are with your families. We hope the great memories of your parents will help comfort you during these difficult times. They were great friends to many including our family and especially my parents. David Ackermann and Michelle Horn Ackermann

Please accept my sincere condolences on the sad passing of Jerry. I became good friends with both Jerry and Millie over the years in our classes at the Howard Long Wellness Center and enjoyed socializeng with them so much. Blessings go out to all of their families.

Dear Maureen, Gary and families: Our thoughts and prayers are with all of you at this difficult time. Your father was a wonderful, caring man. My siblings and I have great memories as your neighbors on Poplar Avenue. Your parents have left such a wonderful legacy with their children, grandchildren and their outreach impacting so many young people in the Ohio Valley. Take care! Bill and Marcia Leinweber

Gary , Mareen and your families, I am so sorry for the loss of your loved one. I will keep alll of yous in thoughts and prayers.