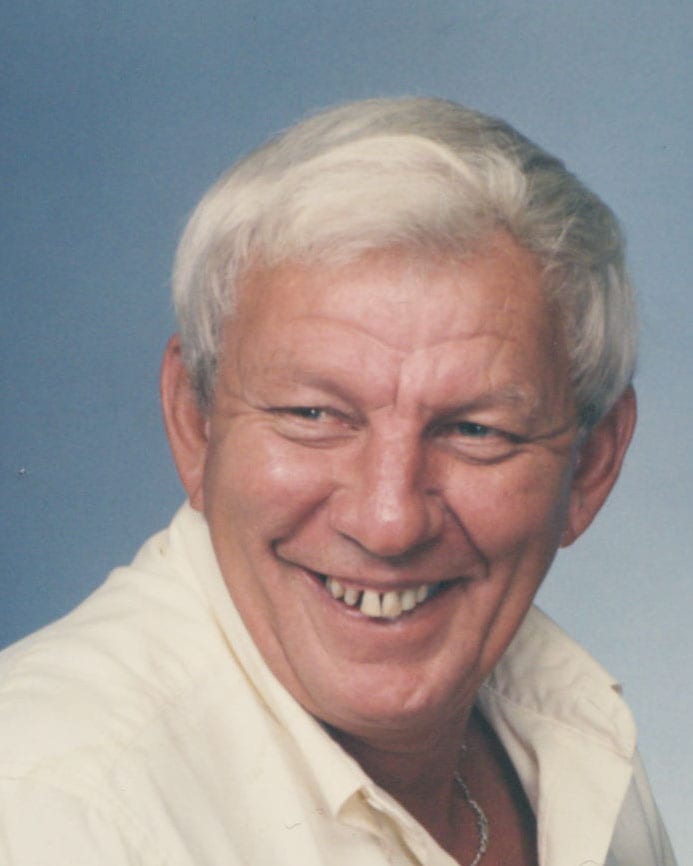 Harold C. Schwing, 76, of Moundsville, WV, passed away Sunday April 22, 2018 at the VA Medical Center in Pittsburgh, PA. following a short illness.
Harold was born May 30, 1941 in Moundsville. Son of the late Herman J. and Eula “Wava” (Bostic) Schwing. Harold was a retired Teamster working for Brady, Miller and Matlac, member of the American Legion Post #3, member of the Moundsville VFW Post 437, lifetime member of the Viola Sportsman Club and an US Army Veteran. He led a country music band for many years, he loved old country music and was an avid Nascar fan.
In addition to his parents, he was preceded in death by an infant son, Michael Schwing; granddaughter, Amanda Schwing; three brothers, Herman, George and Dennis Schwing and two infant sisters.
Surviving are his wife of 25 years, Suzanne (Keller) Schwing of Moundsville, two sons, Harold “Keith” Schwing (Donna Zelinski) of Powhatan Point, OH and Allen (Lovina) Schwing of Moundsville; daughter, Marlene (Glen) Spitznogle of Cameron, WV; 2 step children, Bill (Carrie) Riggle of Dallas, WV and Trudy (Jimmy) Minch of Beham, PA; grandchildren, Mallory, Clint, Tracie, Frankie, Kasey, Brandon, Justin, Ross, Tess, Josie, Brianna, Kieremy & Aubrey; 7 great grandchildren, Chloe, Wiley, Ashton, Curtis, Anika, McKenzie and Hannah: many nieces and nephews; a special father figure in his life, Bert Richmond and several special friends.
There will be a celebration of life at the Moundsville VFW on May 6, 2018 at 1pm at 114 Grant Avenue, Moundsville. Suzie wanted to say to Harold one last time, FEAEA.
Arrangements handled by Altmeyer Funeral Home, Lutes & Kirby Vance Chapels, 118 rant Avenue, Moundsville. Online condolences may be expressed to the family at www.altmeyerfuneralhomes.com.

Susie, so very sorry for your loss. Deepest sympathy to the family.

May your memories of Harold C. Schwing, give you peace, comfort and strength…

My prayers to all of you. Uncle Harold was very special to me and he will be missed