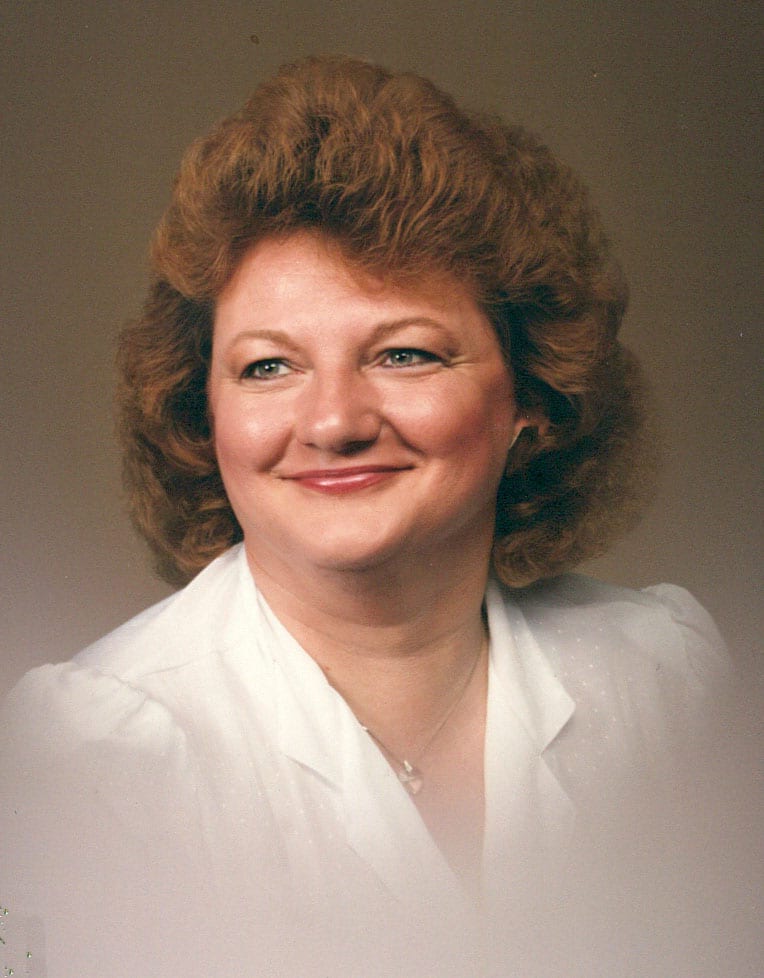 Harriet Lee Och McCardle, 65, of Wheeling, died Monday December 4, 2017 at OVMC.
She was born May 30, 1952 in Wheeling, the daughter of the late Harry and Dorothy Shook Och.
Harriet was a homemaker and a member of First Christian Church, Martins Ferry, Ohio.
In addition to her parents, she was also preceded in death by a sister, Paula Sue Och.
Surviving are her husband of 38 years, Frank D. McCardle, a son, Frank D. McCardle Jr. (Brandy) of Wheeling, a brother, Bernie T. Och Sr. (Karen) of Wheeling, a sister, Jennifer S. Och Mulley (Gary) of Wheeling, three grandchildren, Layla, Aleah and Riley of Wheeling, her father- in-law, Frances D. McCardle (Nancy) of Martins Ferry, two brothers-in-law, Dan McCardle Jr. (Cindy) of Columbus, Oh., Robert McCardle (Nichole) of Martins Ferry, three sisters-in-law, Donna Byrd (BJ) of Wheeling, Shirley Jo Kase of St. Clairsville and, Annette Zanes of Martins Ferry, several nieces and nephews.
Family and friends will be received on Thursday December 7, 2017 from 3 p.m. until time of her funeral service at 7 p.m. at Altmeyer Funeral Home, 1400 Eoff Street, Wheeling with Rod Kasler officiating.
A memorial service will be held on Saturday December 9, 2017 at 10 a.m. at the First Christian Church,710 S. Zane Highway, Martins Ferry, Ohio 43935 with a luncheon to follow.
Interment to be held at the convenience of the family.
Online condolences may be made to the family at www.altmeyerfuneralhomes.com.

Harriet will always be remembered as such a sweet person and loving Mother and Grandmother. Frank Jr., she loved you and your children so much and was so proud of you. I know she is smiling down on you all and she is at peace in Heaven.

On behalf of Harriet’s graduating class WHS 1971, our sincere sympathy to her family. Harriet was a sweetheart and we will miss her, and I will miss her wonderful hugs. RIP dear Harriet.

So sorry to hear of her passing. It was a true pleasure to have met her. Such a sweet and kind lady. Prayers of comfort to all the family. God Bless

I met you through my mom Candy Dowling and Aunt Jackie Hollingshead. You always made me laugh. I am honor to have known you, a friend and wonderful mom. May you rest in Heaven, and may your family be watched over. Forever missed.

To Frank and Frankie, I am so sorry to hear of Harriett’s passing. You have our deepest esympathy and our prayers. I will always remember her smiling face and great sense of humor… God has a special place for her in Heaven… Love you guys

Our heart is broken and we send prayers of comfort to the McCardle Family, Bob and I will miss her so much and the great conversations she shared with us. Our neighborhood will never be the same. She brought much kindness and pure joy to whom ever she spoke to. Our love and prayers are with Frank & Family and heaven really received a joyful loving soul .

Our heartfelt condolences to Frank and his Family for the loss of their loved one. Harriet was so fun to be around; she kept everyone laughing. God Bless all of you!!! Hugs and prayers.
Love, Debbie & Art

Frank and Family: So very sorry for your loss. Harriet was truly a wonderful person, and she will be greatly missed. Our thoughts and prayers are with all of you.
Love Always,
Debbie & Art Smith and Family

Harriet would come to my mom’s house and visit for a couple hours here and there and it was fun because we would talk and always share a lot of laughter every time she would come around. You are truly going to be missed by so many. I love you Harriet I know your in a better place.