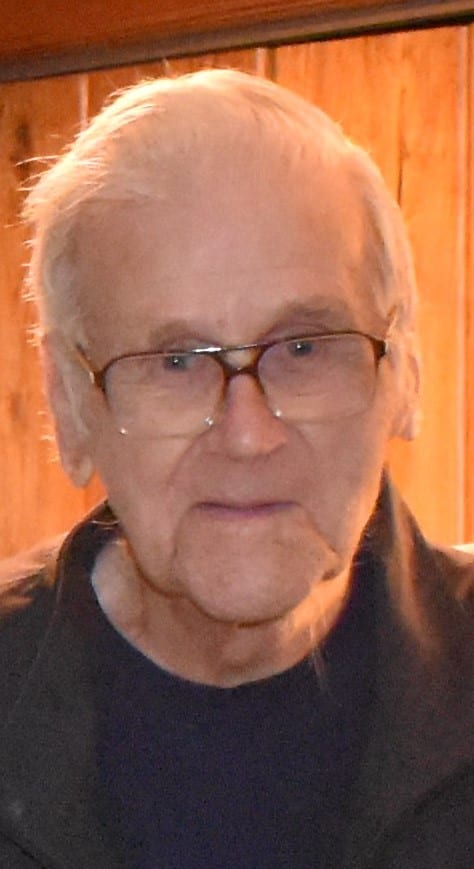 Harry Bilinsky age 94 of Benwood, WV passed away March 1, 2021.
Born April 26, 1926 to the late Frank and Mary Bilinsky. Proudly serving, Harry, a WWII veteran, enlisted in the U.S. Navy at the age of 16, stationed in Washington D.C. and aboard the USS Intrepid. At birth, he was baptized Catholic but also attended Bible study at the Follansbee United Methodist Church.
A man of many admirable traits, and a blessing to his community, Harry never knew a stranger and helped anyone in need no matter the task at hand. Harry had an innate sense of unconditional love, always giving with the utmost of generosity and never expecting in return. This care was not only extended to people, but also to animals, often feeding dogs and birds which greatly looked forward to his arrival. Nearly every day, Harry was out walking or riding his bicycle, but usually he did both.
He enjoyed working on cars and became known as the local mechanic, in addition to a very reliable handyman. When there were no projects to be done, Harry was still actively contributing to a greater cause by his involvement in politics, often writing to legislatures. However, Harry’s true calling in life was his devotion and unwavering commitment to his family, which he always surrounded himself by.
He is preceded in death by his companion of 31 years, Helen Mercer; 2 brothers; 5 sisters; 2 grandsons, Sean Wycherley and Doni Nickerson.
Harry is survived by his brother, Andrew Powanda; daughter Penny Calmbacher; step-daughter Jackie Nickerson; grandchildren Annette Daniels-Watts, Bryan Daniels, Shad Daniels, Cody Wycherley, and Jodi Kisner; many great-grandchildren and many nieces and nephews.
Interment will be at Mt. Calvary Cemetery, Wheeling, WV.
In lieu of flowers, donations may be made to Follansbee United Methodist Church, 1002 Virginia Ave., Follansbee, WV 26037.
Online condolences may be made at www.altmeyerfuneralhomes.com

Pastor Penny and family, So sorry to hear about the passing of your father. You have our deepest condolences, you all are in our thoughts and prayers .Take care and God Bless, the Nice family

May your memories of Harry Bilinsky, give you peace, comfort and strength…