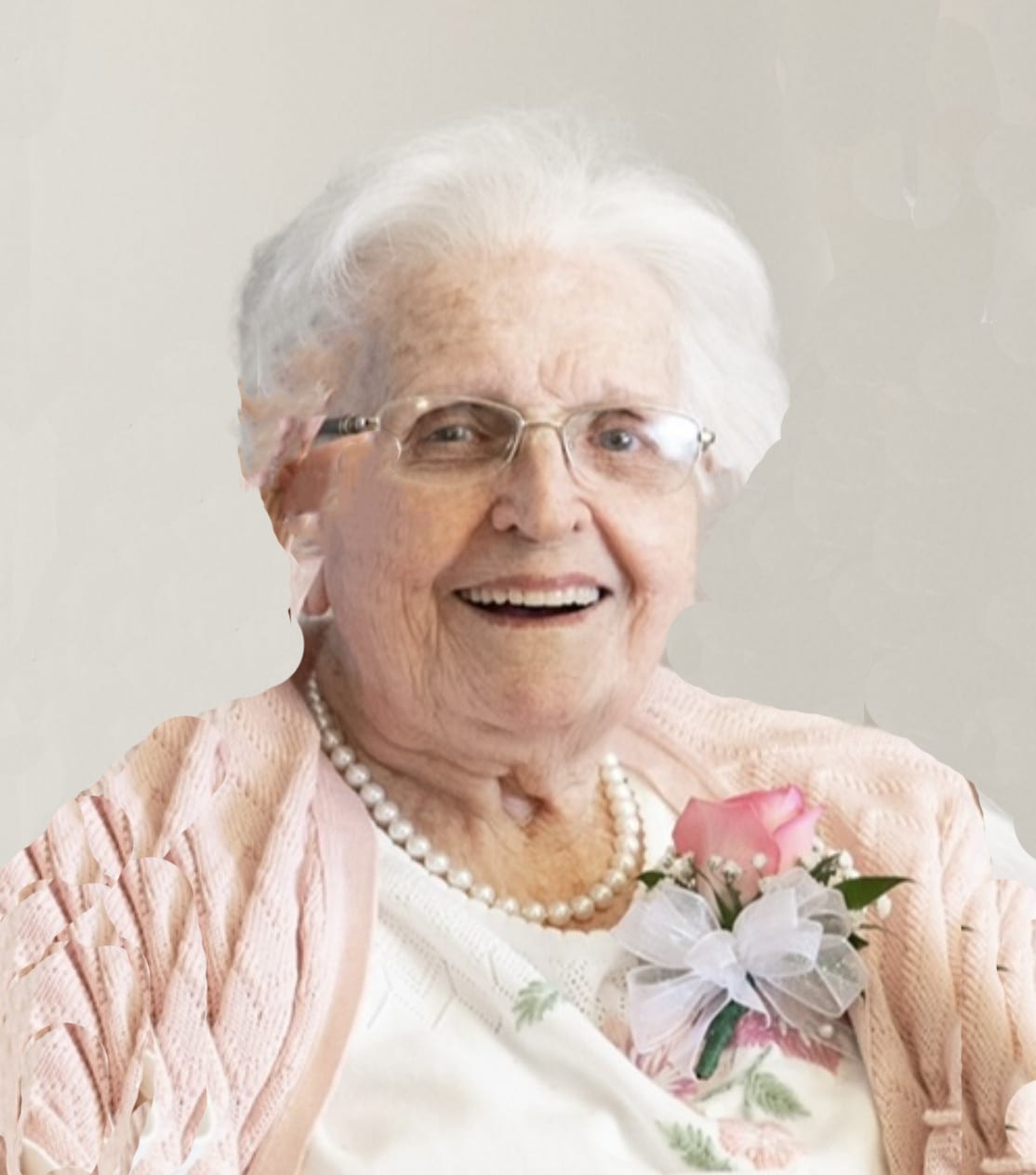 Helen Irene (Kibert) Remke, 97 , of Moundsville, passed away on Thursday, February 25, 2021 in Wheeling Hospital.
She was born in Glen Dale on April 19, 1923, the daughter of the late Joseph and Mary (Cross) Kibert.
Helen was a homemaker and a member of St. Francis Xavier Catholic Church, Moundsville.
In addition to her parents, she was also preceded in death by her husband William Remke Jr; daughter Judith Ann Hayhurst; two sisters-in-law Orfie Kibert and Barbara Philabaum; grandson Christopher Remke.
Surviving is a son Philip Remke (Loretta) of Moundsville; brother Joseph Kibert of Glen Dale; son-in-law Kyle Hayhurst; four grandchildren De Ann Riddle of Parkersburg, Stephanie Vinci (Domenick) of Moundsville, Matthew Paul Remke (Kayla) of Moundsville, and David Hayhurst of North Carolina; three great-grandchildren Hunter Riddle, Walker Riddle, and Laken Riddle; her special buddy Heinz.
Visitation will be private. Friends are invited to Mass of Christian Burial on Wednesday, March 3, 2021, at 12pm at St. Francis Xavier Catholic Church, Moundsville with Rev That Son Ngoc Nguyen and Rev Monsignor Samuel Sacus as co-celebrants. Interment to follow at Riverview Cemetery, Moundsville.
Memorial contributions may be made to Society for Crippled Children in Wheeling or Red Cross Blood Bank of Johnstown, PA.
Online condolences may be made to the family at www.altmeyerfuneralhomes.com.
Arrangements by Altmeyer Funeral Home, Lutes & Kirby-Vance Chapel, 118 Grant Ave, Moundsville.

Dear Phil, Loretta & Family,
We extend our deepest sympathies to you and your family . May the soul of your mother be at peace with our Heavenly Father.

Phil, David & I were sad to hear of the passing of your mom. Thoughts & Prayers for you & family.

Phil & family, David & I are so sorry for the loss of your mom. I always remember her as a lovely lady who loved her family. Thoughts & Prayers for the family.

A beautiful lady, I am sure. Be assured of my prayerful sympathy at this time. May she rest in peace.

My prayers are with the family

Condolences for your mother as she returns home. You were privileged to have her for so long, My you be comforted my knowing she has achieved her goal of being among the Angel that went before her.

I think she lived in McMechen! She still looks beautiful. God’s peace

We were neighbors for many years. Helen and her late husband were friends and clients. She was a lovely, kind lady.

Steph we are so sorry to hear about your grandma’s passing. I know how close you were to her and how very much you loved her. I am praying for you and your family may God be with you all . Sending love your way

Hugs an Prayers for your family Phil who”s some how or another ,,,toughed the lives of so many here in Moundsville.There”s none so good as the great times at the store . Your great family never saw a stranger..Thank You all.Sorry about your Mom..Great folks..