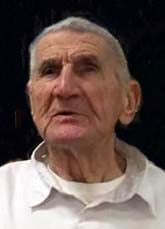 Henry was born to the later Everett and Myrtle (Schramm) Parker in Bellaire, OH on March 2, 1929.

Lovingly known as Uncle Henry, he enjoyed spending time with family and friends. Henry was also an avid sports fan cheering on, and sometimes yelling at, the Pittsburgh Pirates, Pittsburgh Steelers and WVU Mountaineers.
Having lived his life blind, Henry never let that slow him down which was an inspiration to all who knew him. He and his loving, late wife (2015) of forty seven (47) years , Genevieve, lived life to the very fullest.

In addition to his parents, Henry is preceded in death by his loving wife, Gevevieve (Dunlap) Parker and sisters, Enola Riggs, Pauline Kleyman and Josephine Mitchem.

Memorial contributions can be made to the Autism Speaks by visiting www.TMCFunding.com.

Memories and condolences can be shared at www.altmeyerfuneralhomes.com.