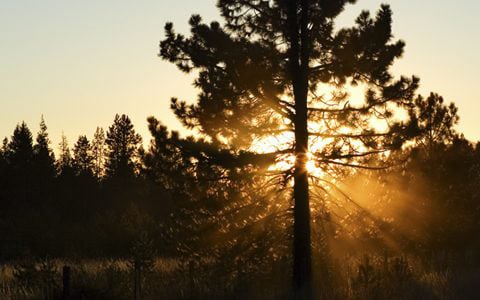 CAMPBELL, Hubert W., 74, of Wheeling, W.Va. died Saturday, May 7, 2016 at home.
He was born April 10, 1942, in Bellaire, Ohio, son of the late Robert F. and Margaret (Storm) Campbell. He was a member of Corpus Christi Catholic Church in Warwood, and a 1960 graduate of Wheeling Central High School. He was the manager of Dean & Barry in Wheeling from 1965-1987, and retired from the Moundsville Paint Company.
In addition to his parents, he was preceded in death by one cousin, JoAnn Schilling.
He is survived by his Godson, William “Sam” McEndree; Goddaughter, Bianca Zambito; cousin, Maureen Zambito; his best friend, Sam McEndree; and several other cousins.
Mass of Christian Burial will be celebrated on Wednesday, May 11, 2016 at 10 am at Corpus Christi Catholic Church with Msgr. Eugene Ostrowski as celebrant. Interment will follow in Mount Calvary Cemetery.
In Lieu of flowers, memorial contributions can be made to Corpus Christi Catholic Church, 1508 Warwood Avenue, Wheeling, W.Va. 26003 or by visiting www.tmcfunding.com

Thank You Hubert for ALWAYS being so kind to me….always there to talk and always making me laugh

I am so sorry that I didn’t know Hubert passed away . I have been so busy moving I haven’t had a chance to stop and say “Hi” to Hubert, a very congenial neighbor who was always so proud of his garden. I met Hubert at my work, Holy Family Daycare, while he was working there for Panhandle Cleaning. When I learned he had lived up the street from my parents for a very long time, I couldn’t believe it! I had never really seen him much; probably because he was always working= he really loved keeping busy. It turned out he knew not only many of my other neighbors, but also Dottie Dean Richmond, a friend of my family’s; so I invited him to several of Dottie’s large birthday parties. We all had a great time there. I would see him often at either Corpus Christi or St Joseph Cathedral Masses; we even attended the Red Mass and its reception together and he was tickled to see many of the religious men he knew from church and Panhandle. Hubert went to Holy Family’s Trivia Night with me too; very enjoyable! I will miss seeing Hubert in the neighborhood….a wonderful guy, always optimistic. Glad to have known him!

We were so saddened to learn about Hubert’s passing. He was such a kind person. Several years ago my Mother became friends of Jo Ann and Hubert at the Ohio Valley Mall and we got to know them as well. We did not know that they were related to you. Our sincere condolences to you, Maureen, and your family. Janet and Charlie Kalo

May the rays of God’s mercy embrace the soul of your servant Hubert, O Lord, and give it rest with Your Saints where there is neither pain, nor sorrow, nor sighing, but everlasting life!

Dennis Runner from Florida /per phone message to AFH

So sorry to hear of Hubie’s passing. I worked with Hubie in the 1980’s. My thoughts & prayers are with the remaining family.

Hubert was a great classmate during our years at Wheeling Central. Always great to see and renew acquaintances during our 5 year reunions. Rest in Peace!

May Hubert rest in peace and enjoy a heavenly reunion with his parents and cousins, Jo Ann Schilling and my mother Margaret Mary O’Malley Bierkortte.