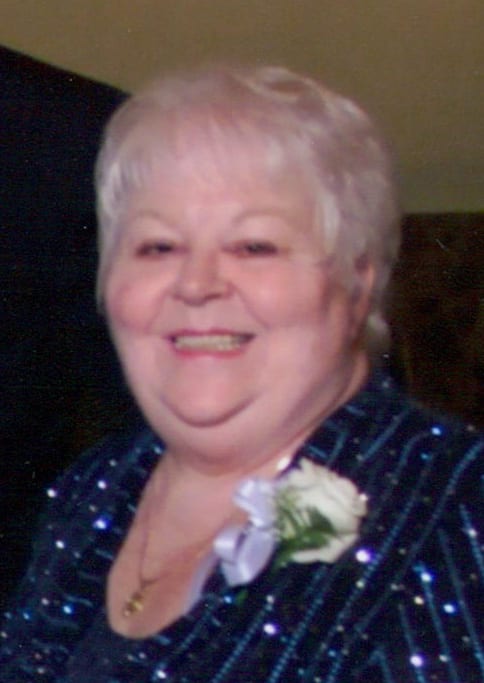 Jean was born June 5, 1937 in Wheeling, a daughter of the late Lee and Bertha (Berry) Glessner. She was the retired owner and operator of the former Windmill Trucking Center; a member of St. Vincent de Paul Catholic Church, Wheeling; and attended Our Lady of Peace Catholic Church, Mount Olivet. She was also the owner of the Fulton Dairy Queen and an avid “Monday Night” card player.

In addition to her parents, she was preceded in death by her former husband, Joseph A. Tankovits, in 2000; and a son, James “Jimmy” Tankovits, in 1985.

Jean was a loving mother, grandmother, sister, aunt and friend. She was loved and will be greatly missed by all.

Friends will be received from 2-8 pm, Monday, at the Altmeyer Funeral Home, Elm Grove Chapel, 154 Kruger Street, Wheeling, where a vigil service will be held at 7:30 pm. Mass of Christian Burial will be celebrated at 11 am, Tuesday, September 29, 2015, at Our Lady of Peace Catholic Church, with the Rev. Dennis Schuelkens as celebrant. Entombment will follow in Mount Calvary Cemetery.

In lieu of flowers, memorial contributions may be made to Catholic Charities Neighborhood Center, Wheeling, or a charity of the donor’s choice. Online condolences may be offered to the family at www.altmeyer.com

Our thoughts and prayers are with you during this time of loss.

Joe, my deepest condolences to you and your family on your loss.

So sorry for your loss..Jean was a great gal…..have many memories from s wheeling. God Bless all of you!

1 The Lord is my shepherd, I shall not be in want.

2 He makes me lie down in green pastures,
he leads me beside quiet waters,

3 he restores my soul.
He guides me in paths of righteousness
for his name’s sake.

4 Even though I walk through the valley of the shadow of death,
I will fear no evil, for you are with me;
your rod and your staff, they comfort me.

5 You prepare a table before me the presence of my enemies.
You anoint my head with oil;
my cup overflows.

6 Surely goodness and love will follow me all the days of my life,
and I will dwell in the house of the Lord
forever.

We Love you Joe…. Are Prayers are with you & family… May God Bless….

My Condolence are with you and your family Kayla….

Sorry for your loss Joe… She will be missed…

Sorry for your loss. Are prayers are with the family.

We were sorry to hear about your mother. Our thoughts and prayers are with your family.
Ron & Laurel Pavilack

We are sorry to learn about the loss of your dear mother Jean. Our thought and prayers are with your family. Ron & Laurel Pavilack