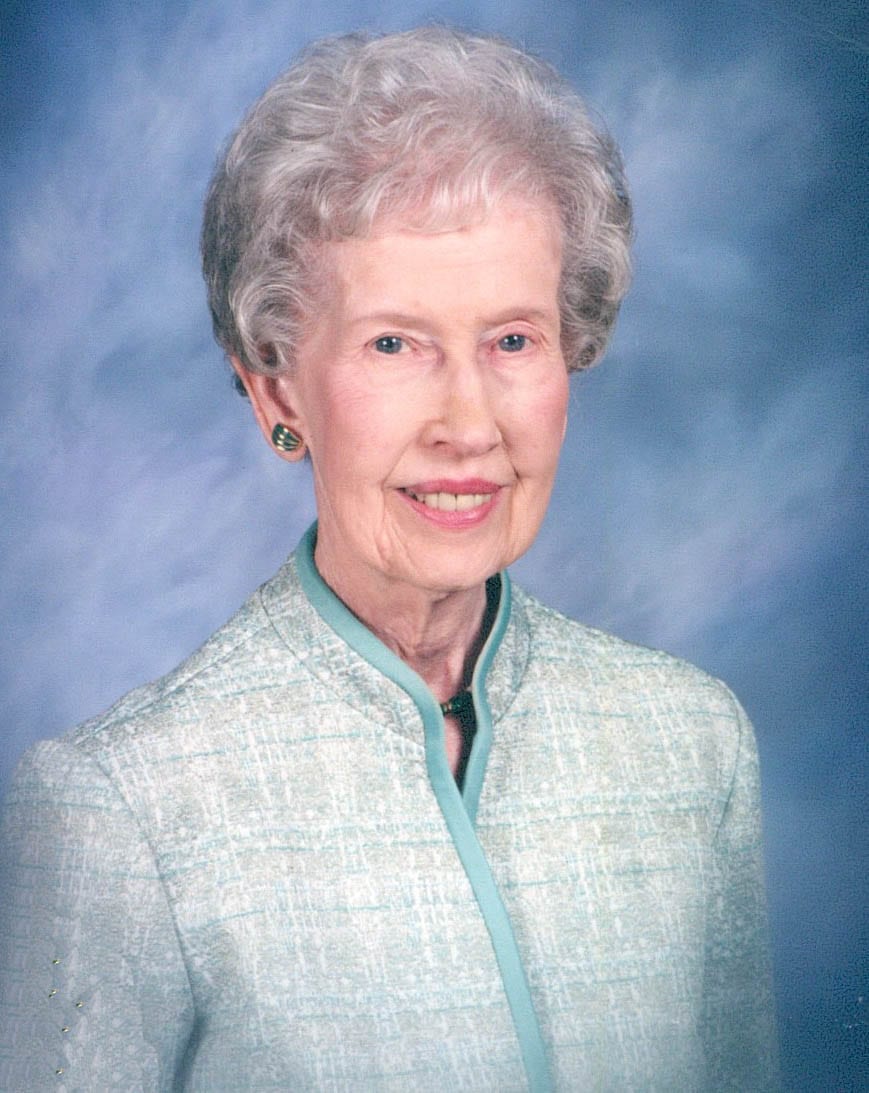 She was born in Morgantown, WV, on May 2, 1909, the daughter of Arthur and Ella May Trembly Hawley.

She graduated from Morgantown High School in 1927 and West Virginia University in 1931. She was a member of the Alpha Delta Pi Sorority at WVU and the Daily Athanaeum newspaper staff. She taught for 22 years in Wheeling at Greggsville, Bridge Street, and Webster Schools before her retirement in 1974.

She was preceded in death by her first husband, Tom H. Johnson, her second husband, Howard A. Tebay, her brother, Charles W. Hawley, and her sister, Eva Claire Lewis.

Friends will be received from 1:00pm until time of services at 3:00pm on Friday, August 25, 2017 at the Altmeyer Funeral Home, Elm Grove Chapel, 154 Kruger Street, Wheeling, with Pastor John Oerter officiating. Interment will follow in Greenwood Cemetery, Wheeling.

In lieu of flowers, donations may be made to Alpha Delta Pi Sorority, @ www.alphadeltapi.org/foundation or Vance Memorial Presbyterian Church, 905 National Road, Wheeling, WV 26003.
Online condolences may be expressed to the family at www.altmeyerfuneralhomes.com

Ireta was a dear friend to my mom Jean Rose. We all loved her! Please accept my most heartfelt condolences for the loss of such a great lady.

S.K. And Bill, I remember going with my mother to your mother’s house in Dimmeydale many years ago. They were from Morgantown and Alpha Delta Pi sisters who remained friends and were active in the alumnae chapter. You have my sincere condolences.

I was honored to be one of her students at Webster Elementary. She was so much more than a teacher and gained the respect of her students. Forever remembered. R. I. P. Mrs Tebay. Your one of gods angels

She was a good teacher,i love her.

Dear Ireta was my roommate at Peterson’s for three months. Her beautiful smile and pleasant attitude was a joy that she shared with many. I continued to visit her each week and share many events that would make her smile. Rest In Peace, my friend.

Ireta was quite an amazing and beautiful spirited lady. My heartfelt condolences are extended to her wonderful family. She will be missed by many and in our hearts forever.

Bill, I’m so sorry for the kids of your Mom. She was a wonderful person and I loved her.

I loved Ireta.I took care of her at Peterson and she was class and a lovely person from a fantastic family!Mu deepest sympathy in her passing and may God bless you all and Bless you on your spiritual journey!!

My deepest sympathy to your family. I was one of Mrs. Tebay’s many students at Webster School, where she taught English. She was a wonderful teacher and guidance to her students. RIP Mrs. Tebay and thank you.

Sending our Condolences and Deepest Sympathy to Ireta’s. We knew her from Vance Church. She was a very nice lady. Rest In Peace Ireta.