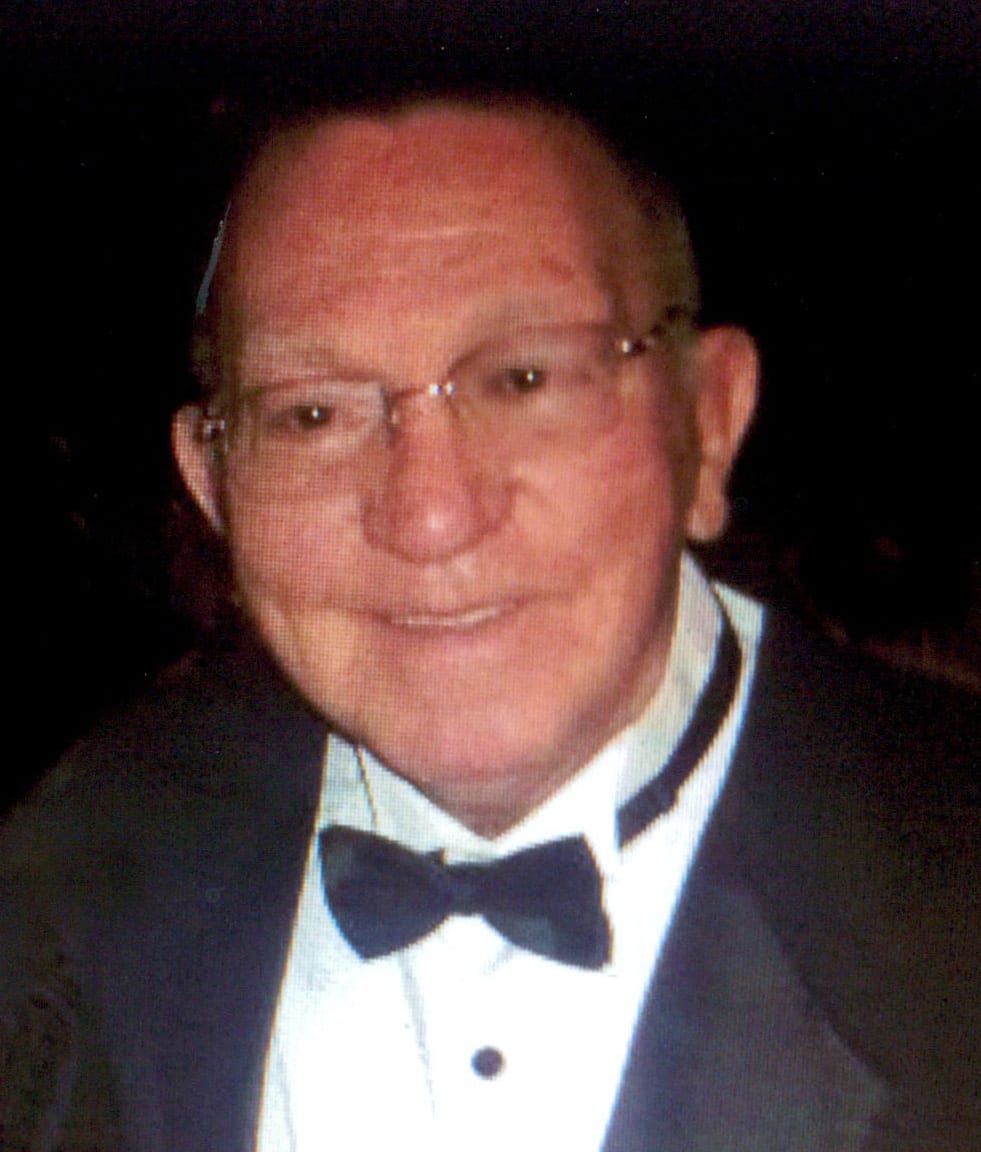 Jacob Fredrick (Jack) Jochum, Sr., 85, of Wheeling, WV passed away on Wednesday, October 28, 2015 at Wheeling Hospital.
Jack was born on August 24, 1930 in Goosetown as the third child of the late Michael and Jessie (Bartels) Jochum. Jack graduated in 1948 from Linsly Military Institute and attended West Liberty State College. Along with his son, he was the owner of Jack Jochum Truck Service. Jack was a good, Christian man that always kept his family first. He was a volunteer and devout member of the Cathedral of St. Joseph. He was a long-time coach for the East Wheeling Pirates. Jack was an avid fan of the Pittsburgh Pirates, Pittsburgh Steelers, WVU Mountaineers and Detroit Tigers. He will be forever remembered for his classic one-liners.
Jack is survived by his loving wife of 65 years, Evelyn Jane (Tralka); his cherished children, Deborah (Lee) McWhorter, Beckie (David) West, Jack, Jr. (Karen), Beth Jochum and Patti (Todd) Miller; his adored grandchildren, Ellen (Joan) McWhorter, Jacqulyn (Dave) Obara, Kristen West, Gera (Bob) Jochum Rounsley, Matthew (Liza) Miller and Maria Miller; his treasured great-grandchildren, Emily, Joseph and Julia Obara and Stella Rounsley; his sister-in-law Peggy Palmer and brother-in-law Chuck (Rose) Tralka as well as many nieces and nephews.
In addition to his parents, Jack was preceded in death by his siblings, Thelma and Dominic Pompeo, Thomas, Sr. and Edna Jochum; brother-in-law, John A. (Pete) Palmer and nephews, Joseph Palmer and Thomas Jochum, Jr.
Jack appreciated the care and support of Martin Imbrosio, Mike and Robin Posey, Dave Wheeler, Olivia Harris, Cheyanne Mayle, Shauna Wiley and Visiting Nurse Services of Wheeling Hospital.
Jack’s family will welcome friends from 2-4 and 6-8 pm on Friday, October 30, 2015 at Altmeyer Funeral Home, 1400 Eoff St., Wheeling, WV. A vigil service will be held at 6:00 pm.
Mass of Christian burial will take place at 10:30 am on Saturday, October 31, 2015 at the Cathedral of St. Joseph, 13th and Eoff Streets, Wheeling, with Monsignor Kevin Quirk officiating. He will be laid to rest at Mount Calvary Cemetery.
In lieu of flowers, memorial contributions may be made to the Linsly School, 60 Knox Lane, Wheeling, WV 26003 or Catholic Charities Neighborhood Center 125-18th Street, Wheeling, WV. Arrangements are being made by Atmeyer Funeral Home.
Online condolences may be expressed to the family at www.altmeyerfuneralhomes.com <https://altmeyerfuneralhomes.com>

We are so sorry to hear about Mr. Yochum.

I always enjoyed talking to him after church about Linsly, Goosetown and his grandchildren.

He was a great guy!

To the Jochum Family.
Jack was a year behind me at Linsly Military School.
Although many years have gone by, I still remember Jack when we played football together in 1946-1947. He was a fine classmate, athlete and gentleman.
You have my deepest sympathy and many prayers.
LCDR. Wm. Fell USN ( Ret )
Riesel, Texas.

To the Family
Sadden to learn of Mr Jack’s passing. One of my fondest memories of him was at tunnel green ball park with that Chew. RIP Mr Jack
Terry L Gosa

Beth so sorry to hear of your Father’s passing. I know you love your parents dearly. May God keep all of you in his loving arms at this sad time. You will be in my prayers

Patti, I’m so sorry to hear of your loss. I know how much you love your Dad. It’s so hard to lose a parent. My thoughts are with you and your family.

So saddened by your loss. Prayers are with you all.

My sincere and deepest condolences to the family of “Jack”. Denny Albaugh

Patty and family, Our thoughts and prayers are with you.
The Yocke Family

Jack Jr.,
Sorry about your father. My thoughts and sympathy are with you, and the rest of your father’s family and friends.

Jack; When I was in High School, you were like a brother to me. My memories take me back to how impressed I was with your ability to have a pleasant conversation with a stranger, your sense of humor, and to always put your family first. I’m so glad Rose and I had a chance to say good-by to you. Hope to see you again…