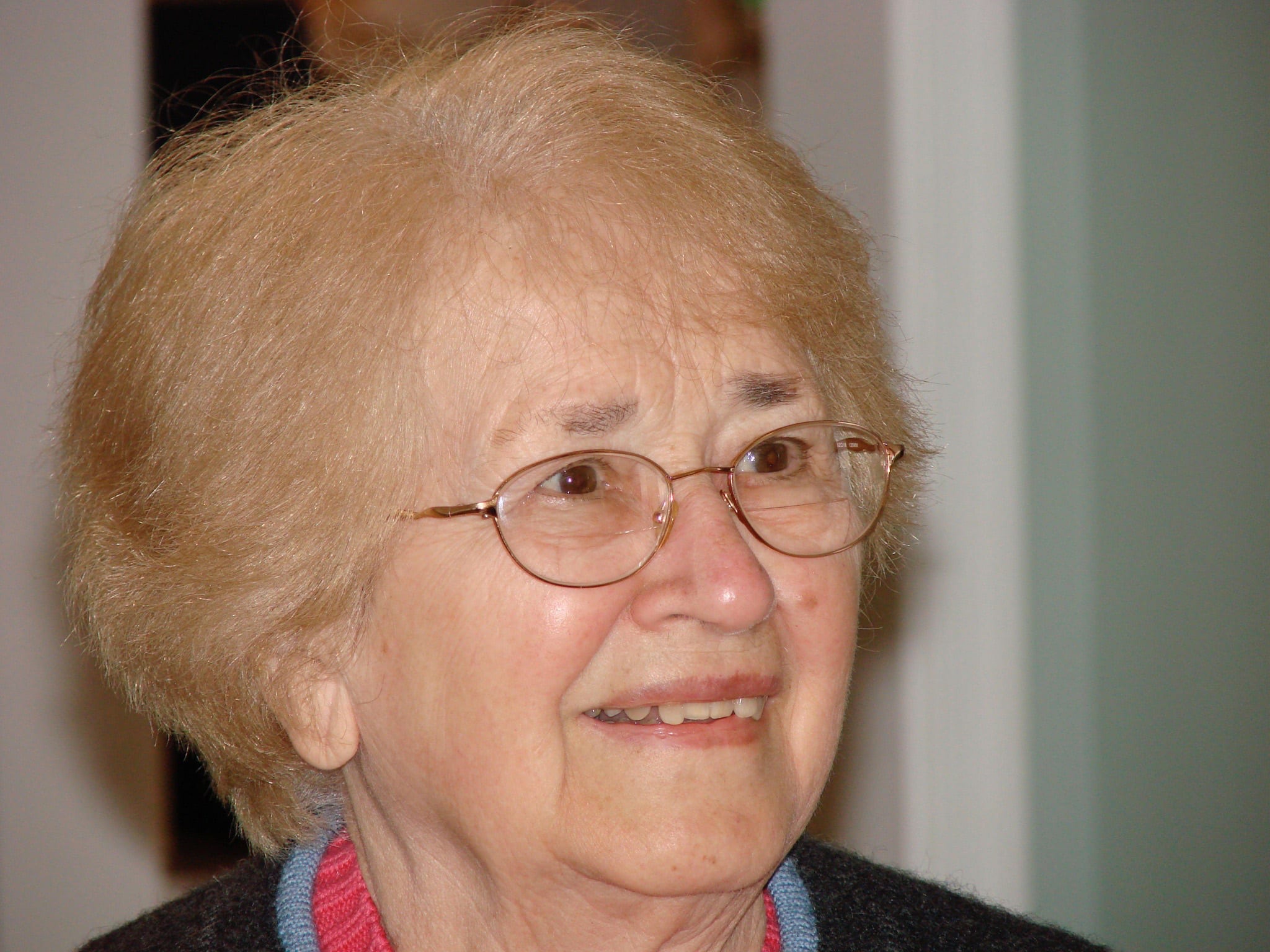 Jacqueline Glasgow, 93, of Wheeling, died Saturday, April 23, 2016 at OVMC, Wheeling.
Jacqueline was born May 26, 1922 in Salleboeuf, France, daughter of the late Francois and Fantine Combroux Bajon.  Residing in Paris at the outbreak of World War II, Jacqueline, a teacher, helped with the evacuation of the children from the area. Jacqueline also helped with the French Resistance, delivering messages on her bicycle.  When supplies were parachuted in, Jacqueline even helped to “destroy” the evidence by fashioning clothing for the children from the parachute material.  It was during this period that she met her husband, Robert (Bob) Glasgow of  Wheeling, WV.   The couple fell in love and were married in Paris, May 18, 1946, where they resided until moving to Wheeling on July 4th, 1947.  Bob convinced Jackie that the fireworks celebration was in her honor.  Jacqueline happily settled into her new life as a homemaker and a member of St. Michael Catholic Church and the Christian Mothers.
In addition to her parents, Jacqueline was preceded in death by her husband, Robert Glasgow in 1994, and a sister, Marie-Rose Reynaud and her husband Jean. Surviving are her children; John (Diane) Glasgow of Bellaire, OH, Bruce (Kathy) Glasgow of Atlanta, GA, Mark (Lisa) Glasgow of South Riding, VA, Gigi (Roy) Bauer of Wheeling with whom she resided. Also surviving are her brother; Jean Bajon of Bordeaux, France, 3 nieces; Anne-Marie Reynaud de Tonquedec, Libby Shepherd, and Charla Franke, a nephew; Jean-Pierre Reynaud, ten grandchildren; Crystal Glasgow, Misty Glasgow, Jimmy Anderson, Ryan (Ania) Dollar, Audrey Glasgow, Robert Glasgow, Anzhella Glasgow, Amber (Sean) Doyle, Chad Bauer and Dirk Bauer, and nine great grandchildren.
Friends will be received on Monday, April 25, 2016 from 2:00pm until 8:00pm at the Altmeyer Funeral Home, 1400 Eoff St., Wheeling, where a vigil service will be conducted at 7:00pm. Mass of Christian Burial will be celebrated on Tuesday, April 26, 2016 at 10:00am at St. Michael Catholic Church with Msgr. Jeremiah McSweeney as celebrant. Burial will follow in Mt. Calvary Cemetery. Memorial contributions may be made to Easter Seals.Online condolences may be extended to the family at www.altmeyer.com

My sincere sympathy to the family for your loss. May you find comfort in your beautiful memories, and in God’s promise to soon “swallow up death forever” and “wipe away the tears from all faces.” (Isaiah 25:8)
While your grief is great, the joy you will have when welcoming her back in the earthly resurrection will be so much greater. (John 5:28,29; Mark 5:42)

Gigi and family so sorry for the loss of your Mom. May God wrap his loving arms around you at this time with comfort and love

Our thoughts and prayers go out to all who loved Mrs. Glasgow. She was a very special woman who was loved and admired.
The Heim Family–Steve, Rebecca, Greg, and Rachel

My sincere condolences to the family of Mrs. Glasgow. Denny Albaugh