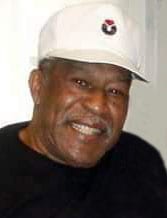 James Albert Goodson Sr., 81, of Wheeling, WV, passed away Sunday, May 13, 2018 at Ohio Valley Medical Center.
He was born April 29, 1937, a son of the late Pastor John D. and Ruby E. (Holley) Goodson.
In addition to his parents, he is preceded in death by one son, Dwayne Graves and several brothers and sisters.
James is survived by his loving wife, Debbie Goodson; children, Larry “TR” (Terry Lynn) Goodwin, James (Michelle) Goodson Jr, Lisa Goodson, Cathy Goodson, Darryl Johnson, Tamara (Fred) Hocker, Jimmy Sadler, Kimberly Sadler, David (Destiny) Sadler, Stacie Gleaves and Jennifer (Ronnie) Evans; one sister, Mary Lee Anderson and a host of grandchildren and great-grandchildren.
Family and friends will be received Friday, May 18, 2018 from 10 am until time of services at 1 pm, at Altmeyer Funeral Home, 1400 Eoff St. with Rev. Agnew officiating.
Condolences may be offered to the family at www.altmeyerfuneralhomes.com.

I’m so sorry for your loss.

Dear Daddy,
I always prayed to GOD for things like “Please let my Dad see me graduate college” (2006)✔”Please let him see me get my masters”(2008)✔”Now if he could just walk me down the asile” (2017)✔ “1 more to go…can my Daddy see my first born”… As I typed the last prayer/request I’m overwhelmed with,WOW, look at all of the things/days that MY GOD has pulled, dragged, gave breath to my Dad. These 12 years haven’t been been breezy for you (81) & I know that you said you would hold on for me or as you said “I ain’t going NOwhere!” BUT I know you and God have been talking and the pain was getting worse and you too went to sleep with a prayer “Please GOD don’t let me hurt anymore” & God answered, just like he has done many times before. As I was on the way to the airport, trying to change a flight that I had previously booked, I noticed that the confirmation codes first 3 letters were MOM followed by l4d aka:lookout for mom (Debbie). Seeing this I knew not to be sad but to do just that.

Love you 4ever,
Jenn
Aka: Big Baby
Don’t worry I/God’s GOT this!

My most sincere condolences to the family of my long time neighbor, my thoughts & prayers are with you. Rest in peace “Goodson”.

I personal(Henry E Brown) did not have the pleasure of meeting you,my loss, would have loved to have met you. Your blood away Run in this family R.I.P.

So sorry for your loss, I always remember the good times we had on the corner, he was a great friend, you are all in my thoughts and prayers.

Deepest sympathy and prayers for peace and serenity.

Mr James would always get me to go get his BIG HEAD GRANDSON. Lol Great guy. Cherish the memories. Rest easy Sir…

To the family, my deepest condolences. “Goodson” is resting with the Lord now, may he rest in heavenly peace. You are in my thoughts and prayers.

Much love and many hugs and prayers to Jimmy, Lisa, And Cathy, and the entire family as well as friends. I am so sorry I will not be in town to attend the service and give you my love and support in person, Rest In Peace to your daddy, Jimmy, Lis, and Cath ❤️❤️❤️❤️

Sorry for your lost Jimmy,Lisa, Cathy you are in are prayers.