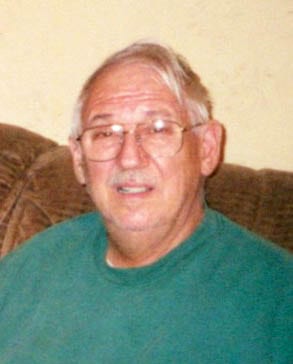 Linda and family, I am sorry about Jim’s passing away. He was such a nice guy. He would growl but you knew he was a teddy bear.

I am sorry for your loss. God promises at Revelations 21.4 that one day death will be no more. I hope this brings you and your family comfort at this difficult time.

My prayers and thoughts are with the entire Cooper family I will miss you at bingo Mr. Cooper I will tell Bev to slow down your famous words

So sorry to hear this Linda. RIP Jim.

Dear Linda and family, so sorry to hear about Coop. I remember so many stories of you guys tailgating with my parents in Morgantown. My thoughts and prayers are with you at this difficult time.
Susan Nikolaus Enkiri

When a dear loved one passes in death, it is a painful experience for the family. Sorry for your loss. Happily, death does not end it all. Our lord Jesus Christ promised a resurrection of the dead, when he said, “do not be amazed at this because the hour is coming in which all those in the memorial tombs (grave) will hear is voice and come out.” This is a sure promise, that millions now dead will live again, on the soon to be restored paradise earth. When God’s will is been done on earth as it is in heaven. A solid basis for comfort. (John 5:28, 29; Matthew 6:10).

Linda and family..Just heard about your loss. Please know that you are in my thoughts and prayers. May God give you peace and comfort in this difficult time. May he RIP. Sharon(Tyke’s ex-wife)

Linda and family, We are so sorry to hear of Jimmy’ s death. Our thoughts and prayers are with you at this sad time. From Skip and Sharon Marshall and family, Hampstead, NC