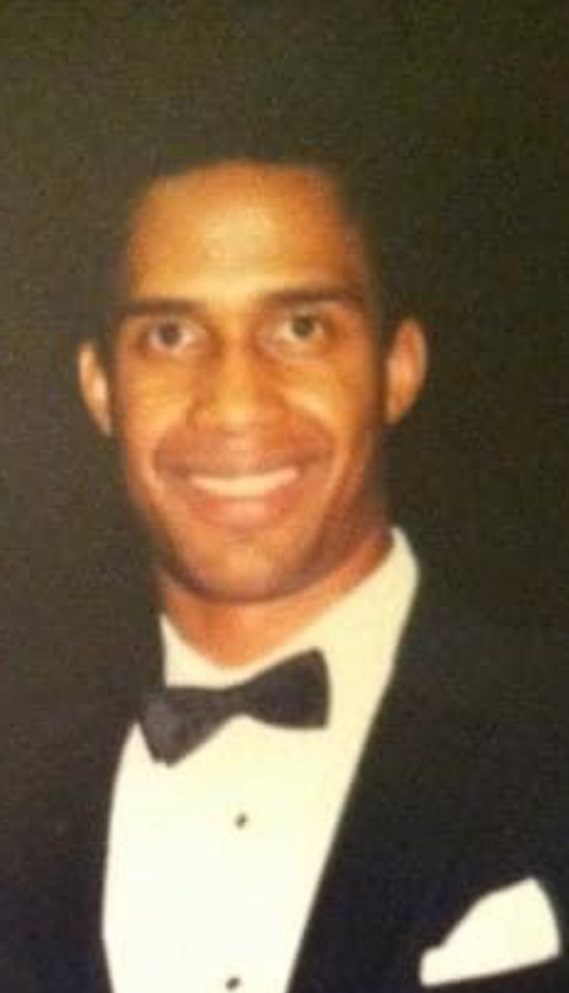 James graduated from Wheeling Park High School 1978, where he lettered and was Co-Captain of the basketball team and selected First-Team All-State. He attended Bethany College (B.A. in Social Work) 1978-1982, he lettered in basketball and tennis, Captain of the 1982 Bison team, his career total of 1,141 points making him the third Bison player to reach the 1,000-point mark. He was  PAC “Player of the Year” 1982, two time PAC All-Conference First-Team selection, First-Time All-Ohio Valley Collège Basketball selection 1981 and 1982, and the Pittsburgh Press Tri-State College Basketball Third-Team honors in 1982.   He earned his Masters Degree (Public and International Affairs) at the University of Pittsburgh. Earned his Doctorate in Law (Doctor of Jurisprudence) at West Virginia University College of Law.

James was a prominent member of the Wheeling community, founder of  the James H. Paige Learning Centers (Wheeling, Charleston, & Martinsburg WV), centers for lifelong learning as well as the Elks Basketball Tournament, and Youth and Cheerleading Clinic. His community service also extended to West Virginia University President’s Visiting Committee on Black American Affairs, Board of Directors of the Fellowship of Christian Athletes, Advisors at West Virginia University, Humanities Council, Multiple Sclerosis-Circle of Leadership, Boy Scouts of America, Victorian Wheeling Landmarks Foundation, Wheeling Country Day School, and Youth and State Government. He was also an integral part of Habitat for Humanity.

In addition, James was the recipient of several honors and awards, some of which included Outstanding Young West Virginia (Ohio Valley Jaycees), Bethany College Athletic Hall of Fame Inductee (basketball and tennis), Presidential Points of Light Award Winner (1 of 21 in the U.S.), Minority Small Business Associate of the Year, SGMA Heroes Award for West Virginia, Big MAC Award (“Most Assists With Children”), Charleston Public Safety Award, Student Success Story Award, and Wheeling Park Athletic Hall of Fame. He also represented the State of West Virginia at the White House and the Community Builder of the Year Award for the East Wheeling Civics. James was honored by Ebony Magazine as one of the 50 Leaders of the Future.

In addition to his parents, he is preceded in death by a sister, Clarinda Paige Jackson.

Family and friends will be received Friday, August 27th from 4-8 pm at Altmeyer Funeral Homes, 1400 Eoff Street. Saturday August 28th from 11 am until time of funeral services at 1 pm at Macedonia Baptist Church 105 12th Street. Interment will be held at Greenwood Cemetery.

Condolences may be made to the family at www.altmeyerfuneralhomes.com.

I worked for Jim for 8 yrs as his personal assistant while living in Charleston. Jim was a outstanding boss and was into so many events, I hardly saw him while working for him. He was a great all around man. He loved his son, lil Jimmy as well as his step children Danielle and Jonathan. I use to tell Jim slow down one of these days all this running to events, basketball, tennis, golfing is going to get you—he would laugh and say your just like a mother giving out those orders. I’m so sorry to have came across this news of the passing of Jim…. Prayers to his family and just to let you know Jim was a good man, I enjoyed working for him for 8 yrs. Angela

I went to High School with “Jimmy”, the was always smiling. So very sorry to see he has left so soon. Thoughts and prayers to his family and friends.

Our deepest sympathies to the Paige family. He gave so much to so many and was a beloved friend and mentor, who will be sorely missed. May his memory be a blessing to those who grieve his loss.

To the family of James Paige:
My sincere condolences for the loss of “Jimmy”. What a humble, kind, sincere, peaceful, lovable gentleman and scholar he was. I was blessed to have been in his company many times with his “bestie” Perry Galloway. Both are happy now, they are in the presence of Jesus together forever. Prayers for your family.

Clarise and Charise, so sorry to read about the loss of your brother. I pray God’s comfort and peace surround your during this difficult time

My deepest condolences to the Paige family. I will forever cherish being your teammate during our time at Bethany. RIP Captain

Jimmy, you exuded class from the moment I met you on the Pony League baseball field at approx. age 14 and and every time I saw you after. It’s my great honor to have called you friend. Rest In Peace.

My deepest sympathy for your loss.

My Deepest Sympathy to the Paige family. We grew up together and played lots of ball together and against each other. Great guy. Very competitive. We talked a few times about how we missed those days . A good friend. I’ll miss hin

To the Family of Jimmy:

Sorry to hear about Jimmy.

Please know that your family is in our thoughts and prayers during this very difficult time.

Jimmy will be sadly missed but never forgotten.