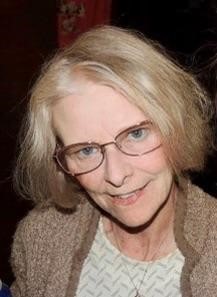 She was preceded in death by her mother, Charlotte “June” Gray and her father, Michael J. Patock, both of Moundsville. She was born on May 4, 1953.

Jane Ann graduated from John Marshall High School in 1971, and the Wheeling Hospital School of Radiologic Technology in 1974. She worked as an x-ray technician at Bellaire City Hospital for most of her career, as well as in several other medical-related fields. Most recently she worked for Beltone as a Patient Coordinator. She was a Methodist by faith, and member of the Simpson United Methodist Church for over fifty years.

Known as “Janie” to her friends, she was an avid pool player for the “Misfits” in Moundsville and participated in many leagues and tournaments. She was an avid rifle and pistol shooter, and a member of the Lewis Wetzel Rifle and Pistol Club in Triadelphia. She participated in many local, state, and national competitions throughout the years, including high-power rifle matches at Camp Perry. She loved to travel, and frequented places like Ocean City, MD.

Janie was a community volunteer at heart, and participated in many church functions for Simpson United Methodist Church. You could catch her working at the polls on election day, or volunteering at many of the local animal shelters. She absolutely loved animals.

Janie is survived by her beloved German Shepard Kimba, and if you were up late enough, you could catch her walking him along Moundsville’s quiet streets. She is also survived by numerous cousins and steps in the Whipkey, Patock, Kirby, Hinerman, and Alexander families.

At Janie’s request, there will be no visitation, and she requests no flowers. Chapel services will be on Thursday morning at 9:30 am at Halcyon Hills Memorial Gardens, with Annette Carper officiating. In lieu of flowers, memorial donations can be made to the Marshall County Animal Shelter in Moundsville, West Virginia.

So saddened to hear the news of a dear friend’s passing. Janie and I met at Moundsville High School in the ’60s and became life long friends. She was such a good soul and I will miss her. Now she gets to soar with the angels and be with her parents once again and forever more. God Bless all who knew her.

Janie, so sad to learn you are gone. So enjoyed our conversation at the 50th class reunion last August. Remembering 4 H and all the crazy adventures of growing up. Rest In Peace my friend . R Mike Baker

Dear Janie….Fly high with the Angels until we meet again!

So sorry to hear about Jane Ann. Someone I never knew well, but have known forever. I’m guessing first meeting in Sunday School in the late 50’s at Simpson Church. Another reminder that time waits for no one, and LIFE goes by as quickly as a summer vacation when we were in school. I’m sure she enjoyed her “short” time on this earth and hopefully got the most out of it. I’ll miss seeing her walking her German Shepard at all hours. My thoughts go out to all of her family and many friends she made during her time in this world