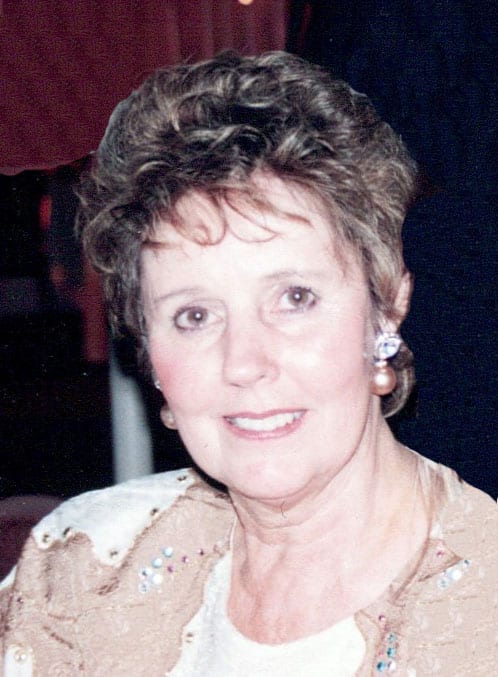 MERRICK, Jean N., 86, formerly of Wheeling, W.Va., and currently of Mount Laurel, N.J., died Sunday, September 10, 2017 at home.
She was born June 6, 1931 in Wheeling, a daughter of the late George and Charlotte (Rogers) Yoho.
In addition to her parents, she was preceded in death by her husband Michael Merrick, and one brother, William Yoho.
She is survived by three children, Dr. Greg (Shonna) Merrick of Wheeling, Dr. Tina (Stephen) Levitt of Haddonfield, N.J., and Susan (James) Hull of Mount Laurel, N.J.; one sister, June McCoy; and seven grandchildren, Malik Merrick, Milo Merrick, Caroline Levitt, Lauren Levitt, Alexandra Levitt, Nicole Hull, and Morgan Hull.
At Jean’s request, services will be private and held at the convenience of the family.
Online condolences may be expressed to the family at www.altmeyerfuneralhomes.com

So sorry to hear about your mother.

She was a wonderful woman!

Please know that you are in our thoughts and prayers during this very difficult time.

Dr Merrick, I am sorry for your loss

My sympathy on your loss ,Dr Merrick

My sincerest symphony for the loss of your mother. I knew her well during the time that I worked for her in the 1980s. She had so much love and admiration for her children. You are what she lived and worked for. I’m sure she was one fantastic Grandmother as she was one of the kindest people that I knew. I’m sure she will be greatly missed.

We have such fond memories of our close community on Elm Crest Drive in Wheeling. The Merricks were wonderful neighbors, and we will treasure those memories of Jean and her family for years to come.

In memory of Jean Merrick