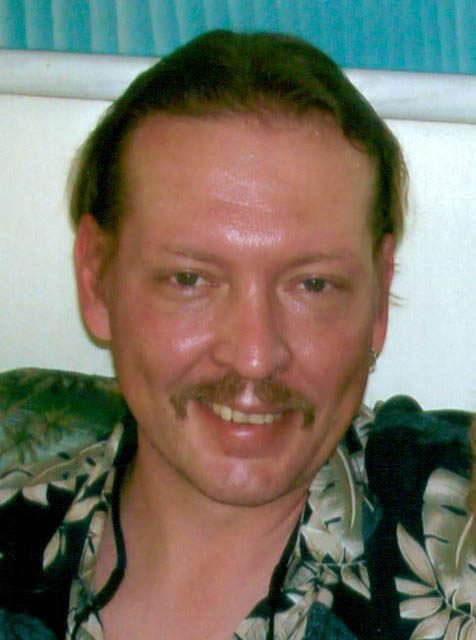 Jeff was born June 24, 1966 in Buffalo, NY, a son of Elizabeth A. (Fischer) Wright of Wheeling and the late Robert C. Robinson. He was a graduate of John Marshall High School and completed a 2-year program in technology at DeVry University in Atlanta, GA. He also served in the U.S. Navy on the USS New Jersey.

Jeff took great pride in his life as a chef. He worked in restaurants in several cities: New Orleans, LA, Atlanta, GA, Denver, CO and Sarasota, FL. He was known for the sauces he made and was cited in the newspaper several times for his achievements. He enjoyed the outdoors and was quite a fisherman. Growing up on Big Wheeling Creek and then living in Florida gave him ample opportunity to throw in a line.

In addition to his father, Brian was preceded in death by his step-father, David Wright, and his brother, Brian Robinson. In addition to his mother, he is survived by a nephew, Isaac Robinson of Bulacan, Philippines; an aunt, Mary Andreas of Wheeling; and three cousins, Tracy, Cathy and David.

Friends will be received from 4-6 pm, Friday, at Altmeyer Funeral Home, Elm Grove Chapel, 154 Kruger Street, Wheeling. Friends will then be received at the funeral home on Saturday, October 9, 2021, from 10 am until time of service at 11 am. Interment will follow in Greenwood Cemetery, Wheeling.

Memorial contributions can be directed to the David Wright Management Scholarship at the W.L.U. Foundation, 208 University Drive, CUB 126, West Liberty, WV 26074. Contributions can also be made online at www.tmcfunding.com or by clicking here.

May your memories of Jeffrey Charles Robinson, give you peace, comfort and strength…

Very sorry for your lost