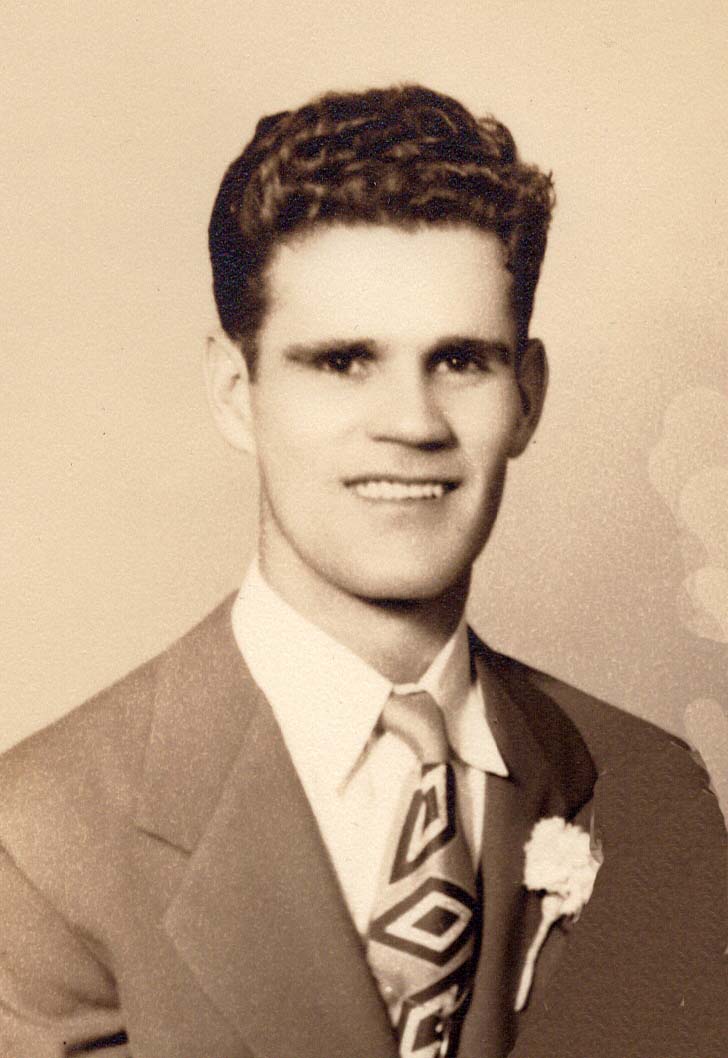 Brayec, John Joseph, 94, of Wheeling, died Thursday April 13, 2017 in Wheeling Hospital.
He was born June 9, 1922 in Benwood, WV., the son of the late Andrew and Veronika Mlinarich Brajec of Prugovac, Croatia, Austria-Hungary.
John retired from A J Gray as a shop foreman, was a member of the Croatian Fraternal Union “Ban Jelacic”Lodge 2 of Benwood, WV., was a U S Army veteran of WWII and a member of St Vincent de Paul Catholic Church, Elm Grove, Wheeling.
While serving his country, John received various decorations and citations including Asiatic Pacific Theater Ribbon, W/4 Bronze Star for Good Conduct Medal, Philippine Liberation Ribbon, W/1 Bronze Star Victory Medal for World War II.
In addition to his parents, he was also preceded in death by four sisters, Anna Yankovich, Katherine Markowski, Marica Brayec, and his twin sister, Mary Slenski , three brothers, Michael, William and Mato Brayec.
Surviving are his wife, Barbara Harasiuk Brayec, and a son Kent Brayec of Wheeling.
Family and friends will be received on Monday April 17, 2017 from 2-4 pm and 6-8 pm at Altmeyer Funeral Home, 154 Kruger Street, Elm Grove, Wheeling. Mass of Christian Burial will be held on Tuesday April 18, 2017 at 10 am at St Vincent de Paul Catholic Church, Wheeling with Rev. Msgr Paul Hudock as celebrant. Interment to follow at Mt Calvary Cemetery, Wheeling. Moundsville Honor Guard will conduct military services following the interment.
Vigil services will be held on Monday April 17, 2017 at 7:30 pm at the funeral home with Rev. Gary Naegele.
Online condolences may be made to the family at www.altmeyerfuneralhomes.com

Dear Brayec family, please accept my belated condolence. To learn about God’s promise to rid the earth of sickness, death and to resurrect our loved ones who have died back to a Paradise earth, go to: tinyurl.com/JYP4YL4. My deepest sympathy to you all.

Barbara and Kent,So sorry for the loss of your husband and father.So many fond and very special memories of John. He was such a great husband and father to you both.I will surely miss his quiet,but gentle nature. May God bless you and your family at this very difficult time.Sending my love and prayers to you both at this time.

Barbara and Kent, I’m so sorry for your loss. The two of you are in my thoughts and prayers. Johnny was such a special man. I’ll sure miss our Groundhog Day phone calls. He will be missed.

May your memories of John J. Brayec, give you peace, comfort and strength…

My sincere and deepest condolences to the family and friends of John. Denny Albaugh

May God grant you and your family every comfort in the loss of your father, Kent! It is so wonderful that he had such an honorable and decorated life in service to our country. Prayers Always!

Aunt Barb and Kent ,
Our deepest thoughts and prayers goes out to you both! Uncle John will be truly missed by everyone! Much love to you both at this time!!

Barb and Kent, we are so sorry for what you have lost in a husband and father. Our memories are many of him living next door and being a wonderful part of our past.

Aunt Barb & Kent,
A Very sad day. Thoughts and Prayers are with you at this time