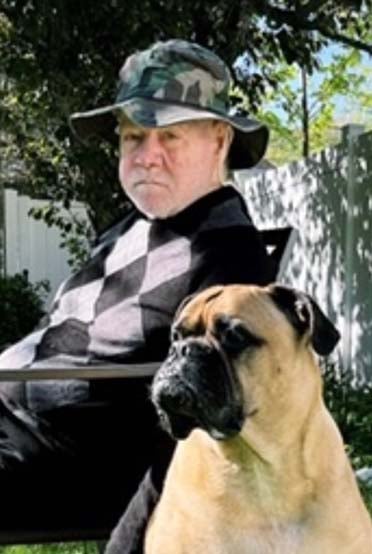 Residing in Wheeling WV, John loved spending time with family, friends, and his pets. After attending Wheeling Central Catholic High School, he served his country through the US Army Special Forces and in Vietnam where he earned several honors and medals. After his military service, he returned to Wheeling where he followed in his fathers footsteps and became a member of Plumbers and Steamfitters Local Union 83 in 1971. In 1986, John was elected Business Manager of Local 83 where he was proud to serve the membership until his retirement in 2010.

Family and friends will be received on Thursday, September 22, 2022 from 5-7pm at Altmeyer Funeral Home, 1400 Eoff Street, Wheeling, WV. John’s life will be celebrated with a Funeral Mass Friday, September 23, 2022 at 11am at St. Michael’s Catholic Church on National Road in Wheeling, WV with Father Carlos presiding. Interment will follow at Mount Calvary Cemetery with full Military Honors.

I am so sorry to hear of JP passing. I was out of town. I worked with him at Local 83. He was a good man and I always enjoyed spending time with him. Prayers for his family.

Jim and I are sending love and hugs to you all. I know JP will be so missed by his beautiful family and his friends. Even though we are not there with you in person you are in our thoughts and prayers. We are so sad but can’t help but think there is a great party going on in heaven and some very special people, with JP, are thinking of Allison, Carol, Jill and Brian and all the family. So glad we could take part on line during the Mass.

It is with a Sad Heart that I learned of the Death of John Hickey.John was Truly a “Mans Man”.He was Dedicated to Every Organization, He Volunteered for, took an Oath too,or was Elected too. I will Truly miss driving through Local Union’s 83 Jurisdiction and not have the Opportunity to call or talk to John Hickey. May He Rest In Peace and Eternal Light shine a pond Him 🥲🙏❤️🍀

My condolences to the whole family. It’s never easy loosing a parent but please know that we are here for you, Carol. 💔

Prayers and Sympathy to all the family. Chris and Sally Bowie. Our thoughts are with you at this time.

R.I.P. JP, My old Friend. You brought honor to the uniform you wore & the sacrifice you made for our Country’s Freedom. My deepest condolences & sympathy to your family!

We would like to offer our sympathy and prayers to John’s family and friends in this sorrowful time. I had the pleasure to work with John over the years as my contemporary in the U.A. We had a special bond that will live with me forever. Rest In Peace my Brother.

My sincere and humble condolences to the family and friends of “JP”. Denny Albaugh

May your memories of John Patrick Hickey, give you peace, comfort and strength…

I am praying for all of you that you may find strength and love in each other as you grieve and celebrate JP’s life. Remember he is always with you in each story and in each thought or mannerism. I was only privileged to know him through the Movement and the card he carried in his wallet said so much of his great character! Peace love and light to you all!