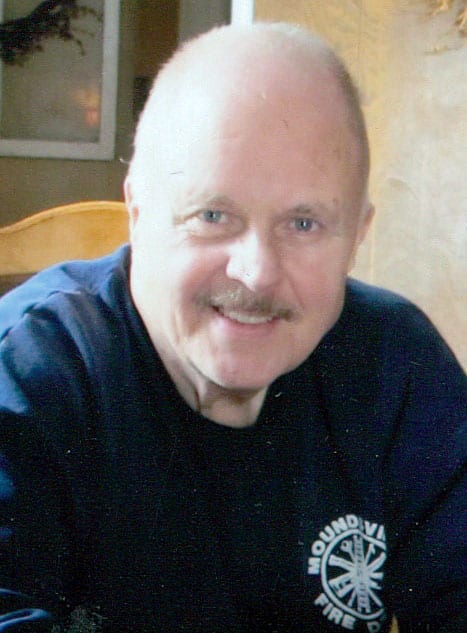 He was born August 14, 1939 in Glen Dale, W.Va., the son of the late Wilma Ward Clark and John Thomas Clark Sr. He was a member of the First Christian Church in Moundsville.

John graduated from Moundsville High School in 1957 and attended West Liberty State College. He worked as a chemical operator at PPG Industries. John was a retired Moundsville City Fireman who loved his job. He was also a trained paramedic. An Army veteran, he served from 1960-1962 and was stationed in Hawaii where he served as a military policeman and took part in atomic testing on Johnson Island before his discharge. After returning home, he served with the local National Guard for several years.

In addition to his parents, John was preceded in death by a brother-in-law, and several aunts and uncles.

Especially dear to John were his wife and his family. He loved spending time with his daughters, their husbands, and his grandchildren. He was very proud of them all. In addition, he loved his home and lake property in Greene County, Pa.

In lieu of flowers, memorial contributions may be made to the First Christian Church in Moundsville, 1200 Third Street, Moundsville, W.Va. 26041 or through www.TMCFunding.com

John’s family would like to thank the staff at Peterson Hospital and Amedisys Hospice for their care and compassion during his illness.

To the Clark family and friends please accept my deepest condolences for the loss of your loved one John. Very soon Jesus Christ will resurrect the loved ones we have lost in death back to life Acts 24:15; John 5:28, 29, right here on a brand new Paradise Earth no more sickness pain or death Life Without End Revelation 21:1-5 jw.org .

Dear Clark Family: I am so sorry for your recent loss. We are never prepared for such a tragedy. With the love and support shown by loving family,  concerned friends, and the peace from God your heart will mend. Philippians 4:6,7 and Acts 24:15 were very comforting scriptures for me. I hope they do the same for you. Again, I am sorry for your loss.

May God be with your family during this time of loss. And may you find comfort in knowing that your dad , Carolin, Chris and Jenny, and your husband Linda, is safe in the arms of God. Love and prayers

My love is sent to all of the Clark family.

May your memories of John T. Clark, Jr., give you peace, comfort and strength…

He was a good friend of my brother, Bill Wallace and often came to visit him at my mom’s home on Walnut Ave in Moundsville when they were in high school. What a great personality and friendly guy. So sad to hear of his death, prayers and sympathy to all of his family!

So sorry for your loss. Prayers for you Linda and family.

Dear Linda and girls,
We are so sorry to hear that John passed away over the weekend. I know it has been a rough road for all of you over the last couple years and our prayers and thoughts will be with you always .

Please accept our deepest sympathy. Our thoughts and prayers are with you all at this very difficult time. God Bless.

He was such a family man and hard worker. You will be missed.