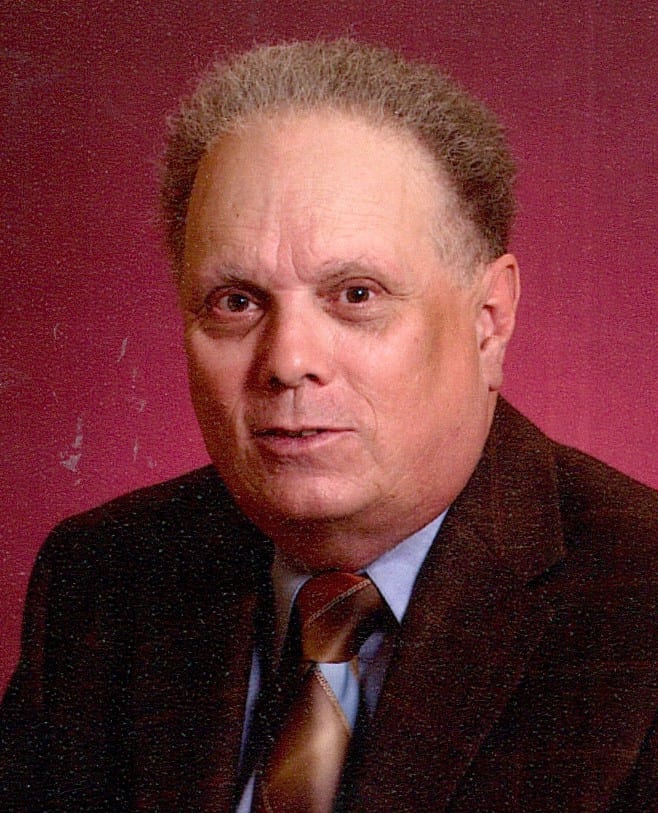 John Thomas O’Leary (known by all as Jack), 72, of Wheeling, W.Va. died Monday (Easter Monday), April 2, 2018, with his loving wife by his side.
Jack was born October 24, 1945, and was the son of John Paul and Rita Andrews O’Leary.
He was the beloved husband of Nancy Ellen Rice O’Leary for 46 years, 8 months and 9 days.
Jack was a graduate of Steubenville Catholic Central High School and received his Bachelor of Science degree from Wheeling Jesuit University and his MBA from West Virginia University. He was a veteran of the U.S. Army Reserves.
Jack was retired from a position as a systems analyst for the informational services of the former Wheeling-Pittsburgh Steel Corporation. Following retirement he spent time as a starter for the Speidel Golf course at Oglebay Park.
An avid golfer, Jack and his father-in-law, Frank L. Rice, most enjoyed playing many rounds of golf at the Greenbrier in White Sulphur Springs, WV while vacationing there with his wife and mother-in-law, Mary Ellen Voellinger Rice.
Jack was a past president of the Serra Club of Wheeling, and a highlight of his tenure was the special Mass and tribute he held for the Bishop Emeritus Bernard Schmitt.
Jack was a member of the Knights of Columbus Carroll Council 504 – where he served as chairman of the Knights’ Golf Club. He was also a member of the Oglebay Park Golf Club and was a past president and treasurer of the Georgetown Condominium Association.
He was a member of St. Michael Catholic Church, where he served as a Minister of the Holy Eucharist, an usher, and a member of the Pro-Life committee.
Unknown to many was Jack’s outstanding talent as an artist. Close friends and family were always amazed at the creativity and artistic talent shown in his numerous paintings.
Preceded in death by his parents, he is survived by his wife, Nancy Ellen; a sister, Dr. Patricia O’Leary of Murfreesboro, Tennessee; and a cousin-in-law, Ann Weir Coleman of Wheeling.
Fifty-three years ago, on April 7, 1965, Jack first asked Nancy Ellen Rice for a date – and true love and many wonderful years of happy memories followed. He was a devoted and caring husband who was deeply loved in life by his wife, and that love will continue forever.
Many who knew Jack appreciated his kindness, warmth and spirit of fun. They too will remember him fondly with the many memories of good times shared.
Friends will be received on Friday, April 6, 2018, from 2 pm until 5 pm and from 6 pm until 9 pm, at the Altmeyer Funeral Home, Elm Grove Chapel, 154 Kruger Street, Wheeling. The vigil service will be held at 7:30 pm at the funeral home. Mass of Christian Burial will be celebrated at 10 am, Saturday, April 7, 2018, at St. Michael Catholic Church, Woodsdale, with the Rev. Msgr. Kevin M. Quirk and Rev. William K. Matheny, Jr. as con-celebrants. Interment in Mount Calvary Cemetery, Wheeling, with full military honors provided by the Moundsville Veterans Honor Guard.
Memorial contributions may be made to Wheeling Jesuit University or St. Michael’s Development Fund. Contributions may be made online at www.TMCfunding.com.
Jack died on the 13th anniversary date (April 2) of Saint John Paul II. Both the Holy Father and Jack had a special love for Mary, the blessed Mother of Our Lord. It is now the hope of Jack’s wife that Mary, the Mother of Jesus, watch over and be with Jack for all of eternity.
Online condolences may be expressed to the family at www.altmeyerfuneralhomes.com

Dear Friends: I am so sorry to hear of Jack’s passing at such a late date. What a wonderful life! Take care.

Those of us who worked at Wheeling during the school year and during summer got to know folks from Wheeling who were attending Wheeling…I was one who did that…I remember a quiet man in love with Mary Ellen and always with a nod hello and a good word for everyone…It is our fate at this point in our lives that we have to a temporary farewell to the great folks we have met along the way…He and Mary Ellen will be in my prayers and thoughts.

Nancy, I just heard of Jack’s passing through the College so please forgive my tardy condolences I knew Jack from a Wheeling College. He was always very kind and friendly. I played golf with him on occasion during our college years and I even remember his great love for you. I am saddened by his passing and for your loss.

Nancy Ellen, I am so very sorry for your loss. It is so rare to find a truly sublimely happy married couple. I am glad for you to have had that joy and now I hope through those memories will come strength. My thoughts are with you.

So sorry to hear of Jack’s passing. My thoughts and prayers are with you and your family. Marty Maness

Nancy, so sorry to hear about Jack. In watching the Masters this weekend, I remember golfing with Jack a few times while at Wheeling College. I really enjoyed his friendship. You are in our thoughts & prayers.

Jack,
We were classmates for 12 years at Holy Rosary Grade School and Catholic Central HS. I recall that you liked Frankie Valli and The Four Seasons and golfing. Mostly, though, I remember your parents generosity in allowing a room full of loud teenage boys to shoot pool in your basement. Those were wonderful summer days in the old neighborhood. After high school we only met one time and, appropriately, it was after Sunday Mass at Holy Rosary where we had served as altar boys. Your character speaks for itself by remaining a faithful Catholic, having a loving marriage, and finding time to serve our country. Undoubtedly, you are now an eternal Soldier of Christ. Rest In Peace, My Friend.

Pat. So truly sorry for your loss. May the Lord give you peace and comfort during the loss of your brother.

Nancy Ellen, Sandra and I were so sorry to hear of Jack’s passing on Monday Evening. Our thoughts and prayers are with you at this time. We are so sorry, but we will be unable to come to Wheeling, as we are in the process of moving the first of next week into a Senior facility. You will be in our prayers and we hope you are doing okay at this difficult time. We are hoping to come North this summer and will see you at that time. With Sympathly and Love Fred and Sandra

So sorry for your loss, Nancy Ellen. You and Jack had something very special. I’m hoping the happy memories overshadow your sense of loss. God Bless and give you strength and peace.