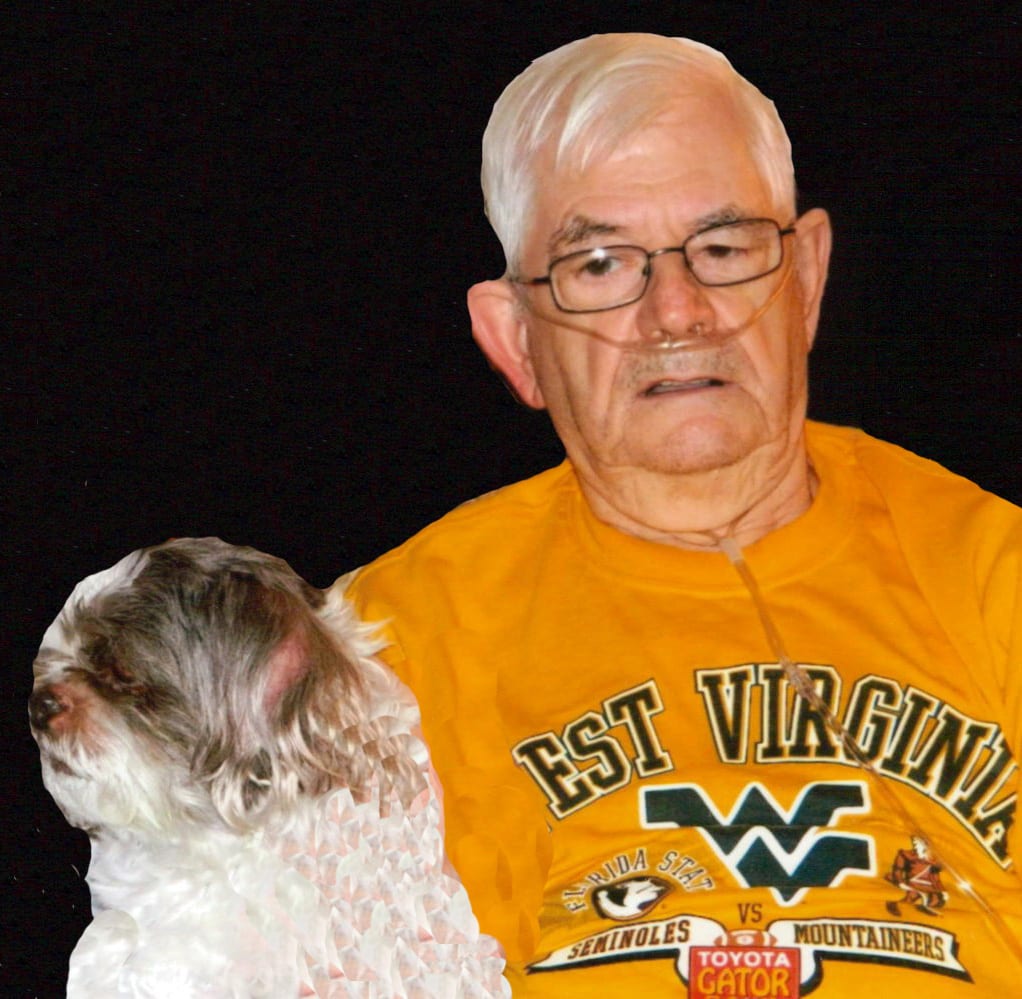 WILSON, John, 71, of McMechen, W.Va. died Tuesday, October 27, 2015 at Canonsburg Hospital.
He was born March 15, 1944, in Wheeling, W.Va., a son of the late Wayne and Alice (Abercrombie) Wilson. He was a member of St. James Church in McMechen, and the Knights of Columbus Council 1907. He served two tours of duty with the U.S. Navy. He worked for Fostoria Glass, Wheeling Island Racetrack & Casino, the Moundsville Penitentiary as a prison guard during prison riot on January 1, 1986, and Wheeling Pittsburgh Steel, Benwood and Yorkville Plants, where he retired after 33 years. John was the youngest of ten brothers and sisters.
In addition to his parents, he was preceded in death by one son, Jason Matthew Wilson, his mother-in-law and father-in-law, Julia and Rudy Hodulik, two sisters, Gladys Kandel and Nancy Jarrett, and one brother, George Davis.
John is survived by his loving wife, Judy Hodulik; three sons, John Michael “Buzz” (Debbie) Wilson, Christopher Andrew (Jennifer) Wilson, and Peter Wayne (Missy) Wilson; three sisters, Marilyn Anderson, Barbara Stanton, and Mabel Seda; three brothers, Bill Wilson, Gene Wilson, and Ed Davis; one sister-in-law, Barbara Hodulik; the love of his life, his five grandchildren, Bailey Matthew Sieber, Corey Michael Wilson, Lindsay Susanne Wilson, Sarah Kate Wilson, and Isabella “Bella” Wilson; his buddy, Randy; best Buddy, Becky Ferrera; and several nieces and nephews.
Friends will be received on Thursday, October 29, 2015 from 2-4 & 6-8 pm at the Altmeyer Funeral Home, 214 Marshall Street, McMechen, where a vigil service will be held at 7pm. Mass of Christian Burial will be celebrated Friday, October 30, 2015 at 11 am at St. James Catholic Church in McMechen with Rev. Bekeh Utietiang as celebrant and Msgr. Bakhos Chidiac as concelebrant. Interment will follow in Mount Calvary Cemetery, Wheeling.
Memorial donations can be made to Our Lady of Lebanon Church, 2216 Eoff Street, Wheeling, W.Va. 26003.
Online condolences may be expressed to the family at www.altmeyer.com

I would like to express my heartfelt sympathy to the family for the loss of your dear loved one. I lost my father last year and something that comforts me is that Jesus promised at John 5:28,29 that the day is coming when he is going to resurrect those in the grave. Until then, it is just like they are sleeping. (John 11:11-14) I hope that your family will find comfort in this too.

Judy and family, so sorry for you loss. Know that you are in our thoughts and prayers and we pray that happy memories may give you some comfort during this time. Sorry we could not make it, sending you our love.

All of us at EHO express our sincere sympathy in learning of the passing of John Wilson. We will certainly keep Pete and all of the family in our thoughts and prayers during this sad time. God Bless

I did not personally know Mr. Wilson, but his son Pete is a good friend of my son, John Dubowski. Please accept our sincere sympathies at this time. May God bless you at this time and ease the pain in your heart.

Judy and family We are sadden by the news of John,s passing. We know he is with the risen lord along with your mom and dad . Sorry we cannot be with you at this difficult time but our thoughts and prayers will be with you and your family God Bless
He was such a good Catholic and a great family man. He will be missed by many

My thoughts and prayers are with you, Mrs. Wilson. Mr. Wilson will be very missed here at the library.

May your memories of John Wilson, give you peace, comfort and strength…