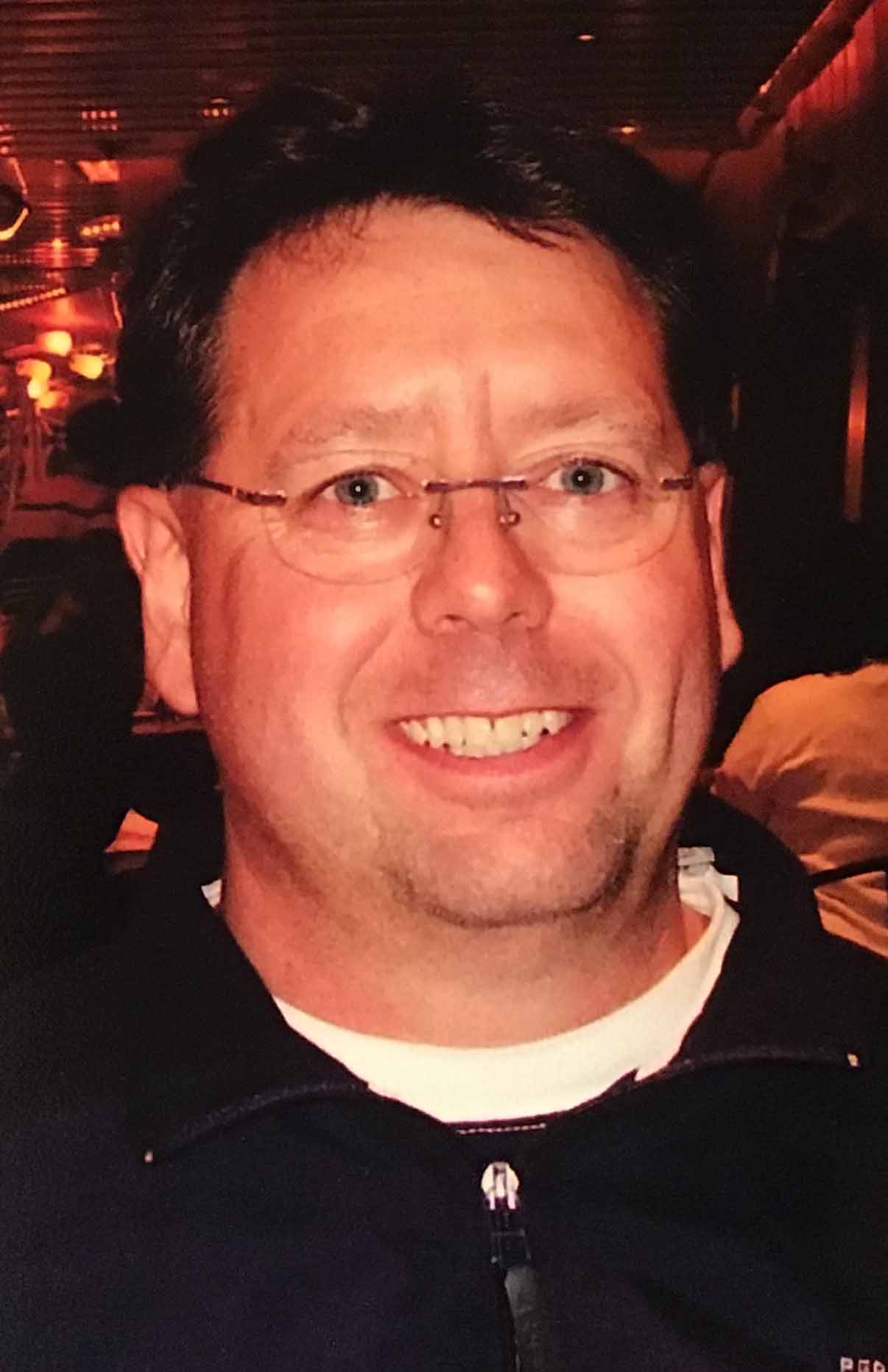 John Wolverton, devoted husband and father, passed away on Sunday, May 8, surrounded by his family.
John is survived by his wife of 34 years, Lori (Duymich) Wolverton, daughter, Amanda Wolverton, and brother, Joe Wolverton. He is also survived by his granddaughter, Phoenix Wolverton, who held a special place in his heart, and whose cheeks and ears he loved to pinch. In addition, he is survived by his brothers-in law, Charles Duymich and Brian Duymich, and his sister-in-law, Tina Bohrer. He is predeceased by his parents, three brothers and a sister.
John’s life was an example of a life well lived. His philosophy was focusing on the good things in his life and not wasting time on what he could not control. John’s passing leaves a deep well of sadness in his friends and family. He will be remembered by his loved ones as a remarkable, gentle and kind person, always inspiring love, laughter and joy with his wit and warm smile. He will also be remembered by his wife as a romantic, whimsical man with the utmost integrity, and a treasured companion.
John was an employee of American Electric Power for 42 years. Over those years he worked in several positions out of the Moundsville, Wheeling and Canton offices. He obtained his master’s degree in Electrical Engineering at Cleveland State University and most recently held the position of Electrical Engineer Senior at AEP.
In his spare time, John loved traveling, boating, WVU football games, and spending time with his family back in West Virginia. Although he lived in Ohio for 26 years, he always considered West Virginia his home.
Friends will be received from 5-8 pm, Thursday, May 12, 2022, at Altmeyer Funeral Home, Benwood-McMechen Chapel, 214 Marshall Street, McMechen, WV.
If you wish to make a donation in John’s honor, please support your local animal shelter.

We are sad to hear of John’s passing. Rest In Peace friend. Regards and prayers for John’s family. Mike and Ruby Shutler

Lori – You and John are dear friends. I am so sorry to hear of his passing. May God bless you and your family during this time. I am thinking of you.

Sorry for your loss. What a nice guy. It was always a pleasure to work with John. He was a go to guy if you wanted to get a job done and done right. Everybody knew John and we all valued his friendship. Attached is a picture of us with him and part of the reason for everyone smiling was just because we were all good friends and sitting in front of the desert table didn’t hurt either.

Lori, I am so sorry to hear of John’s passing. Your and your family are in my thoughts and prayers.

Lori,
Our deepest sympathies to you and your family.

Lori, so sorry to hear about John’s death. Our sincere condolences to you and your family. Frank,Anna Marie & Michael.

I worked with John in Canton and there couldn’t be a nicer man. I’m very sorry to hear about his passing. My condolences.

Lori so sorry for your loss. John was a great guy will miss talking to him.

Lori: My heart and my prayers go out to you! John was a very, very good man!