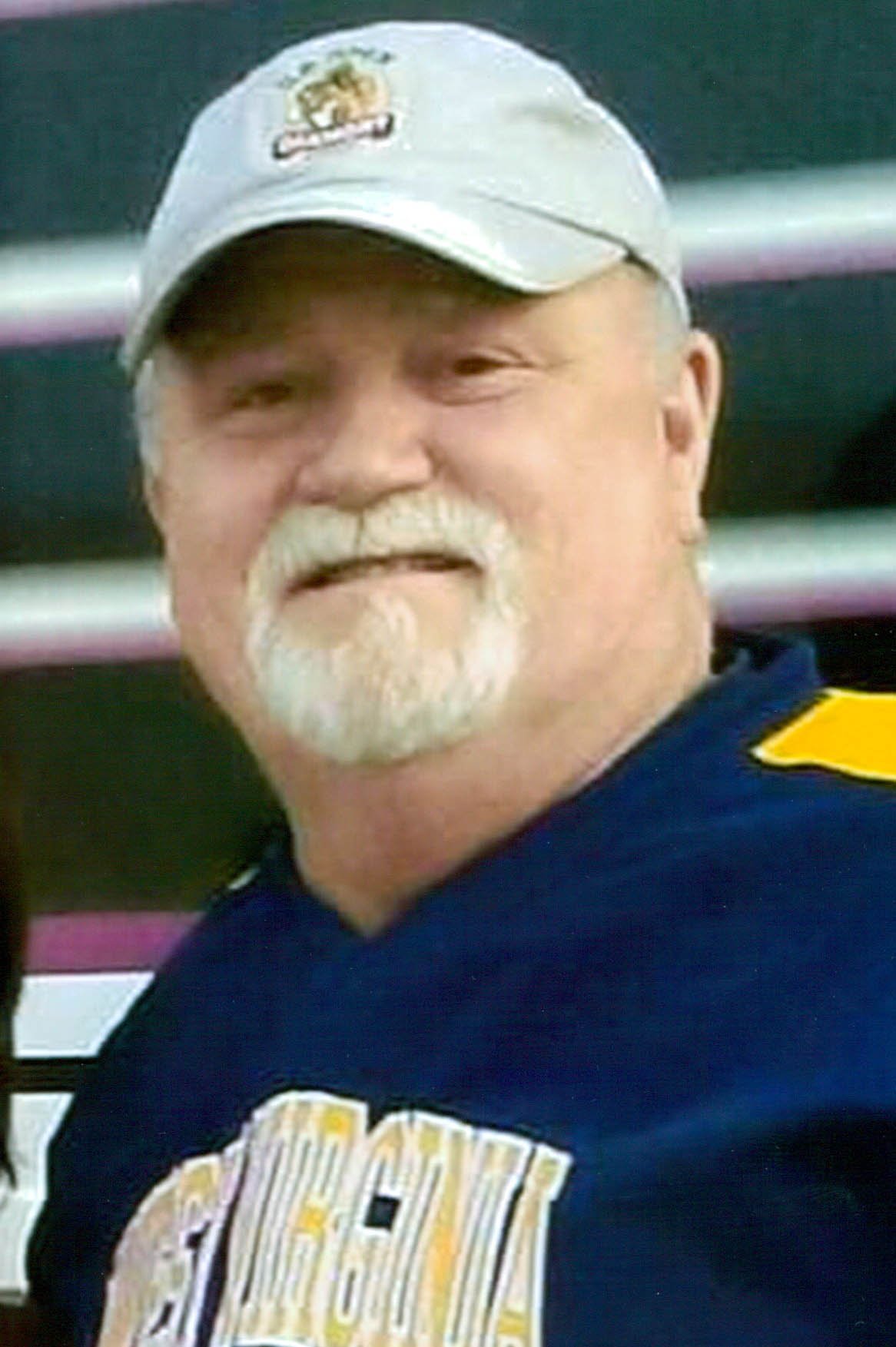 Joseph D. Erbacher III, 67, of Bethlehem, WV, passed away peacefully at home on Tuesday, December 28, 2021, surrounded by his loving family after a long and courageous battle with cancer.
Joe was born on April 14, 1954 to the late Joseph D. and Dorothy Roth Erbacher, II. He was the oldest of four children. In Addition to his parents, he was preceded in death by his sister, Deborah Gessler of Wheeling, WV.
Joe graduated from Central Catholic High School. He was a heavy equipment operator by trade and was an employee of American Electric Power’s Mitchell Power Plant for almost 40 years.He retired in April of 2016. He was a member of the Knights of Columbus and for many years was a dedicated member of the Ohio Valley Jaycees. He had numerous hobbies that included woodworking, golf, travel and playing cards. Joe was an avid Pittsburgh Steeler fan. Most importantly to Joe were his children, grandchildren and family.
Left to cherish his memory is his loving wife, Becky Nixon Erbacher. He also leaves behind his children to celebrate his life, Christopher (Amber) Erbacher, Craig (Cori) Erbacher, both of Wheeling, WV, Emily (Albert) Russell of St. Clairsville, OH, Bill (Jen) Gooch and Marcie Gaylor and fiance, Chris Schubert both of Wheeling; sisters, Linda (David) Wodesky of Colerain, OH and Kimberly (James) Rykowski of Cadiz, OH and two brothers-in-law, Robert Gessler and Ron (Monica) Nixon both of Wheeling; grandchildren, Brody and Brock Erbacher, Becca Breeden and fiance, Bryan Stricklin, Craig (C.J.) Erbacher Jr., Aubrey Russell, Billy and Sophie Gooch, Luke Marsh, Anna and Zachary Gaylor; three special young men who he cared about, Matt and Luke Schubert and Ayden Stricklin. He was excited and looking forward to a great grandchild in 2022. Joe was blessed with numerous nieces, nephews, cousins and dear friends.
Joe’s family would like to send their gratitude to the Wexner James Medical Cancer Center for the wonderful care that he received during his long battle with cancer and also to the nurses and aides from the Amedisys Hospice Services of Wheeling for their support and care during this difficult time.
Family and friends will be received on Sunday, January 2, 2022 from 2-4 & 6-8pm at Altmeyer Funeral Home, Wheeling Chapel, 1400 Eoff Street, Wheeling, WV 26003 where funeral services will be held on Monday, January 3, 2022 at 2pm.
Interment will follow at Greenwood Cemetery, Wheeling.
Online condolences may be expressed to the family at www.altmeyerfuneralhomes.com

condolences Becky and family so sorry for your loss. We will keep you and your family in our prayers

Rest in peace Joe. You fought a long battle. I will miss you. Craig and Chris, your dad was a good man. Becky I know he loved you. Joe touched all of us in some way. Prayers.

Prayers for you and your family. Please know you are loved by many and we feel your sorrow.

Becky and family- We are deeply sorry for your loss. Our prayers are with you and your family

Becky, I am very sorry to hear of Joe’s passing. Praying for you and the entire family for God’s love and comfort.

Becky, my thoughts and prayers are with you and your family. I was so fortunate to have met both of you.

Praying for you and your family
Very sad to hear of Joes passing. Had some great years working with him.

Becky and family, Lou Ann and I are so very sorry for your loss, the wonderful memories that Joe leaves behind will help you all in the times to come. God bless!

Joe was one of the good guys. He was a coworker of mine. Always enjoyed being around him. Very thoughtful and a nice guy. My condolences to the family.