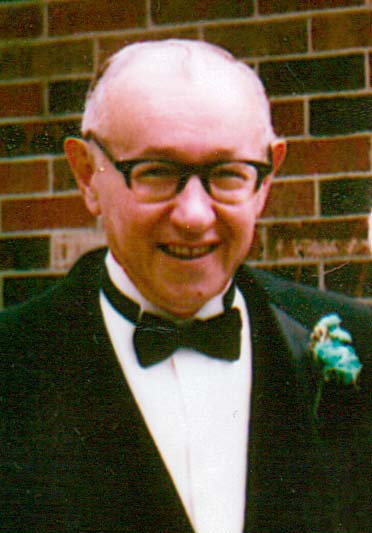 He was born November 2, 1924 in Boggs Run, WV a son of the late Joseph M Stipetich.and Rose (Bosnic) Stipetich Predavec.

In addition to his parents, he was preceded in death by his step-father, Frank Predavec, brother John (Regina) Stipetich, sister, Katherine Stipetich and grandson, Griffin Stipetich.

Friends will be received on Sunday, July 9, 2017 at Altmeyer Funeral Home, Benwood -McMechen Chapel, 214 Marshall Street McMechen WV from 2-4pm and 6-8pm. Mass of Christian Burial will be held at St. James Catholic Church, McMechen Monday July 10, 2017 at 10am with Msgr Kevin Quirk serving as celebrant.

Memorial donations may be made to the St. John Church Meditation Garden Fund at www.TMCFunding .com (Click Here)

Online condolences may be expressed at www.altmeyerfuneralhomes.com.

John,
I am so very sorry to hear about your dad. You, Peg, and all of your family are in my thoughts and prayers.

Dear Frank and family, my condolences to you for your loss. May God grant you comfort and peace.

Frank. Sorry to hear about the loss of your Father. Thoughts and prayers are with you and your family

My sincere and deepest condolences to the family and friends of Mr. Stipetich. Denny Albaugh

To Frank and family. Jennifer an I send you our sympathies and condolences. Prayer for Comfort.

Very sorry to hear this Joe. Wonderful that you had him so long. God bless you and your family.

I was sadded when I read in the paper today of the death of your love one. I know he was loved by his family and friends. Praying for you all.