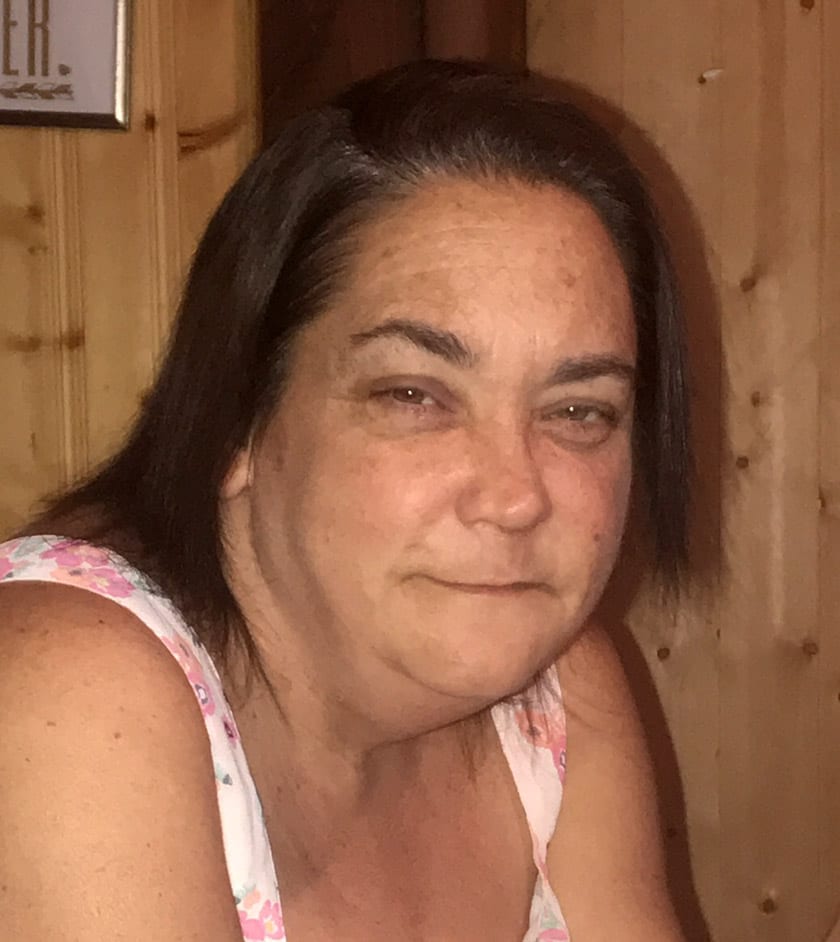 Joyce Marie Nixon, 48, of Wheeling, died Tuesday, April 3, 2018 at her home.
She was born June 10, 1969 in Wheeling, a daughter of the late Edward and Janet Wallace Green.
In addition to her parents, Joyce was preceded in death by her husband, Walter Nixon in 2016, a brother, Edward Green, Jr., and sister, Kimberly Green.
Joyce is survived by 2 children; Joseph Green, Kimberly Green and her fiance’, Taylor Smith, all of Wheeling, cousins; Michael Wallace and children, William Wallace, and Sharon and Shane Barnes and children, all of Wheeling, and her nieces, Lori Green and Kayla Kins.
Friends will be received on Saturday, April 7, 2018 from 4:00pm until time of services at 6:00pm at the Altmeyer Funeral Home, 1400 Eoff St., Wheeling, with Rev. Danny Mason officiating.
Online condolences may be extended to the family at www.altmeyerfuneralhomes.com

My memory of Joyce is of the great times we had and her beautiful heart. Joyce loved everyone even those who did not think much of her. She just spent her life loving and caring & longed to find that love returned and when she got married I believe she found it. When he died well must have really been a blow to her life. So now she has more love then she can ever find here, Joyce you have left me with a great memory of you. Hug my friend and sister My Lord. Love her

Sorry for your loss. May the family find comfort through prayerful reliance on Jehovah, the God and Father of our Lord Jesus Christ. He is the hearer of prayer and the God of all comfort, who comforts us in all our trials. 2 Corinthians 1:3, 4.

I haven’t seen Joyce since we were in school. She was such a nice person n she sure will be missed by everyone. RIP

Joyce I will miss you forever,I’ve never met a more beautiful soul then yours! You were an amazing friend and mother,I hope you are finally free of all your pain you endured on a daily basis.Til I see you again fly high my beautiful friend!

U will b missed by family & friends may u R.I.P cuz