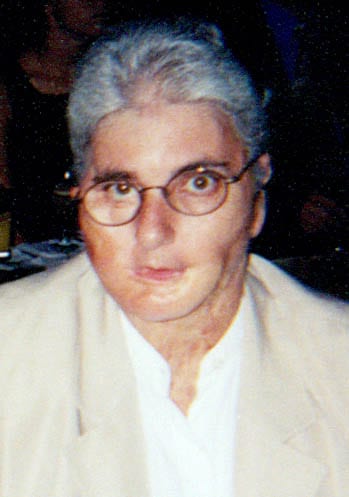 Judith Kay Demuth Dierkes, 65, of Wheeling, died Thursday August 17, 2017 in Wheeling Hospital.
She was born February 20, 1952 in Wheeling, the daughter of the late Kenneth W. and Juline Moses Demuth Sr.
Judy was a CNA with Amedsysis Hospice in Warwood and a member of Our Lady of Lebanon Church in Wheeling.
In addition to her parents, she was also preceded in death by her husband, Richard Frederick Dierkes in 2012; and two brothers, Kenneth Demuth Jr. and Thomas Demuth.
Surviving are a son, Sean Dierkes (Robin) of Glen Dale, W.Va.; a daughter, Tracey Dierkes of Wheeling; a sister, Constance Terretti (Tim) of Columbus, Ohio; two sisters-in-law, Sandra Demuth of Wheeling and Deanna Myers (Bret) of Morgantown; and a granddaughter, Addalynn Dierkes of Glen Dale.
Family and friends will be received on Monday, August 21, 2017 from 2-4 p.m. and 6-8 p.m. at Altmeyer Funeral Home, 1400 Eoff Street, Wheeling. Mass of Christian Burial will be held on Tuesday, August 22, 2017 at 11 a.m. at Our Lady of Lebanon Church, Wheeling with Msgr. Rev. Bakhos Chidiac as celebrant. Interment will be held at the convenience of the family.
Online condolences may be made to the family at www.altmeyerfuneralhomes.com.

We were all incredibly and deeply saddened to learn of Judy’s untimely passing. Please know that our thoughts and prayers are with the entire family at this difficult time. We are truly sorry for your loss. May she Rest In Peace.

So sorry to hear about the passing of Judy. It takes a special person to be a hospice caregiver, and that Judy was! Judy took care of my mother-in-law Ann Sheedy. Ann loved her dearly. She always made her feel good, made her laugh even when she didn’t feel like it. She was so nice to her. Judy will be missed by all if her current patients. May she RIP. Judy will be watching over all of you. God bless.

Tracey prayers for you and your family. Judy was a sweet person, will miss her.

May you find comfort in happy memories. I worked with Judy at Peterson. She was a hard worker and took great care of her patients. She had a great sense of humor and was good for a laugh. I am sure God welcomed her with open arms. Sincere sympathy.

I worked with Judy at Peterson years ago. Then we would come to meet again during her time working with her hospice patients and sometimes we would see each other when she had my neighbor as a patient. She will be deeply missed. To Judy’s family my thoughts and prayers are with you.

Judy will be missed by many, she was a friend I knew could make me smile. her sense of humor would light of the dullest room. rest in peace, my friend. Condolences to her family, my thoughts and prayers are with you.

I met and worked with Judy at Peterson where she was a CNA. She had a caring heart for all her patients she treated them with respect. She will be missed. Prayers for the family