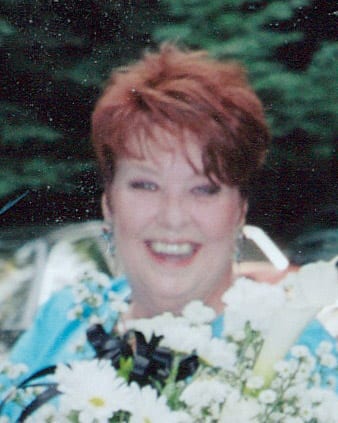 Kelly was born August 7, 1946 in Wheeling, the daughter of the late Jack and Eileen Whipkey Kane.

She was a retired hairdresser, where she was an owner/operator for LaKel’s Salon, Kelly’s Hair Design and Kelly’s Salon and Spa at Stratford Springs: was educated for Framesi and Colorly hair color; a former President of the Board of Barbers and Cosmetology; a member of St. Vincent de Paul Catholic Church and a volunteer for Sisters of St. Joseph, Wheeling.

In addition to her parents, she was also preceded in death by a sister Christy Sall.

Surviving are her husband of 52 years, Charles Leonard Hodgson, a son Shawn A. Hodgson and his wife Leslie of Wheeling, a brother Jack Kane and his wife Melinda of Claysville, PA., and a grandson Dylan Hodgson of Wheeling.

Kelly has cut my hair for 53 years. She will be missed by so many people. I loved her laugh and smile. I will miss you my friend. It’s time for Kelly to spread her wings and fly. Kelly’s family and friends are in my thoughts and prayers. Love Patty.

May you Rest In Paradise Kelly. Years ago we were neighbors, you did my mother’s hair on GC & P, Dot, she loved you as everyone did. Prayers for family & friends.

Sending prayers, condolences, and strength to Kellys family on this loss of their Loved one. I still can’t believe she’s really gone. I hit as far as the front door and could not enter because then I would have to realize this Beautiful Friend of mine has gone on to a better place where she was needed. I’ve known this kind, sweet, person over a shirt time of 40 years. She was also there for me when I needed support , guidance , advice.
I’ll never quit missing you and I have been genuinely blessed to have called you my Friend. You were one of a kind. A lifelong friend and not too many people are lucky like me to have someone like you in their lives. God Bless you my beautiful Friend and may the next journey God has in mind for you be as rewarding as the one you had here.
Until we meet again ❤️

I began my journey with Kelly in the early 80’s when I was still in high school. I met my future husband who was once a biker hippie. He also had his long locks made into David Bowie, Rod Stewart. Etc. Kelly said “ Hey Ron, I just colored someone red, you want some? We remained close and no matter what mood Kelly had that day, WE ALWAYS MADE EACH OTHER LAUGH. A can of Spam was our secret joke (which she loved). God bless your family. Fly high Kelly.
Laura and Ron Maclay

I am so sorry for your loss. You are all in my thoughts and prayers!

So sorry to hear today that Kelly had passed away…she was my Mom’s hairdresser & buddy for decades. My Mom passed away several years ago but Kelly was so sweet & would come to the house to do her hair when she couldn’t get to the salon. My condolences to all of her family. RIP Kelly.

God Bless You , Kelly. We certainly have many wonderful memories. My Condolences to the Family.

Our heartfelt condolences go out to Jack and his entire family… our thoughts and prayers are with you all.

So sorry for your loss, my condolences to the family. Kelly will be sadly missed. It was a pleasure knowing her.