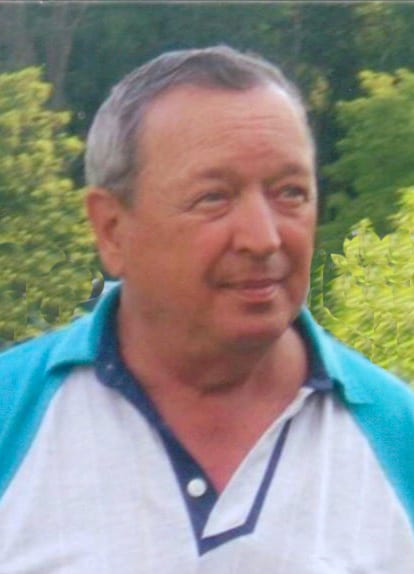 He was born August 13, 1946 in Glen Dale, a son of the late Clarence Edwin and Austa Fay (Crow) Simmons.

Kenny was a Christian by faith, retired coal miner for McElroy Mines, member of the UMWA locals 1110 and 1638, John Marshall sports enthusiast and an avid WVU Mountaineer fan. Kenny loved to spend his free time with his grandchildren.

In addition to his parents, he was preceded in death by his wife of 40 years, Elizabeth K. (Palmer) Simmons; son, Richard “Ricky” Douglas Simmons; brother, Clarence Wayne Simmons and sister-in-law, Alice Simmons.

Private Graveside services will be held at a later date at the convenience of the family.

Please accept our heartfelt condolences on the loss of your beloved father, Kenny. Our thoughts and prayers are with you during this difficult time. God Bless

I have many fond memories of Uncle Kenny. May the family be comforted.

Brad and Denise Fromhart and Friends from Elites

So sorry for your loss. Kenny was such a nice, friendly and amazing man. He loved his family and friends and was an avid JMHS supporter and fan. Everyone looked forward to seeing Kenny at Elites. He will be deeply missed. Our hearts are saddened by his passing.

Jim & Lee Heath and THE BOYS OF SUMMER

Colin, Ronnie & Bill we are so sorry to hear about the loss of your brother Kenny. Our thoughts and prayers are with you and your families.

SO SORRY ABOUT KENNY……I ALWAYS ADMIRED HIS DECICATION TO JMHS SPORTS AND HOW HE RAISED HIS SON TO UNSELFISHLY CONTRIBUTE TO THEM ON MANY LEVELS.. MY THOUGHTS AND SYMPATHY GO OUT TO ALL OF HIS FAMILY MEMBERS AND HIS MANY FRIENDS

Thoughts and Prayers going out to the family.

We are so sorry for the loss of your brother, Colin. If you need anything we are here for you.

So sorry for the loss of you brother, Colin. Gary and I are here if you all need anything.

Colin,
So sorry to hear of the loss of your brother Kenny. Sending prayers and condolences to the family in this time of need. May he RIP…

We are so very sorry for your loss. We always enjoyed Kenny’s company. May you Rest in Peace Kenny.