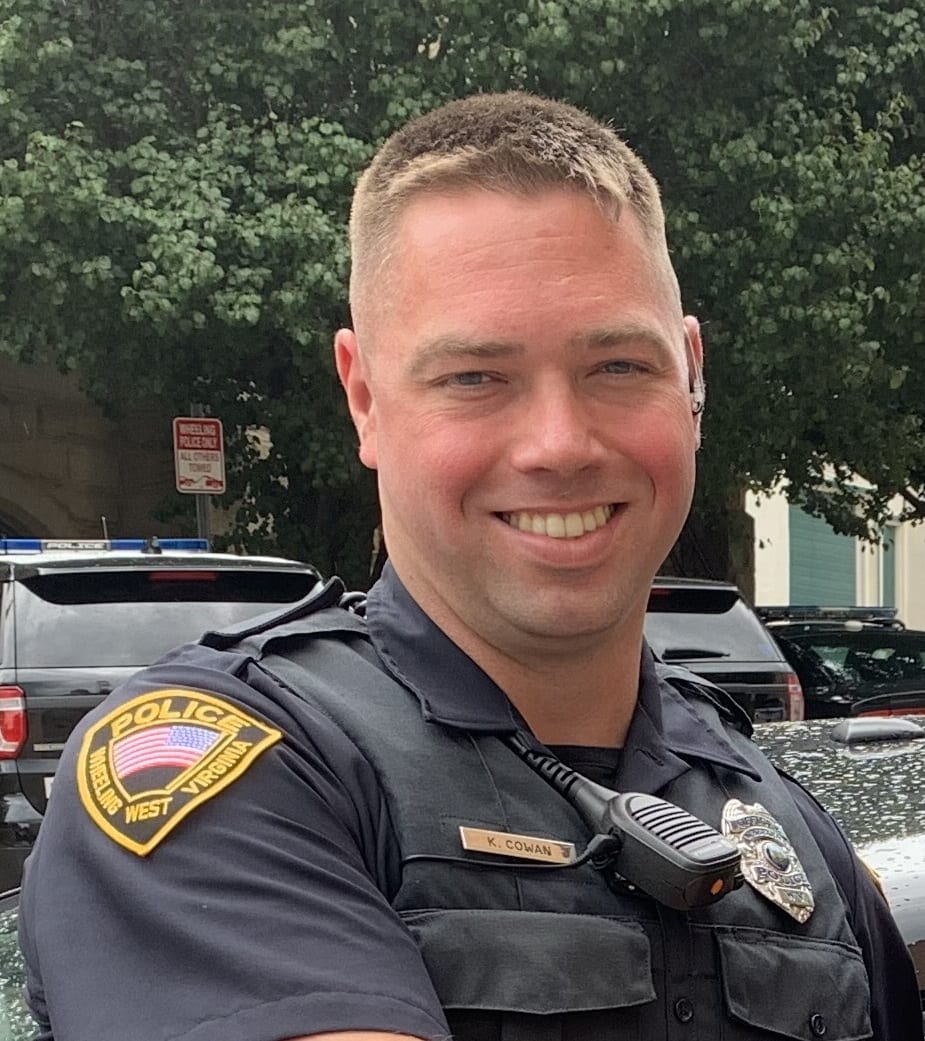 Born on April 8, 1985 to Connie (Stier) Cowan and the late Thomas R. Cowan, Kevin grew up in North Park where he met his lifelong friends. After attending college at West Liberty, Kevin pursued his passion for scuba diving by becoming a Dive Master and then a Certified Commercial Diver. Following in his father’s footsteps, Kevin achieved his dream of pursuing a career in law enforcement and served as a Wheeling Police Officer and as a police officer for the Village of Clearview. Kevin loved his job and would do anything to serve and protect his community and his brothers and sisters in blue.  The special comradery and friendships he shared with his family in blue meant the world to Kevin. He was also a member of the Wheeling Fraternal Order of Police Lodge 38 and the Lewis Wetzel Pistol & Gun Club.

In 2006, Kevin met his other half, Lyn, and they spent their years growing together and pushing each other to follow their dreams. After marrying in 2015, Kevin and Lyn continued to root themselves in their hometown and welcomed their daughter and the love of Kevin’s life, Charlotte, in February 2020. Kevin was a supportive, loving, passionate, and protective husband, father, son, brother, uncle, and friend. Kevin put his heart into everything he did and made an impact on everyone he met. His infectious laugh will carry on in our memories.

In lieu of flowers, memorial contributions may be made to the Wheeling Police Department by clicking here.

Condolences may be offered to the family at www.altmeyefuneralhomes.com

Kevster, you are truly missed. Our family is devastated that you are no longer with us but we hope you are at peace now. We will always love you.

Connie and family, my heart goes out to you. I am so sorry for your loss. May Kevin rest in peace in the arms of the Lord.

RIP KEVIN!
I’LL NEVER FORGET THAT EVERLASTING SMILE OF YOURS!
PRAYERS FOR THIS FAMILY.
GOD BLESS YOU ALL!

Connie, Kelly & Family So shocked and saddened at the loss of Kevin, I knew him as a sweet little boy that you brought into the office. Tom was so proud of him. Our deepest condolences, thoughts and prayers are with all of you.

Connie, Kelly and family we are so sorry about the loss of Kevin. We send our prayers to all of you. God bless you.

Connie, you and you family have our deepest sympathies. The world lost a true angel when Kevin left us. He will always be remembered as a loyal friend with an infectious smile and laugh that magnified his personality. He will be truly missed. May God bless you and your family.

The Cowan’s have been like family for a long time. We watched Tom and Connie’s children grow up throughout the years. Seeing Kevin reminded me of his father Tom. When Kevin set out to do something whether it was being a master diver or becoming a Wheeling Policeman, he accomplished that. He truly made the Wheeling Police a fine officer, Respected. Kevin like his father had lots of freinds. One would say if you have one freind you are rich. If you have lots of freinds you have wealth. Well, Kevin was wealthy. He will be forever missed by all that knew him. Kevin will always be special to my wife and I and in our thoughts and prayers forever. God Bless you Kevin..

You were like a son to Karen and me. A kind, respectful young man that made me smile every time I saw you. Love you Kevin and you will live in our hearts forever. We will see you again one fine day on the other side. God Bless your mother, wife and beautiful daughter You will never be forgotten by anyone that knew you.

Thoughts go out to the Family, Friends and PD. I’ve known Kevin for probably close to 30yrs. Was always more associates than friends during our school years, but was always the first one to notice me out in public and would stop to say hey or at least give a friendly wave.

First met Kevin when we were in high school. Since the first time I met him he was always the kindest person and knew how to keep people smiling. My sincerest condolences to his family. I hope you are able to find some peace and and comfort during this trying time.