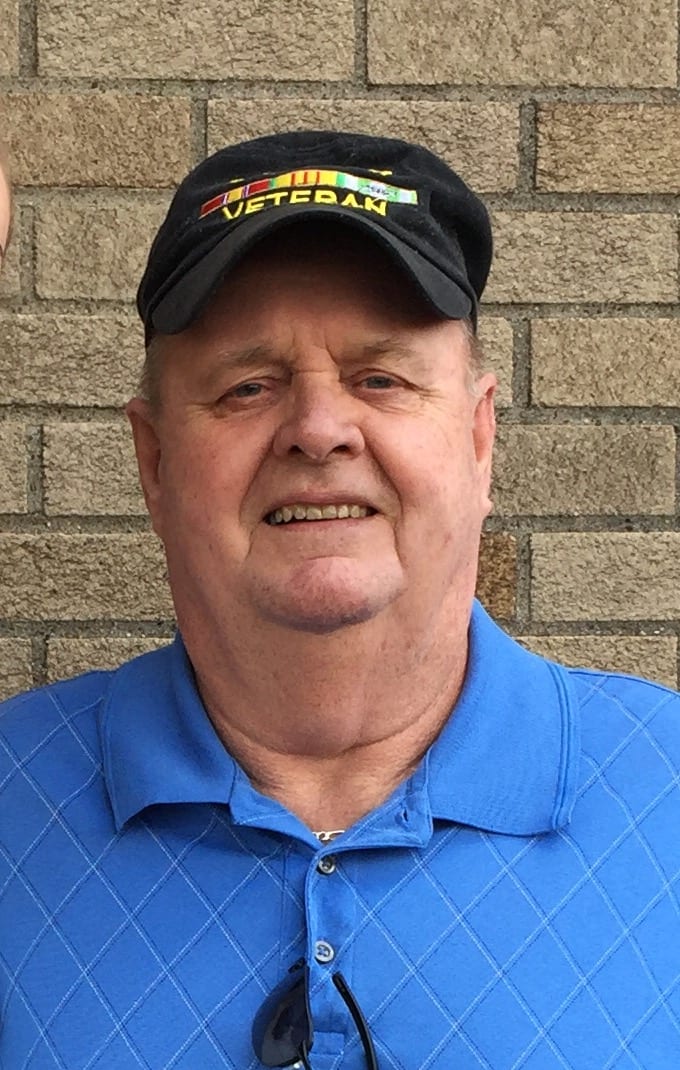 Visitation
Thursday May 25, 2017
2:00 pm - 8:00 pm
Altmeyer Funeral Home - Lutes & Kirby-Vance Chapel
118 Grant Avenue
Moundsville, WV 26041
304-845-4560 | Directions
Cemetery
Friday May 26, 2017
Riverview Cemetery
Moundsville, WV
Directions
Service
Friday May 26, 2017
11:30 am
Altmeyer Funeral Home - Lutes & Kirby-Vance Chapel
118 Grant Avenue
Moundsville, WV 26041
304-845-4560 | Directions
Larry Elwood South, 70, of Moundsville, WV died Monday, May 22, 2017, in Wheeling Hospital following complications with Chronic Lymphocytic Leukemia.
He was born on May 18, 1947, in Reynolds Memorial Hospital, a son of the late Harley L. and Gladys “Jeannette” South.
He was a retired mail carrier for the Proctor, West Virginia Post Office, a US Army Veteran and a Christian by faith.
In addition to his parents, he was preceded in death by a brother-in-law, Douglas Harris.
Surviving is his wife of forty-eight years, Ruth Ann Yeager South of Moundsville; a daughter, Lorri A. (Tony) White of Moundsville; a son, Harley E. (LeeAnne) South of Moundsville; two brothers, Rick C. (Marlene) South and Kevin H. (Mary Ann) both of Moundsville; two sisters, Sherry L. (Dean) Pettit of Moundsville and Leanne M. Harris of Wheeling; an uncle, E.D. (Bea’) Yeater of Clermont FL; an aunt, Carol Judy (Ronnie) Lanch of Moundsville; grandchildren, Carley A. South, Tristen N. White,  Lauren A. Cook and Lindsay C. Cook.
He was a member of the VFW Post 437 of Moundsville and the American Legion 0018 of Cameron as well as the Moundsville Cruisers Car Club.  He loved golfing with his buddies and spending time with his grandchildren.
Friends will be received Thursday, May 25, 2017, from 2 pm to 8 pm at Altmeyer Funeral Home, Lutes & Kirby-Vance Chapels, 118 Grant Avenue, Moundsville, WV where service will be held Friday, May 26, 2017, at 11:30 am with Rev. Douglas Ondeck officiating. Interment will follow at Riverview Cemetery where graveside military services will be conducted by the Moundsville Honor Guard, Moundsville, WV.
In lieu of flowers, memorial contributions may be made to the Marshall County Animal Shelter, 37 Animal Shelter Dr., Moundsville.
Online condolences may be expressed to the family at www.altmeyerfuneralhomes.com.
15 Condolences
Inline Feedbacks
View all condolences
Shirley Schultheis

Dearest RuthAnn and Family, I am so sorry to hear of the passing of Larry. He is with the Lord now and free of any sickness and suffering. You are surrounded by family and friends that love you, please take comfort in knowing that. My thoughts and prayers are with you.

So sorry for your loss Ruth Ann.

Ruth Ann, Lorie, and Harley, you have my deepest sympathies. Larry was such an easy spirit. Great father and husband. We’re sorry for your loss and wish you all the best. Have faith that he is at peace.

Ruth Ann and family,
I’m so sorry to hear of your loss. I remember you and Larry stopping at Mdsv. Jr. High the year I had Harley in class. What a nice young man. Keep hold of your wonderful memories. You’re in my thoughts and prayers.
Sincerely,
Kathy Cheslick McGilton (Class of ’65)

Ruthann
Very sorry about the passing of Larry.Prayers with you all.
Charles “Butch” Elston

Ruth Ann, Bill and I are so sorry for your loss. Praying for you and the family.

Ruth Ann & Family, I’ll always remember the times Larry and I had together doing remodeling work and carpentry jobs. He taught me so much and we had such fun together. He blessed me and everyone he touched with his life. Our love and prayers go out to you all.

Dear Ruth Ann and Family: I didn’t really know Larry but hope that good thoughts & prayers will be of some help during this time of sorrow. With each new day, your memories are the happiness that will help ease your pain. My deepest sympathy to all of you.

The Gittings, Butch, Sherry and family

Ruth Ann, Lorie, Harley and family : To all of you our deepest sympathy for the loss of a very special person. Larry was that special person to us from the first time we meet in 1968,the smile, the way he talked. He will forever live in our hearts. Our prayers and hugs to you all at this time and in the days ahead Love Butch and Sherry

Ruth Ann and Family,
Wishing you peace to bring comfort, courage to face the days ahead and loving memories to forever hold in your hearts.