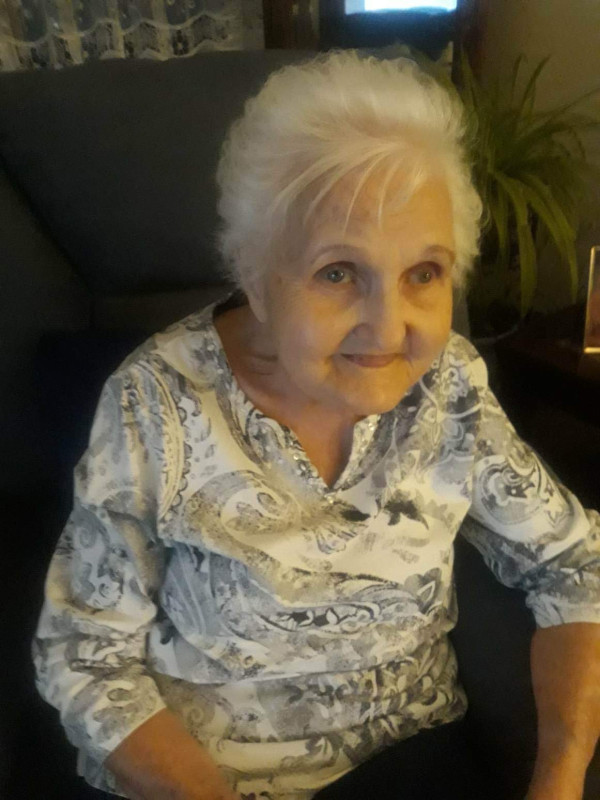 Lela Marie. (Harris) Shaw-Nickerson, ,92, of Wheeling, WV, passed away on Saturday, December 17 2022 at Wheeling Hospital.
Lela was born on June 25, 1930 in Braxton, County, WV, daughter of the late Clyde and Anna (Life) Harris.
She was a retired house keeper for Hawley Corporation and a Baptist by faith.
In addition to her parents, she is preceded in death by her husband, John H. Nickerson; daughter, Elizabeth Ann Russell; sons, John Michael Shaw and Clyde William “Bill” Shaw Sr; sisters, Ruth Harris and Ruby Smith and brothers, Carl, Clyde Jr. and Hoy Harris.
Surviving are her children, Ruth Mayne of Dillonvale, OH, Anna (David) Nemo of Newport News, VA; sons, James “Jim” (Mary Ann) Shaw of Triadelphia and Max Shaw of Triadelphia; step-children, George Ann Fields of Wheeling and Johnny (Sharon) Nickerson of Wheeling; sister, Rada McPherson of Morgantown, WV and several grandchildren, great-grandchildren, nieces and nephews
Friends will be received on Friday, December 23, 2022 from 10am until time of services at noon at Altmeyer Funeral Home, Elm Grove Chapel with Reverend Harry Croft officiating.
Interment will follow at a later date.

I am so happy to had the pleasure of knowing such a wonderful lady. She always made me feel like family and she was an amazing woman. Love you mama. You are Forever in my heart ❤️ 💙

I am so sorry for your loss of your beautiful mom she was such a good woman who always had a kind word for everyone she met and raised some wonderful children even if you were not her child she always welcomed you with open arm’s we all know the she is with God and her beautiful family in heaven and know that she is watching over all of us .

A life well lived with the biggest heart and acceptance. We will always love you Granny and will always keep you in our heart and mind. We are very blessed to of shared many years with you! We miss and love you deeply!!
Love Always and forever ❤️
Your Granddaughter,
Ashley and Brad
Xoxo