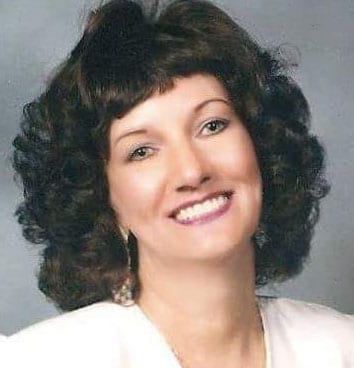 She was born May 9, 1938 in Littleton, WV, the daughter of the late Dennis and Bernadine Hall Loudenslager.

Leona was a tutor with Foster Grandparents Benwood/McMechen, a  homemaker and a Christian by faith.

In addition to her parents, she was also preceded in death by her husband, John D. Johnson; a brother, Edward Loudenslager; two sisters Margaret Tuluskas and Elaine Loudenslager.

Family and friends will be received on Monday, January  23, 2017 from 2-4 pm and 6-8 pm at Altmeyer Funeral Homes, Benwood-McMechen Chapel where services will be held on Tuesday, January 24, 2017 at 1 pm with John Wright officiating. Interment to follow at Halcyon Hills Memorial Gardens, Wheeling.

My sincere sympathy. May the live of those close to you and your memories bring you comfort. And may God’s promise of the resurrection give you hope. (Acts 24:15)

I was a Classmate of Leona and her sister at UHS back in the good old days. She was liked by everyone. She will be missed by all who knew her. May she rest in Peace, God Bless Her!
Ted Lander, Classmate

Was a classmate of Leona in the graduating class 0f 1956 at Union H.S. She always had a smile for everyone. Got to know her better at our reunions and missed her at the last few. Good-bye friend.

Have known Leona since childhood, living next door and UHS class of 1956. Always a lovely and kind person. Our condolences to all of her family.
Rosetta, Barbara and Regina
Viscolosi

The passing of a dear loved one, is a difficult experience for the family. Sorry for your loss. May you all find comfort as you pour out your hearts in prayer to Jehovah, “the God and Father of our Lord Jesus Christ. the Father of tender mercies and the God of all comfort, who comforts us in all our trials.” 2 Corinthians 1:3, 4.