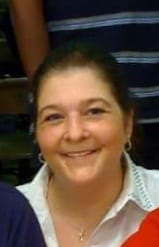 Lisa was born June 2, 1969, in Bellaire, Ohio, a daughter of Paul Soltesz of Wheeling and the late Bonita (Fabry) Soltesz. She was a Catholic by faith; and a 1987 graduate of Wheeling Park High School.

Lisa was a kind and loving mother, sister and daughter. In addition to her mother, she was preceded in death by her paternal grandfather, Frank Soltesz; and maternal grandmother, Kathryn Fabry.

Friends will be received on Wednesday, November 8, 2017, at Altmeyer Funeral Home, Elm Grove Chapel, 154 Kruger Street, Wheeling, from 10 am-12 pm and 2 pm until time of services at 4 pm, with the Rev. James Lacrosse officiating. Lisa will privately be interred with her mother at Mount Calvary Cemetery.

Rest easy girl, Ill do my best to be there for Zac and Wyatt till they see you again.

May the promise found at Isaiah 25:8 bring some comfort in the death of Lisa M. Pelkey. “He will swallow up death forever. The Sovereign Lord will wipe away the tears from all faces.” Just imagine no more pain and grief due to the death of a love one! By means of the Kingdom that Jesus Christ taught us to pray for, God will remove sickness, old age and death from the human family. No human suffering of any kind!

Lisa was part of our family and took care of our son for a number of years. We are very saddened by hearing of her death.She was a very kind person,and we liked a lot. Our thoughts and prayers are with her family. She will be missed! Love! Char,Rod,& Chris Clark