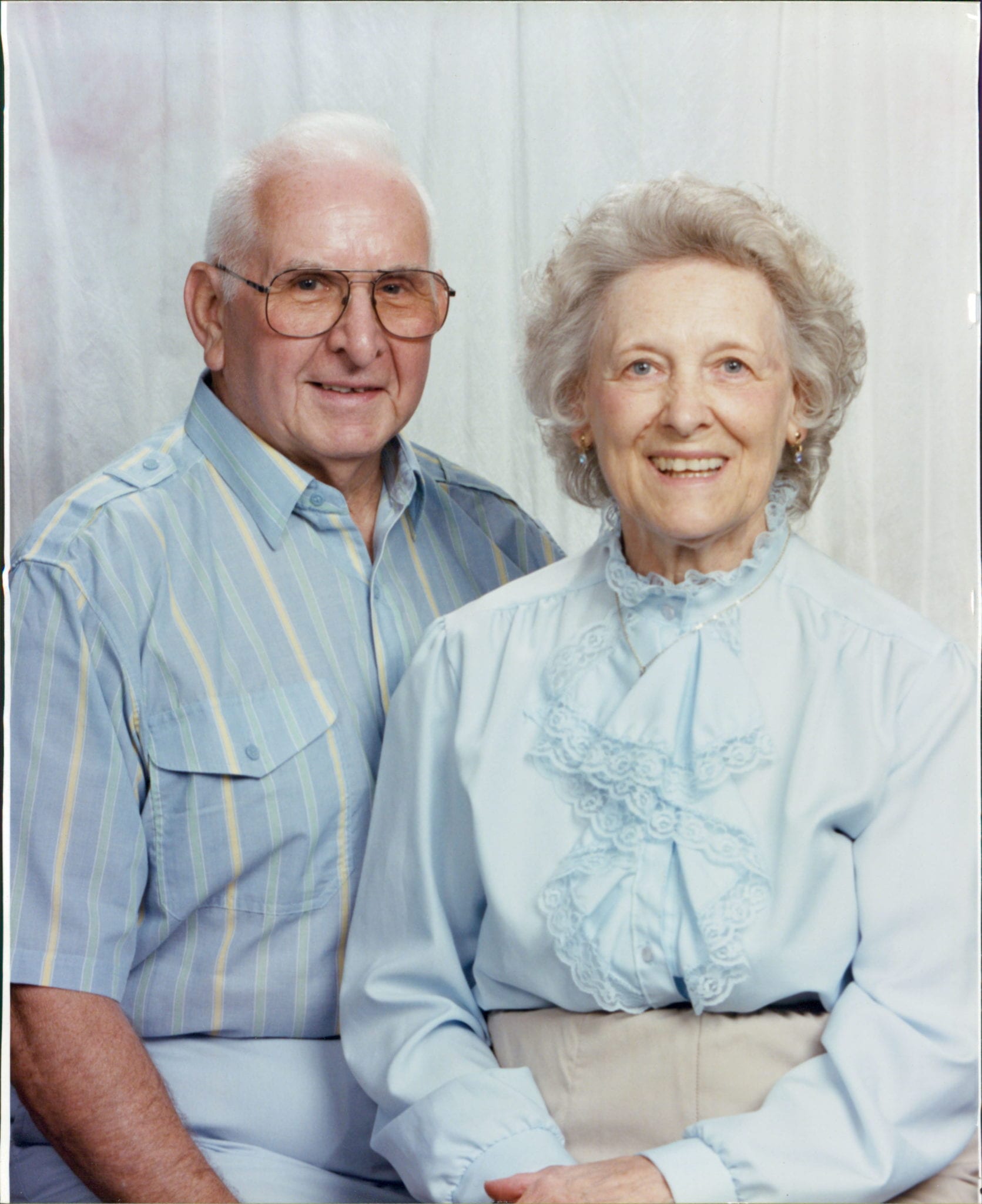 Lois was born May 7, 1928 in Bellaire, Ohio, a daughter of the late Howard and Bertha (Walker) Greenwood.  She was a graduate of St. John Central High School, Bellaire and a member of St. Alphonsus Catholic Church, Wheeling.

In addition to her parents, she was preceded in death by her loving husband of 66 years, Friend J. Evans; a son, Joseph Russell Evans; three sisters, Eugenia A. Krapa, Catherine L. Moscato and Angela Marie Cunningham; two brothers, James and William Greenwood; and an infant brother, Joseph Greenwood.

Friends will be received from 2-4 & 6-8 pm, Thursday, at the Altmeyer Funeral Home, 1400 Eoff Street, Wheeling, where a vigil service will be held at 7 pm.

Mass of Christian Burial will be celebrated at 10 am, Friday, August 14, 2015, at St. Alphonsus Catholic Church, with the Rev. Douglas Ondeck as celebrant.  Interment will be in Halcyon Hills Memorial Park, Sherrard, W.Va.  Online condolences may be offered to the family at www.altmeyer.com

Yvonne and Family, My prayers and thoughts are with you and your family. Your Mom was a wonderful lady. Sorry I can’t make her funeral as I don’t live in the area anymore. Love you, Donna Newhart Herzog

Dear Yvonne and family
Sending our condolences for your loss. Our thoughts and prayers are with you. God Bless and comfort you.
Love
Debbie (O’Connell) Bryan and family

Grandma Across the Road , for the longest time that is what we called you , but you were so much more than that . You were always there for us and never faltered with your love for us . You instilled a love a family and helping others in me. I’m sorry that I can’t be there to remember you with the others , but I’m doing what you taught me by taking care of my babies today . I love you gram and I will never forget the little life lessons you taught me or the love you showed me . I

Lpis ,you were my other mother, you were there for me when my mom passed,and when I needed advice. How I enjoyed watching you with the girls while they were growing up. Watching the special moments you shared with them brings back so many memories I and they will treasure. One pf the favotite memories is how patiently you would take Corrim and look for the baby bunnies in the yard. And how we went to Krogers and my water broke, I didn’t know you could move that fast to gey John, you were so afraid I would have Corrin Alta before we got home. , For everythingyou did for me and the girls I.thank you. Iknow youare at peace with pap by your side,and I hope you know you will be missed and will live in the hearts of those you loved I love you Lois Evans, my othrr mother. Rest in peace