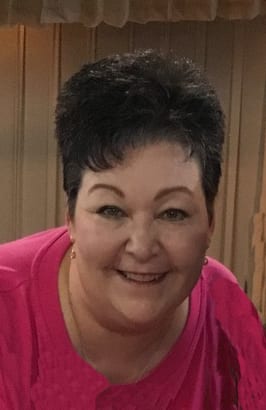 In addition to her parents, Lori was preceded in death by her father in law, Lou Castilow.

A very special thanks to the kind people at Liza’s Place for the care Lori received while there and a very heartfelt thank you to a special angel, Charity Stackhouse for her kindness and help at a very difficult time.

I have so money wonderful memories of Lori back in the Corpus Christi days. She was always a very good friend of mine Chet. May God Bless her

Our world has lost a very big hearted and kind human being. When I think of Lori I always remember how she made me laugh and was very much a strong willed person and told it like it was, whether it was good or bad. I loved that about her.
Michelle, you and your family are in my prayers today and always. Lori loved you very much and I truly believe she will always be with you.
Chet,
I know this is a very difficult time for you. Always know that people are praying for you to get through this difficult time and that Lori loved you very much and is watching over you. She will never be forgotten.

Lori was a wonderful person who brought joy to our lives. We miss her. For all her family and friends know that you are in our prayers.

Prayers for the family. Lori was such a nice and funny person. She always told you how it was. We started the same year and they forgot about our 25th year so we had our own cupcake and party in the cosmetic aisle. She always had funny stories to tell.

We’re so sorry to hear of Lori’s passing. It was such a shock. Our thoughts and prayers are with all of you.

May the memories you’ve shared provide peace and joy to replace the sadness you’re all feeling at this time.

My heartfelt sympathy to Chet, Michelle, and all of your families during this difficult time. Lori was an amazing sweet, beautiful soul who had an edgy bitchy, sarcastic side that made me love her from the start. We were so much alike, I will miss you my friend, but remember the fun times discussing some of those times we shared. Love you!!! Joyce

My condolences to the family on the loss of your loved one. Losing someone you love is truly difficult and I know Lori will be missed. Please know our heavenly Father holds out promises that can help us with our sorrow. One such promise is that death soon will be done away with forever (Revelation 21:4) and another promise is that “there is going to be a resurrection.” (Acts 24:15) I pray these promises from God, who cannot lie, (Titus 1:2) bring you comfort.

Sorry for your loss. I worked with Lori at St. C. Kroger’s. May your memories help you through this difficult time.

Sending my deepest sympathies to Lori’s family. I’m going to miss her sassiness and wit at work. She was always so funny and easy to smile and laugh. She always had a funny story to tell me. I’m so sorry for your loss. May Gods peace be with you all

You are in our prayers. So sorry for your loss.