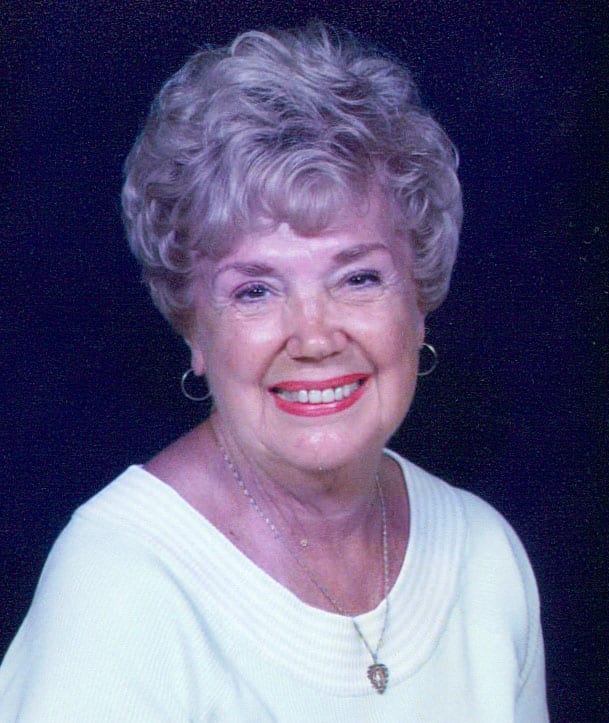 Dakovic, Lorraine Marie Ciocca, 90, of Wheeing, went to be with Jesus her savior on Saturday January 6, 2018 in Good Shepherd Nursing Home.

She was born September 8, 1927 in Wheeling, the daughter of the late Andrew and Elsie Crock Ciocca.

In addition to her parents, she was also preceded in death by her husband, George P. Dakovic  in October 2004 and a sister Norma Ball.

Family and friends will be received on Tuesday January 9, 2018 from 3-8 pm at Altmeyer Funeral Home, 154 Kruger Street, Wheeling where Mass of Christian Burial will be celebrated on Wednesday January 10, 2018 at St. Michael’s Catholic Church, Wheeling at 10:00 am with Rev. Msgr. Kevin Quirk as celebrant. Interment to follow at Mt. Calvary Cemetery, Wheeling.

Vigil service will be Tuesday at 5:00 pm at the funeral home with Rev. Msgr. Anthony Cincinnati.

Online condolences may be made to the family at altmeyerfuneralhomes.com.

All of my love and sympathy to George, Cheryl and all family members! Your mom was one of the sweetest ladies that anyone would ever want to meet! She never knew a stranger!! May she rest in peace with our Lord above and may time help to heal your broken hearts!

Thoughts and prayers to all. She was a beautiful woman and a beautiful soul. I have such fond memories of her from back to the days of Dr. Farr. God Bless her, she has her wings now!

Sorry for the loss of your mother. Prayers for you and your family.

George, Bev and family – Our deepest sympathy on your loss. You are in our prayers.

Deepest sympathy in the loss of your mother, prayers that God gives you comfort at this difficult time.

Such fond, wonderful memories of such a beautiful lady. So sorry to hear of her passing but may your loss be replaced by the memories you hold so dear❤️

Extending my sympathy to George, Cheryl and each member of your families.
I shall always remember Mrs. Dakovic as the Cathedral Grade School Mom who looked like a movie star!

Our condolences to George and Cheryl and your families. I always enjoyed seeing Lorraine regardless of a family event or at Wheeling Hospital. Sara would come home after volunteering at Wheeling Hospital telling me she talked to her and she was always smiling and kind. She lived a full and good life. God Bless her and each of you.

My deepest condolences to the family on your loss. May God give you comfort and peace at this difficult time. She was a lovely woman with such a good heart. I know how much you will miss her.

May your family find comfort as
“the hearer of prayer” embraces their heart. Lean on one another for strength and encouragement to stay strong during this most difficult time.