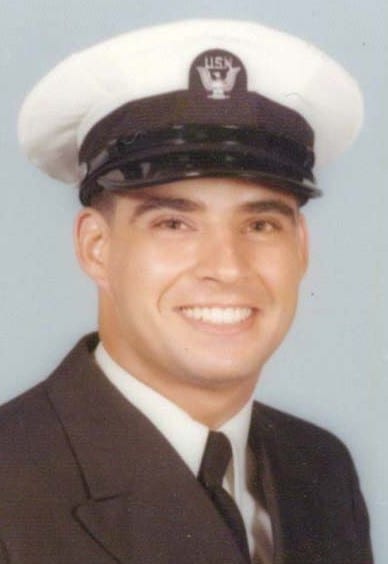 Lou was born March 4, 1950, in Wheeling, a son of Mary A. (Rohanna) Seabright Lish of Wheeling and the late Harry Charles Seabright. He was a self-employed barber and hairdresser; a graduate of Wheeling Central Catholic High School; and received his Business Degree from West Virginia University. He was also a member of St. Alphonsus Catholic Church, Wheeling; and a U.S. Navy veteran.

In addition to his father, Lou was preceded in death by an infant brother; his maternal grandparents, Camille and Mimi “Selma” Rohanna; and Frank Lish. In addition to his mother, he is survived by his two brothers, Michael (Cindy) Seabright of Greensboro, N.C. and Kim (Jan) Seabright of Follansbee, WV; a sister, Jody Seabright of Wheeling; four nephews, Christopher (Beth) Seabright, Eric (Jasmine) Seabright, Michael Seabright and Abbie Seabright; and two nieces, Jennifer (Joe) Lallone and Natalie (Matt) Dunn.

Friends will be received from 2-7 pm, Monday, at the Altmeyer Funeral Home, 1400 Eoff Street, Wheeling, where a vigil service will be held at 6:30 pm.

Mass of Christian Burial will be celebrated at 10 am, Tuesday, August 16, 2016, at St. Alphonsus Catholic Church, with the Rev. Bekeh Utietiang as celebrant. Interment will follow in Mount Calvary Cemetery, Wheeling, at the convenience of the family.

In lieu of flowers, the family suggests memorial contributions be made to The Children’s Home of Wheeling, Inc., 1 Orchard Road, Wheeling, WV 26003 (click here); or Liza’s Place, Valley Hospice Care Center South, 10686 State Route 150, Rayland, OH 43943 (click here). Memorial contributions may also be made online at www.TMCfunding.com. Online condolences may be offered to the family at www.altmeyer.com.

Louie and I both lived at Towers dorm our first year at WVU. We became close friends. Louie always said he passed freshman English because of me, but I doubt that. I did help him study it. Didn’t keep in touch, but a couple of times, he called and we spoke for hours. It was as if we’d spoken regularly. He was devoted to his mother, and I know his passing is a heartbreak. Lou will live in my memory, and in many others. A special guy.

Talented,creative, a true romantic who needed no introduction! Lou was handsome charming and pulled no punches ! I will miss Lou so much and give my sincere condolences to his family ! I cannot imagine how great a loss they feel! God bless Lou – he was one in a million and more

I MET LOU YEARS AGO WHEN HE WAS DOING HAIR AT A SHOP IN ST CLAIRSVILLE, HE WAS ALWAYS SMILING AND COULD MAKE YOU FEEL SO GOOD BY THE TIME YOU LEFT. HE WAS TAKEN FROM THIS WORLD TOO SOON. I KNOW HE WILL BE SADLY MISSED BY HIS FAMILY. REST IN PEACE LOU.

I grew up with Louis in South Wheeling. My thoughts and prayers are with the family.

Thank you, Lou, for all the wonderful laughs! I am so glad I got to know you. You will be sadly missed. My heartfelt condolences to your mother and family. May you rest in peace.

Lou was such a great fellow. I will always remember his smile and the fact that he always made me laugh and encouraged me to be my own person. I am so sorry that I did not know of his passing in time to come to the viewing. I know you all loved him very much and I am so sorry for your loss. He will be missed.

Gone too soon … what a marvelous guy!
Thoughts and prayers to all during this sad time.

I was so sad to hear of Lou’s passing. I’ve gotten to know Lou over the last thirty years and to know him is to love him. As he styled my hair, we had the opportunity to talk about our lives and families. It was amazing how many acquaintances we had in common. Lou always had interesting stories to tell and good advice for raising my teenage sons. I will miss Lou so very much. My deepest sympathy to his mother and the Seabright family.

Each time I saw Lou, he lifted my spirits. He had an outgoing personality and had many many stories to tell. He will be missed. I am praying for him and his family.

During the first few months of freshman year at Central we all joined Sodality groups. The boys had their own and the girls had theirs. The boys and girls were separate back then, so the only boys I knew personally were the ones I went to grade school with. Our Sodality groups met after school. After the very first meeting was over, I came out of the room into the hallway by myself. There was a coke machine in the hallway. This freshman guy came up to me and said, “Hi, I’m Lou Seabright” and bought me a Coke from the machine. From that point on. after every Sodality meeting he treated me to a bottle of Coke. Now if that wasn’t one of the sweetest gestures! But, that was Lou!