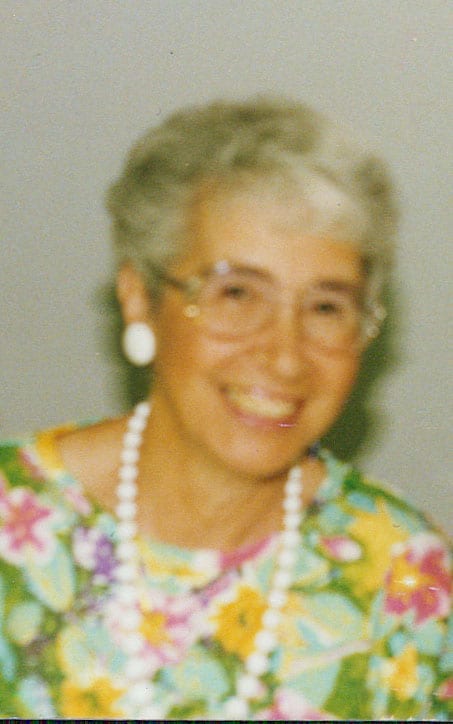 PILARCZYK, Louise “Gigi” DeCicco, 92, of Wheeling, W.Va., died Friday, October 5, 2018 in Good Shepherd Nursing Home.
She was born December 6, 1925, in Cosenza, Italy, a daughter of the late Joseph and Agata Mazzuca DeCicco. She was a retired clerk for GAC Finance and a member of St. Vincent de Paul Catholic Church in Wheeling.
In addition to her parents, she was preceded in death by her husband, Joseph Pilarczyk, one sister, Mary Antonucci, one brother-in-law, Louis Antonucci, and special friend, Alex Pizi.
She is survived by one son, Frank J. (Jeanne) Pilarczyk of Wheeling; one sister, Jeanie (Richard) Reddy of Wheeling; one grandson, Joseph Pilarczyk of Pittsburgh, Pa.; and many nieces and nephews.
Friends will be received on Monday, October 8, 2018 from 6-8 pm at the Altmeyer Funeral Home, Elm Grove Chapel, 154 Kruger Street, Wheeling, where a vigil service will be held at 6 pm. Mass of Christian Burial will be celebrated on Tuesday, October 9, 2018 at 10 am at St. Vincent de Paul Catholic Church, Wheeling, with Msgr. Paul Hudock as celebrant. Interment will follow in Mount Calvary Cemetery, Wheeling.
The family would like to especially thank Dr. Mercer and the nursing staff at Good Shepherd Nursing Home for all their love and care for Gigi.
Online condolences may be expressed to the family at www.altmeyerfuneralhomes.com

The McGinnis family shared so many memories with Gigi. She lived across the street from us on Marshall Ave. My mother, Valerie kept in touch with her until my mother’s memory failed her. She taught my younger brother, Paul to speak Italian when he was about three years old. Gigi was Valerie’s best friend and confidant. Many cups of coffee were consumed and many pizzelles were shared over much needed girl talk. May they be catching up in heaven.

I truly miss Gi Gi. For the last 5 months she greeted me every day with a big warm smile. We tried hard to talk and share, but it was so hard. But she never lost her smile. I am so sorry for you loss, Gi Gi was truly a very special person, I know she was loved and will be missed by all that knew her.

In loving memory of a very special person. Louise was a part of my life and my family’s for many years. As a part of our family, we celebrated all milestones and special occasions together. I will especially remember sharing dinners with her and enjoying her pasta sauce.

I am so sorry to learn of Louise’s passing. For many years she was a very special part of my life while maintaining a special friendship with my grandfather, Alex Pizi. In recent years, as her health declined, she has been missed at holiday gatherings and family functions. She was very special to me and will be missed greatly.

Condolences and Sympathy to Gigi’s family. I knew Gigi for a long time, when she worked at Bud Ziegenfelder’s ice cream & candy store on 18th Street in East Wheeling. Rest in Peace Gigi.