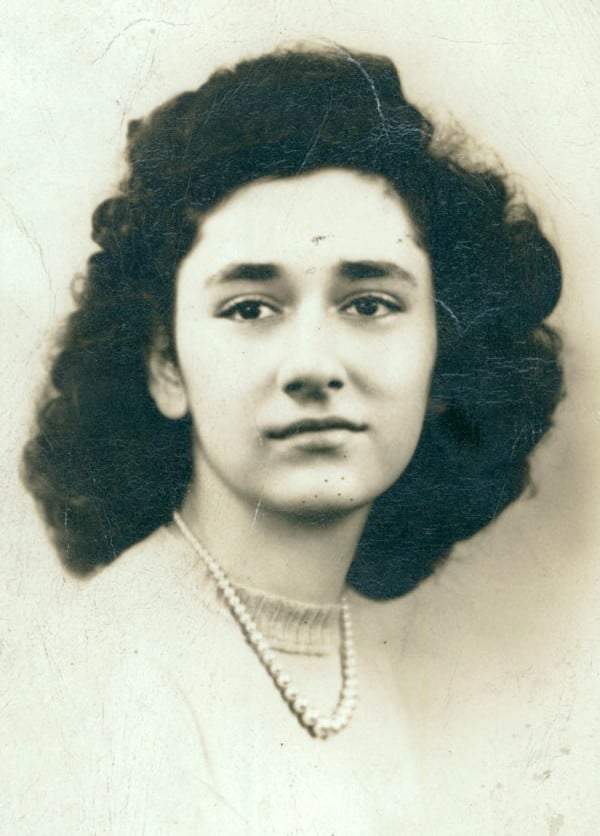 She was born December 21, 1927 in Wheeling, a daughter to the late Oliver Ciardullo and Theresa Costanzo Ciardullo.

She was employed by the Ohio Valley Lithographic Company in her earlier years and was a former substitute teacher for Cathedral Grade School.

Lucille was a devout Catholic and a lifelong member with St. Joseph’s Cathedral in East Wheeling. She was a hardworking volunteer and served in many roles at the church and in the community. She served as eucharistic minister and regularly organized and managed senior & funeral luncheons for fellow church-goers. She visited parishioners that were homebound or in nursing homes and honored them with homemade cards, especially at Christmas and Easter. She also volunteered at the Catholic Neighborhood Center monthly from its inception until just a few years ago.

She was an avid Pittsburgh Pirates fan, and rarely missed watching a game on TV or listening to them on the radio.

In addition to her parents, she was preceded in death by her husband, Chester M. Renowicz in 1990; two sisters, Rose Principe and Viola George, a brother, Patrick Cardullo.

Surviving are her three children, Theresa Stahl, and her husband Michael of Wheeling, sons Chester Renowicz and Paul Renowicz, also of Wheeling; four grandchildren, Sarah Stahl (Salvatore Insana) of Pittsburgh, Matthew Stahl (Kristin Phillips) of Apex, NC, Philip Stahl and Rebecca Stahl (Ryan Orth), both of Wheeling; a great-granddaughter Eloise Insana, several nieces and nephews and her beloved Aunt Helen Boyles of Cypress, Calif.
Friends will be received on Friday, November 25, 2022 from 2-8pm at Altmeyer Funeral Home, 1400 Eoff Street, Wheeling. Mass of Christian Burial will be Saturday, November 26, 2022 at 10:30am at Cathedral of St Joseph with Rev Narisetti Sateesh and Rev Carlos Melecoton as co-celebrants. Interment to follow at Mt. Calvary Cemetery, Wheeling.

In lieu of flowers or gifts, please perform a random act of kindness, help someone in need, or volunteer in Lucille’s memory.

Great memories of Lucille. Much love to Teresa, Chester, and Paul.

Theresa, Paul and Chester, so sorry for your loss. I have very fond memories of your mom and your aunt Viola. They were so fun to be around and talk to. They are now in heaven with many stories to tell each other. Such beautiful ladies!

Lucille was one of my favorites at CCC. Every time I walked in her room her face would light up when she saw me. I could have stayed in her room and talked with her for hours. She always put a smile on my face if I was having a bad day. She will be greatly missed.

Theresa, So sorry to hear of your loss. May God welcome her with open arms. You and your family will be in my prayers.

What a nice lady. She was my Aunt Viola s sister. Both of then walked the walk; true symbols of the Catholic tradition. All the best to Paul, Theresa, and Chester.

A very sweet lady , always when you saw here, condolences to the family especially former teammates Chester and Paul

Paul, so sorry for the loss of your mother. You and your family are in my thoughts and prayers