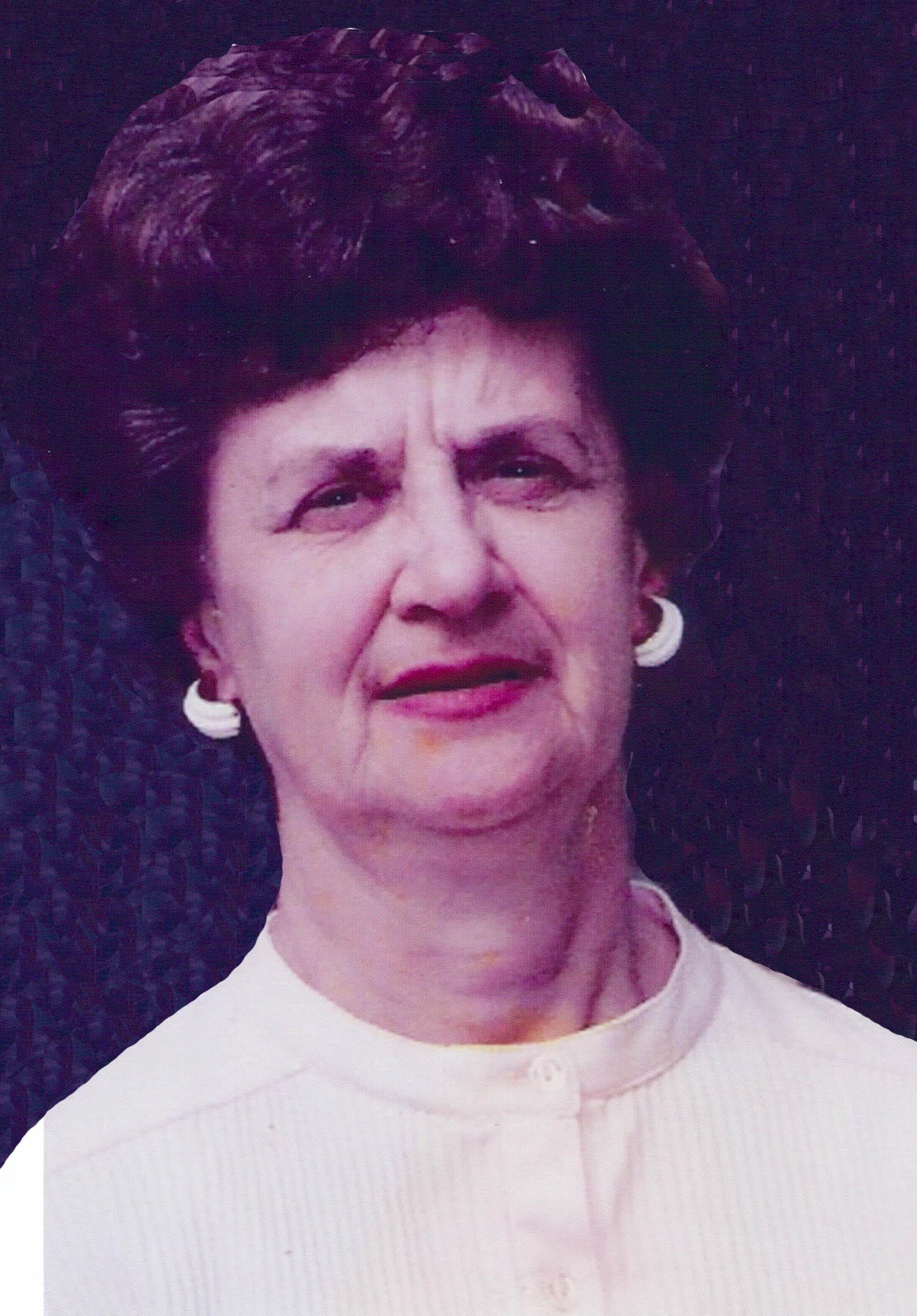 Margaret graduated from St. Joseph’s Academy in 1941, a former employee of the Sterling Drug Company, and a volunteer at Wheeling Hospital for 27 years.

In addition to her parents, she is preceded in death by her loving husband, Raymond “Bud” Coleman; her sister, Lillian Connors and her grandson, Steven Carter.

Family and friends will be received on Saturday, January 28, 2017, from 9-10:30 am at Altmeyer Funeral Home, Elm Grove Chapel, 154 Kruger Street. A funeral Mass will follow at 11 am at St. Michael’s Catholic Church with Rev. Richard Shoda as celebrant. Interment will be at Greenwood Cemetery .

The family would like to sincerely thank the entire staff at Good Shepherd Nursing Home for Margaret’s Care.

Memorial contributions may be made to any local animal shelter.

Condolences may be offered online at www.altmeyerfuneralhomes.com

To the Coleman family and friends, please accept my belated condolence. Can you imagine a time when there will be no more sickness (Isaiah 33:24), no more death (Isaiah 25:8) and all those in the grave will be resurrected (Acts 24:15). Soon we will not need to use our imagination because Jehovah God (Psalm 83:18) promises us that by means of his Kingdom (Daniel 2:44) these things will be a reality and we know God does not lie. (Numbers 23:19). For more information on this subject, click the following urls: tinyurl.com/mezwv23 and tinyurl.com/jyp4yl4.

I’m so very sorry for the loss of your mom, Margaret. I’m so glad I had the pleasure of meeting her and taking care of her. I will miss her and her story’s dearly. May God bless you and your family. You’re forever in hearts and our thoughts Margaret, fly high our guardian angel.

Michelle and I offer sincere condolences for the loss of your Mother. She is now wrapped in the loving hands of God along side of her Husband and Steven.

Fly high with the Angels Margaret you will never be forgotten. I am glad I had pleasure of meeting and taking care of you. Thanks for the memories. Love you always!

To each and everyone of you I’m so sorry for your lose, I know Margaret is at peace and where she wants to be. I will miss her dearly even when she was being alil contrary she will always hold a special place in my heart. I loved her like she wasn’t my own grandma and I will miss her alot my daily routine will be strange for awhile. It wad so nice meeting and being a part of your lives as well and I will miss seeing you as well Take Care and God Bless.

Sherry and Kim, so very sorry to hear of your mom passing, but the day she left a great granddaughter was born,. I’m sure she is celebrating with your dad and Steven . Sending prayers for you and your family.

My sincere and deepest condolences to the family of Mrs. Coleman. Denny Albaugh

Sherry, I’m sorry to hear of the passing of your Mum. I’m sure she was a special lady, as I know that you are. I know God’s presence and peace will be with you. Praying for you. God Bless to you and your family.

Dear Kevin, I,m truly sorry for the loss of your mother. Prayers for you and your family.