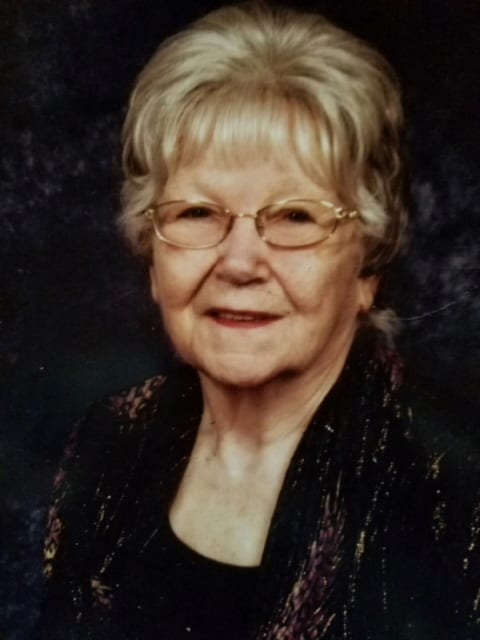 She was born April 30, 1930, in Steubenville, Ohio, a daughter of the late Washington J. Moore Sr. and Anna Howell Moore. She was a member of the Simpson United Methodist Church in Moundsville. She was a 1948 graduate of Moundsville High School. She was formerly employed at Youngers Dry Cleaning, Neubauers Florist, WMOD Radio and WEIF radio for 10 years. She also worked at the WV Penitentiary between 1968 until 1988. While working there she held several different positions including the Warden’s secretary and the first female corrections officer in the facility.

In addition to her parents, she was preceded in death by her husband Kenneth E. “Gene” Dakan, her foster parents, Clarence and Sarah Rader, one brother, Washington J. Moore Jr., and one sister, Mary Jane Schmidtz.

Margaret and her husband were avid WVU football and basketball fans. She and her husband also enjoyed traveling and traveled to all 50 states and several countries in Europe and Central America.

Her greatest love was her family. Her happiest moments were the times she spent with her family during holidays, celebrations, sporting events, and family picnics.

She was loved dearly and will be greatly missed.

Friends will be received on Wednesday, May 30, 2018 from 2-4 & 6-8 pm and on Thursday, May 31, 2018 from 10 am until time of funeral service at 11 am at the Altmeyer Funeral Home, Lutes & Kirby-Vance Chapels, 118 Grant Avenue, Moundsville with Rev. Dennis Mehaffie officiating. Entombment will follow in Riverview Cemetery, Moundsville.

Thanks for being a friend Margaret. I will deeply miss you!

Heartfelt sympathy to them he whole Dakan family even though I only met your mom at your fathers funeral felt as if I knew her. Your dad was my milk man for Garvins Dairy and he never stopped telling me stories of his kids the Mountaineers , Monarchs and his beloved Margaret not to mention thePirates He would slip me a few “damaged” gals of milk that he could not sell. We always had a running bet 1.00 a game between the bucs and the reds. But this is about your mom. No one can replace them but we are all blessed for having such great parents. My thoughts and prayers to you all. Lance at Neelys

The video is a very special tribute. Brought back many fond memories. Again, so sorry for you loss.

Barb and Bruce so sorry for your loss. Prayers are extended to the whole family. I know that she will be missed as iyou did such fun things as a family.

I just watched the tribute video. Bring back lots of good memories of your mom and dad and the family. You are all in my prayers. God bless you

So sorry to hear of Margaret’s passing. I knew her well from having worked with her at WVP, and from her husband Gene who I knew since childhood. I often saw them at WVU sporting events, and in particular remember sitting right beside them at a game vs. Virginia Tech in Blacksburg. She was such a nice lady. Sincere condolences to her family.